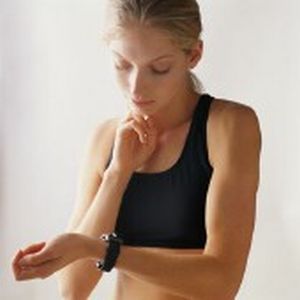 The findings challenge a common theory that's never been directly tested in patients, according to the study authors.

Their research included 85 women (22 with anorexia, 33 with bulimia and a control group of 30 without an eating disorder). The study participants were assessed for two days to determine how stress affected their eating habits.

"The idea was to see what happened when these women were stressed. Did it affect key regions of the brain important for self-control, and did that in turn lead to increases in food intake? What we found surprised us and goes counter to the prevailing theory," said Margaret Westwater, who led the study as a doctoral student in the psychiatry department at the University of Cambridge, in the United Kingdom.

When presented with a buffet, the women with eating disorders ate less overall than those in the control group, but the amount they ate didn't differ after having stress-inducing or non-stressful tests, the findings showed.

The researchers did find that activity in two key brain regions were associated with the amount of calories consumed in all three groups, suggesting that these regions play an important role in controlling eating.

"Even though these two eating disorders are similar in many respects, there are clear differences at the level of the brain," Westwater said in a university news release.

In particular, women with bulimia seem to have trouble with slowing their response to changes in the environment. That might result in hasty decisions that leave them vulnerable to binge eating, she added.

"The theory suggests that these women should have eaten more when they were stressed, but that's actually not what we found," Westwater said. "Clearly, when we're thinking about eating behavior in these disorders, we need to take a more nuanced approach."

The findings were published April 12 in the Journal of Neuroscience.

Co-senior author Paul Fletcher said the findings make clear that the relationship between stress and binge eating is very complicated.

"It's about the environment around us, our psychological state and how our body signals to us that we're hungry or full," said Fletcher, a professor of psychiatry.

If researchers can better understand how the gut shapes thoughts related to self-control or decision-making, they may be in a better position to help people with "these extremely debilitating illnesses," he said.

"To do this, we need to take a much more integrated approach to studying these illnesses," Fletcher added.

The U.S. National Institute of Mental Health has more on eating disorders.