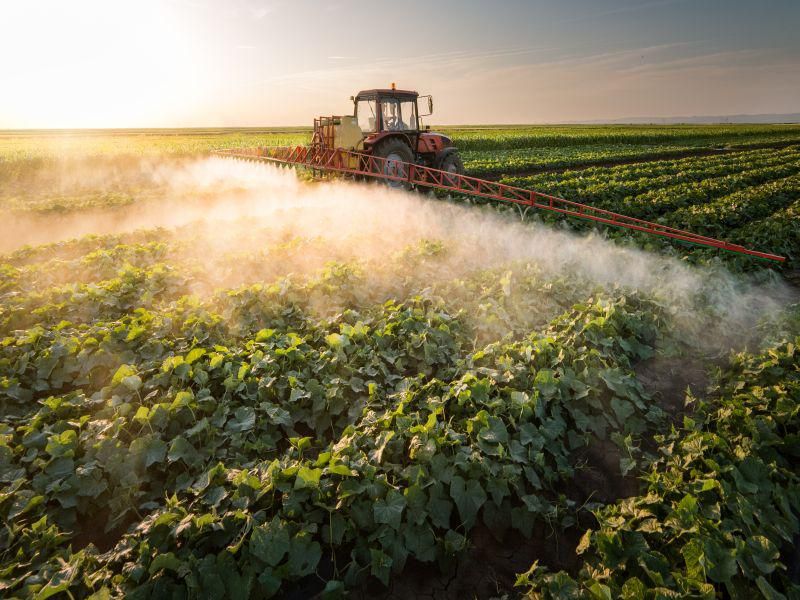 A long-banned pesticide may be having health effects that ripple across generations, a new study suggests.

At issue is DDT, a once widely used pesticide that was banned in the United States in 1972. That ban, however, was not the end of the story.

DDT is a persistent organic pollutant, a group of chemicals that are slow to break down and linger in the environment for years. So people can still be exposed to DDT through the food chain, particularly fatty animal products.

In addition, exposure to DDT in the womb has been linked to a number of longer-term health issues, including obesity and certain cancers.

The new study goes even further, the researchers said.

It found that young women whose grandmothers had higher DDT levels during pregnancy were more likely to be obese, versus their peers. They were also more likely to start menstruating before age 12, which hints at hormonal effects.

It's the first study to suggest the impact of DDT might span three generations, said senior researcher Barbara Cohn. She directs child health and development studies at the Public Health Institute in Berkeley, Calif.

DDT is considered an "endocrine disruptor," which means it's capable of interfering with hormone activity in the body.

In past studies, Cohn's team has found that women's DDT levels during pregnancy in the 1960s might affect the long-term health of their kids. Among adult children, those exposed to more DDT in the womb have shown relatively higher risks of obesity, breast cancer, testicular cancer and other health conditions.

But how would granddaughters be affected by their grandmothers' exposure to the chemical? Mothers are the potential link, Cohn explained.

All of the eggs a woman will ever have are formed during her fetal development, Cohn said. That means her eggs -- including the ones that will become her future children -- can be affected by the grandmother's exposures.

If DDT did, in fact, influence women's egg development, it's not clear how. The chemical would not necessarily have to cause a gene mutation, Cohn said. There are subtler modifications that can happen, she noted, ones that affect gene activity without changing the genetic code itself.

But for now the "how" is unknown.

Other researchers called the findings significant.

"Our exposure to these persistent chemicals should be taken seriously," said Kurunthachalam Kannan, a professor of pediatrics at NYU Grossman School of Medicine, in New York City.

Kannan, who was not involved in the research, studies the potential health effects of chemical pollutants.

He cautioned that the new study cannot prove grandmothers' DDT exposure raised granddaughters' odds of obesity and early menstruation. The researchers lacked information on diet, so it's not clear how much of a factor that might have been, Kannan said.

Beyond that, he said, there are many chemicals believed to disrupt hormone activity, and granddaughters were probably directly exposed to a broader range of them than their grandmothers ever were.

According to The Endocrine Society, endocrine disruptors include other persistent organic pollutants (largely pesticides and industrial chemicals like PCBs and dioxins). In addition, endocrine disruptors can turn up at home, in the form of chemicals in plastics, lotions, makeup and other household products, including phthalates, parabens and bisphenol A.

So a bigger-picture question is whether exposure to "small doses" of many endocrine-disrupting chemicals could be a factor in obesity and other health outcomes, Kannan said.

That point was echoed by Sue Fenton, a researcher with the U.S. National Institute of Environmental Health Sciences, which helped fund the study.

"This isn't so much about DDT as it is about persistent organic pollutants," Fenton said.

Obesity has become a crisis in the United States and many other industrialized counties, she said, and it's important to understand whether chemical exposures are a contributor.

It's not clear what that means, Cohn said. Since DDT is stored in fat, it's possible that grandmothers' extra body fat reduced their daughters' exposure in the womb, she noted.

On the other hand, grandmothers' weight did not affect the link between high DDT exposure and granddaughters' early menstruation. That, Cohn said, suggests it's more complicated than "just a storage issue."

She agreed the findings are about more than DDT, itself.

The obesity epidemic came on so quickly, it can't be related to changes in genetic vulnerability, Cohn said. And while diet often gets the blame, other broad exposures could be at work, too, she said.