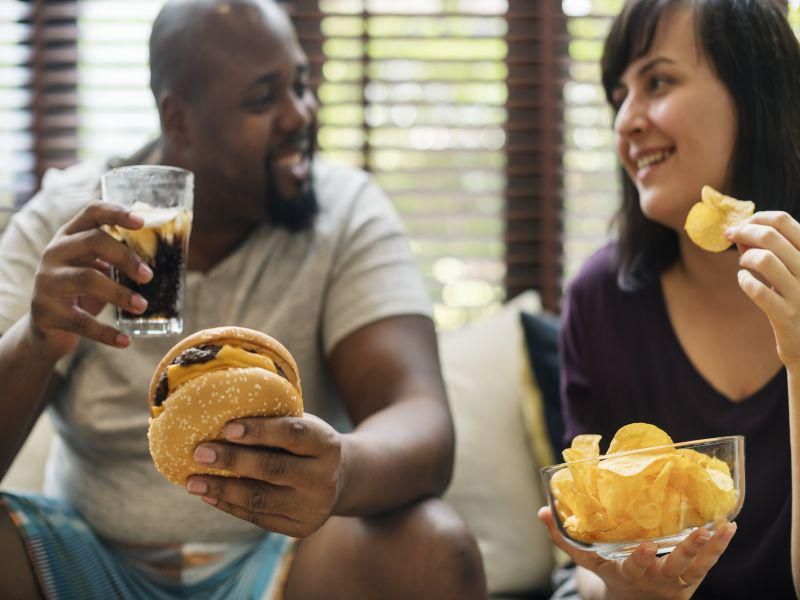 Taking a deep dive into how Americans eat, a new dietary analysis finds that no matter where people get their food, bad nutrition rules the day, with one key exception: schools.

The conclusion is based on surveys conducted among 61,000 adults and children between 2003 and 2018. Respondents' answers revealed that the quality of much of the food they've been getting from restaurants, grocery stores, work sites, entertainment venues and food trucks has remained consistently poor over the years.

But a very different picture has been unfolding in American schools. During the study period, children have seen the poor nutritional content of their in-school meals (as a percentage of all school-based food on offer) drop by more than half, down from 57% to just 24%.

"That is a very notable finding from our study," said lead author Junxiu Liu, an assistant professor in the department of population health science and policy at the Icahn School of Medicine at Mount Sinai in New York City. (During the study, Liu was a postdoctoral student at the Friedman School of Nutrition Science and Policy at Tufts University in Boston).

"Across all groups and income levels, the nutritional quality of meals and snacks eaten at school improved dramatically over the study period," she noted.

Not coincidentally, Liu stressed, that study period coincided with the passage of the "Healthy, Hunger-Free Kids Act" in 2010, an Obama administration effort to set higher national nutritional standards in schools across the nation.

And the result, said Liu, is that "school is the healthiest place for Americans to eat right now."

The problem? On average, school meals account for only 9% of all the food a child gets over the course of a year, according to the researchers.

Some small but positive trends were identified. For example, the percentage of nutritionally poor foods purchased at grocery stores dropped a bit over the years, from 40% to 33% among adults, and from 53% to 45% among children. Roughly two-thirds of all food consumed by both adults and children is now sourced from a grocery store.

However, good news was in short supply at the nation's restaurants, which supply roughly a fifth of all adult and child calories consumed. More than two-thirds of the food adults consumed at restaurants remained consistently bad over the study period. And the bad diet picture was even worse among children at restaurants, where poor nutrition accounted for 85% at the study launch and only dipped to 80% by the end.

At work sites, adults fared no better, with bad food accounting for 56% of consumption in 2003, only dropping to 51% by 2018. And the pooled trend regarding all other food sources actually got worse with time, with adults and children seeing poor food proportions rise from 34% to 44% and 40% to 52%, respectively.

The story is even bleaker when seen through the prism of race, income and education. For instance, the team found that white, wealthy, and better-educated Americans are more likely to be getting increasingly nutritious foods in grocery stores than their Black, Hispanic, poorer and less well-educated peers.

That is not the case in schools, however, where dramatic improvements in food quality were seen across the board. Liu attributed the upswing to increased access to whole grains, fruits, greens and beans, and lower exposure to sugary drinks, refined grains, added sugar and saturated fat.

But the authors pointed out that impediments to accessing school meals during the pandemic likely pose a bigger threat to the nutritional welfare of poor and minority children than to kids who can access healthier food elsewhere.

"Recent disruptions in supply chains and food security due to COVID-19 further amplify the importance of understanding how nutritional quality may vary from different food sources and for different population subgroups," said Liu.

Liu and her colleagues published their findings April 12 in JAMA Network Open.

The findings come as little surprise to Lona Sandon, program director and assistant professor in the department of clinical nutrition with the school of health professions at the University of Texas Southwestern Medical Center at Dallas. But she said a lot can be done to try and "change the environment."

There's more on nutrition at the U.S. Centers for Disease Control and Prevention.