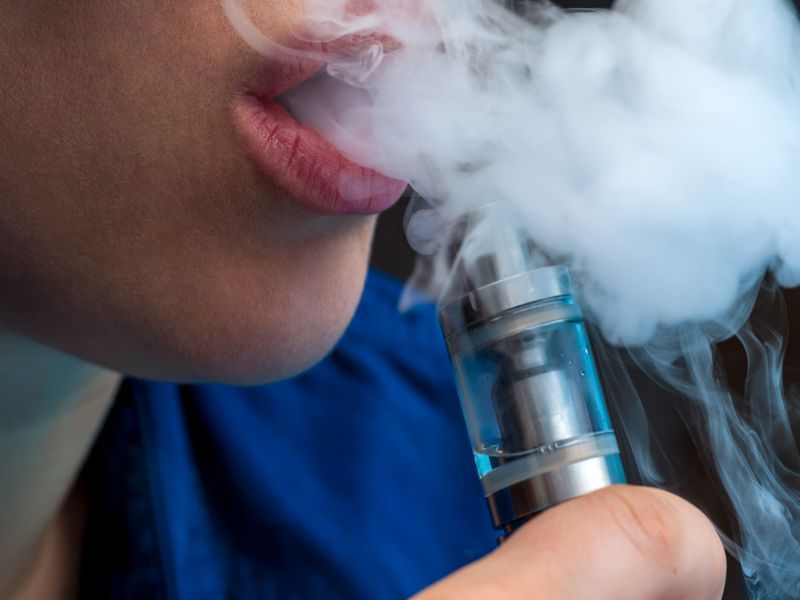 DJ Khaled, Halsey and other musicians are selling electronic cigarettes to young people through product placement in music videos that receive hundreds of millions of views, a pair of new studies report.

The videos feature female models using vape products and exhaling vapor clouds. In one scene, DJ Khaled himself uses a device and blows a puff into the camera.

"I was surprised at the reach of the music videos," said senior researcher Jon-Patrick Allem, an assistant professor of research at the University of Southern California's Keck School of Medicine, in Los Angeles. "Some of them highlighted in the paper and some similar videos I've come across outside of the study period receive a billion views in a relatively short period of time."

Exposure to glamorous images of e-cigarette use does have an impact on a young person's decision to vape, according to a second study.

Young adults who recalled seeing vaping in a music video they watched were nearly three times more likely to report ever trying an e-cigarette and more than three times as likely to have vaped in the past month, compared with those never exposed to such imagery, the researchers found.

"We're seeing evidence of a dose-response relationship," Allem said. "The more a young person recalls seeing a specific music video that did have vaping product placement, the more likely they were to report current e-cigarette use compared to someone who had less exposure."

In the first study, researchers reviewed 180 official music videos from the Billboard Hot 100 song list between June and September 2018, looking for ones that contained e-cigarette product placement.

The investigators found only seven music videos that featured vaping, or about 4% of the videos reviewed. Six featured e-cigarette use, and one showed an aerosol cloud.

The videos included "Te Boté" by Casper Mágico, Nio García and Darell; "No Brainer" by DJ Khaled; "Narcos" by Migos; and "Alone" by Halsey.

Even though videos featuring vaping were few, their reach was great, receiving more than 1.6 billion views on YouTube alone.

The second study surveyed 1,280 young adults (aged 18 to 24) to see if this sort of exposure had any influence. Participants answered an online questionnaire between August and October of 2019.

Further, those who remembered seeing more videos with vaping in them had a greater chance of picking up an e-cigarette, the findings showed.

"People who report watching seven, eight or nine videos are more likely to report e-cigarette use than someone who's seen one or two videos," Allem said.

"They agreed there would no longer be product placement for combustible cigarettes and chew tobacco in music videos, in television and in movies," he said. "But electronic cigarettes didn't exist at this time. They weren't a thing, so they clearly aren't part of that agreement."

"The groundwork or precedent is there to say, hey, if we can't have product placement with these companies, why wouldn't that extend to electronic cigarettes and other types of products that are harmful to the developing brain?" he said.

But with the advent of the internet, any effort limited solely to within the United States is not likely to have a major impact, said Dr. Panagis Galiatsatos, director of the Tobacco Treatment Clinic at Johns Hopkins Medicine in Baltimore.

"International movies and shows have a lot of e-cigarette usage. It's hard to find ones where you don't see young characters vaping," Galiatsatos said. "Any effort to drive this down can't be American-centric. These streaming services have international films and series that are very appealing and watched heavily in the U.S. You need to tackle this in a global manner."

In the meantime, Allem and Galiatsatos urged parents to be proactive in discussing e-cigarettes with their kids.

"Parents should discuss the harms of vaping with their children. Nicotine is a poison for the developing brain, and it is highly addictive," Allem said. "They also should discuss the possibility of media influencing and manipulating them, and this notion that what they're seeing in these videos could lead one to believe that certain behaviors are normal and rewarding, and are desired."

"You've got to get ahead of this, because if you don't, your children will be introduced to this without your influence," he said. "Don't let them be seduced by social media or by movies. Films make things appear more glamorous than the reality. It's definitely up to the parents to ensure the child recognizes that's not a glamorous thing."

The new findings were published April 6 in the journal Health Education & Behavior. The earlier report was published in Nicotine & Tobacco Research.

The U.S. Centers for Disease Control and Prevention has more about e-cigarettes and youth.