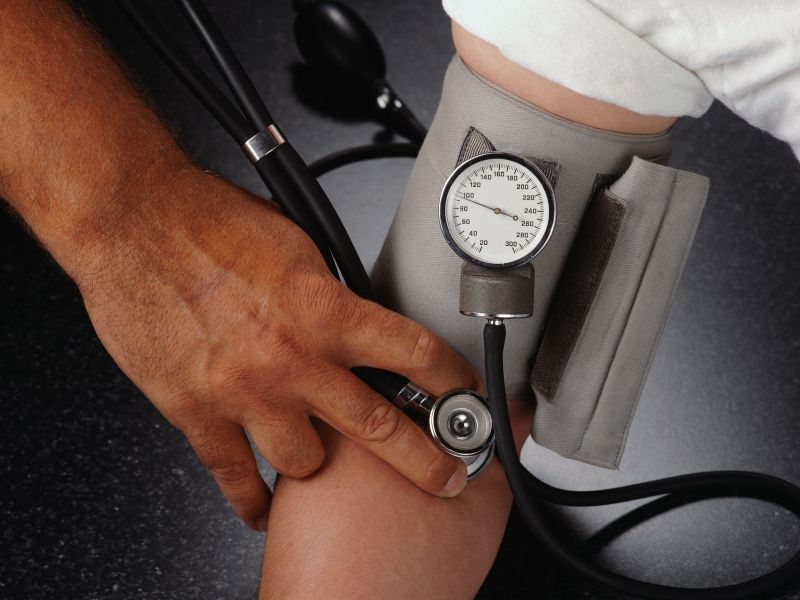 For the study, the researchers reviewed the medical records of more than 8,000 U.S. veterans with HIV who developed high blood pressure between 2000 and 2018. Of those, around 6,500 had never been diagnosed with heart or blood vessel problems.

At the start of the study, patients' average age was 53. Three-quarters were taking antiretroviral medications for their HIV. Roughly eight in 10 were on one type of blood pressure drug, with 13% on beta-blockers, 11% on calcium channel blockers, 24% on angiotensin-converting enzyme inhibitors or angiotensin II receptor blockers (ACEi/ARBs) and 23% on thiazide or similar diuretics.

Over 6.5 years of follow-up, one-quarter of the veterans had a cardiovascular event. Among those who had not been diagnosed with heart disease at the beginning of the study, the risk of developing heart disease, heart failure or stroke for the first time was 90% higher among those taking beta-blockers than those taking ACEi/ARBs, the most frequently prescribed type of high blood pressure medication.

"We suspected there could be differences in risk based on which medications providers select to treat hypertension among people with HIV due to potential interactions between blood pressure medications and some therapies used to treat the virus," said study co-author Dr. Jordana Cohen.

"Additionally, factors such as how the body handles salt, inflammation and the accelerated aging of blood vessels may affect the risk of cardiac events in people with HIV differently than people who do not have HIV, which could be influenced by which blood pressure medication is used," Cohen said.

The increased risk associated with beta-blockers was found whether or not patients had their blood pressure under control.

Thiazide or similar diuretics and calcium channel blockers weren't associated with an increased risk of heart problems, the findings showed.

Among veterans with HIV who did not have chronic kidney disease, the use of ACEi/ARBs was associated with a lower risk of developing heart failure, while those taking other blood pressure medications had about a 50% higher risk of heart failure, according to the study.

The findings were published April 5 in the journal Hypertension.

"We were surprised by the high rates of beta-blockers prescribed for first-line hypertension treatment since they are not recommended as first-line agents," said Cohen, an assistant professor of medicine and epidemiology at the University of Pennsylvania Perelman School of Medicine, in Philadelphia.

"We suspect this may be due to the fact that many people with HIV receive primary care from their infectious disease team, who do an amazing job at managing HIV but may not be focused on blood pressure treatment guidelines and contraindications," Cohen noted in a journal news release. "Ideally, a patient's primary care and infectious disease team should work together for the best possible outcomes."

The researchers pointed out that because this was a retrospective analysis, it can't establish a cause-and-effect relationship between the type of blood pressure medication and heart disease risk.