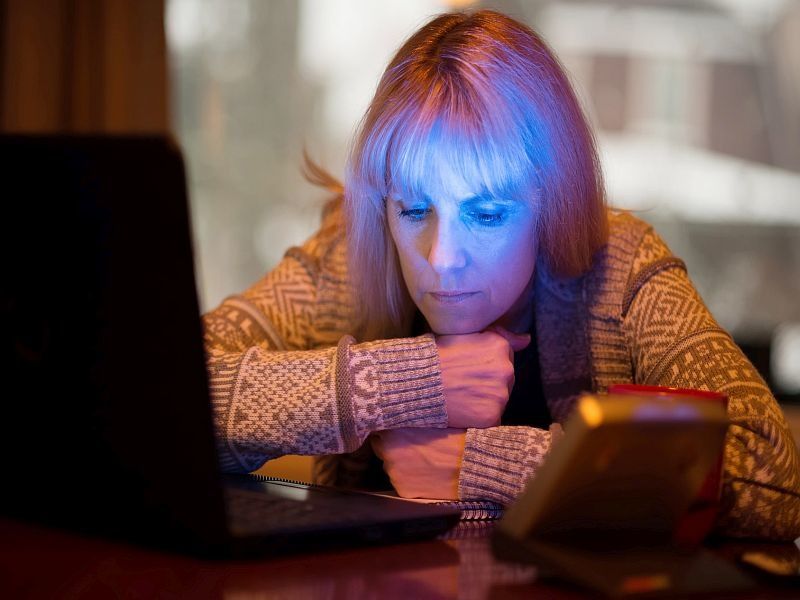 Middle-aged folks who feel persistently lonely appear to have a nearly doubled risk of developing dementia or Alzheimer's disease, a new study reports.

If you take steps to counter your loneliness, however, you might actually reduce your dementia risk, the researchers found.

Dementia risk rose 91% in those who reported feelings of loneliness that persisted across two separate health exams taken a few years apart in mid-life (ages 45 to 64 years), according to findings published March 24 in the journal Alzheimer's & Dementia.

But if people felt lonely in the first exam but not during their next check-up, their dementia risk decreased by 66%, the study found.

It might be that people who can recover from loneliness are more psychologically resilient and better able to respond to age-related brain changes, said senior researcher Dr. Wendy Qiu, a professor of psychiatry at Boston University School of Medicine.

"Some people, when they feel lonely, they may do things like do more exercise or socially they go out. They do something about it. They have their families and their friends come to visit," Qiu said. "That's why they're lonely and next time they don't feel lonely."

Interestingly, widowhood or living alone did not appear to be directly associated with Alzheimer's risk, Qiu noted. That indicates loneliness could be a state of mind rather than something imposed on a person by their circumstances.

Claire Sexton, director of scientific programs and outreach for the Alzheimer's Association, said, "You can live alone and not be lonely, or you can be surrounded by people and still be lonely. We need more studies to really tease apart whether it's loneliness that matters or whether it's social isolation, and what types of interventions are then needed."

These findings raise hope that if middle-aged folks and older people overcome feelings of loneliness and social isolation experienced during the COVID-19 pandemic, their brain health will not suffer long-lasting effects, Qiu and Sexton said.

"It's a particularly apt time to be having this conversation with the COVID pandemic," Sexton said. "Many people have been reporting increased feelings of loneliness, and this can also be especially relevant for people who are living with dementia and for their family members."

For the study, Qiu's team drew on data from the Framingham Heart Study, a famous, federally funded multigenerational study of people in the town of Framingham, Mass.

Participants in the study receive regular health evaluations, including some questions aimed at psychological issues and brain diseases like dementia and Alzheimer's.

Participants were then tracked for 18 years or more to see if they developed dementia or Alzheimer's.

There are a few potential explanations of the link between loneliness and brain decline, experts say.

People who are persistently lonely might suffer from a lack of mental stimulation that comes from fewer social interactions and less engagement with the world around them, said Dr. Maria Lapid, a geriatric psychiatrist with the Mayo Clinic in Rochester, Minn., who reviewed the findings.

"When we don't use our muscles, they shrink," Lapid said. "This could potentially happen to the brain, as well. That's why it is so important to keep up with mental exercises to keep the brain healthy."

But it also could work the other way around, Sexton noted. People who are falling prey to dementia might start cutting back on activities in a way that leads to loneliness.

"It could be if there are changes in the brain due to Alzheimer's disease, these then impact upon what types of activities somebody is able to do," she said. "If they're finding some activities more difficult, they may withdraw from them. That could lead to social isolation or feelings of loneliness."

The experts encourage lonely people to talk with someone about their feelings, whether it's a doctor, a family member or a friend.

Lapid said that "it is important to talk to somebody about the feelings of loneliness, and not keep it in. In addition to being at risk of developing dementia, persistent loneliness can also lead to depression, anxiety or other more severe mental health conditions that can negatively impact a person's overall quality of life and functioning. So loneliness needs to be recognized and managed properly to avoid further deterioration."

The U.S. Centers for Disease Control and Prevention has more on the health consequences of loneliness.