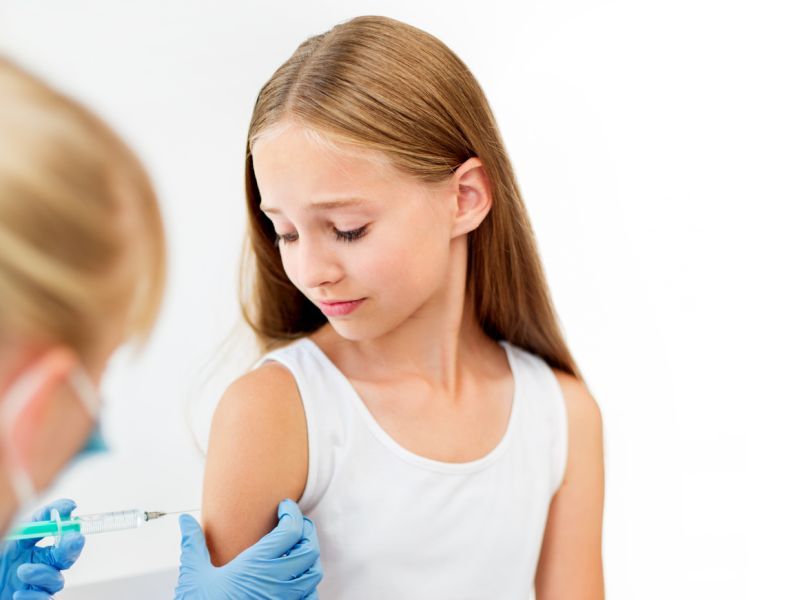 Fifteen years of widespread vaccination of U.S. children with the human papillomavirus (HPV) vaccine is reaping big rewards: A more than 80% drop in new infections has been seen in women and girls under the age of 25.

That could mean an equally big drop to come in a host of dangerous conditions that are linked to HPV infection, including cancers of the cervix, anogenital area and mouth/throat, as well as anogenital warts.

What's more, a hoped-for "herd immunity" appears to have set in, so that the benefits of HPV vaccination are extending to women who never got the shot, according to researchers at the U.S. Centers for Disease Control and Prevention.

U.S. data collected through 2018 showed that infections with four strains of HPV targeted by available vaccines "continues to decline among females aged 14 to 19 (88%) and 20 to 24 (81%) compared with before vaccination [efforts]" began in 2006, wrote a team led by Dr. Hannah Rosenblum, of the CDC's Epidemic Intelligence Service.

"The findings also show evidence of indirect protection of unvaccinated females through herd effects in these age groups," the researchers added.

One expert who wasn't involved in the study said it highlights another win for vaccines.

"The HPV vaccine is a great example of how vaccines in general have benefited society," said Dr. Adi Davidov, who directs gynecology at Staten Island University Hospital in New York City.

Davidov believes that, over time, the "decline will be even more pronounced and there will be a significant decline in the rates of [pre-cancerous] cervical dysplasia and cervical cancer."

Certain strains of sexually transmitted HPV are thought to be the leading cause of cervical cancers. The first vaccine aimed at warding off infection was approved by the U.S. Food and Drug Administration in 2006, and it was targeted to four strains of the virus.

In 2015, a vaccine that targeted five additional strains was approved, and these "9-valent" shots have been the standard since 2016.

Current CDC recommendations are that girls and boys aged 11 to 12 receive HPV vaccination, and "catch-up" vaccination is recommended for women through the age of 26.

To find out how successful vaccination efforts have been in stamping out HPV in the United States, Rosenblum's group looked at national health databases compiled through 2018.

Besides the good news on steep reductions in HPV infection in girls and young women generally, they also report that among a subgroup of females who are sexually experienced. Among these girls and women, HPV infection rates fell by 97% among those aged 14 to 19, and by 86% for those aged 20 to 24, compared to rates in the pre-vaccine era.

That was even true for sexually experienced girls and women who'd never gotten the vaccine: In this cohort, HPV infections have fallen by 87% among those aged 14 to 19, and by 65% among those aged 20 to 24, compared to rates in the pre-vaccine era.

Again, that suggests what the researchers call "strong herd effects," where widespread vaccination restricts HPV to an ever-shrinking pool of people it can use to infect and spread.

The report's data was focused on infection with the four strains of HPV included in the original vaccines, the CDC team noted.

Rosenblum's team did offer up one caveat, however: "The COVID-19 pandemic has the potential to reverse gains made in HPV vaccination coverage in the United States," as parents keep adolescents away from doctors' offices during lockdowns.

Dr. Jennifer Wu is an obstetrician/gynecologist at Lenox Hill Hospital, also in New York City. Reading over the new findings, she said they show that "the impact of a nationwide vaccine initiative is profound."

But she also agreed with the CDC team that "the current concern is that vaccine initiation and completion will decline with the current COVID pandemic. Doctors and patients need to realize that vaccine schedules are still very important to future health at this time."

The findings were published March 26 in the CDC's Morbidity and Mortality Weekly Report.

There's more on recommendations on HPV vaccination at the CDC.