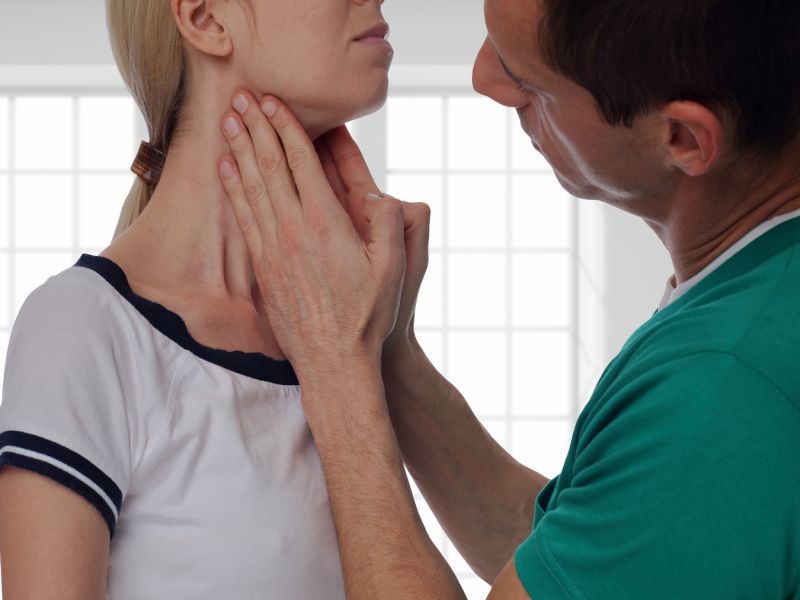 The first drug approved in the United States to treat thyroid eye disease may come with an unwelcome side effect for many: A small, new study finds that up to two-thirds of patients who take the medication experience hearing problems.

Teprotumumab (Tepezza) was approved by the U.S. Food and Drug Administration in January 2020. In two clinical trials conducted before FDA approval of the drug, hearing problems were reported in 10% of patients. But this new study found that the rate could be as high as 65%, the researchers said.

The findings were presented recently at The Endocrine Society's virtual annual meeting.

Thyroid eye disease is an autoimmune disease in which the eye muscles and fatty tissue behind the eye become inflamed, and is primarily associated with an overactive thyroid gland due to Graves' disease.

Teprotumumab is given to patients once every three weeks for a total of eight infusions, and it has been shown to provide significant benefits to patients, the study authors said in a society news release.

The most common were hearing loss (23%), ringing in the ears (27%), ear plugging sensation (12%) and autophony, an unusually loud hearing of a person's own voice (29%). The symptoms developed after an average of 3.6 infusions of teprotumumab.

Of the 17 patients with new hearing issues, four had new or worsening sensorineural hearing loss, which results from damaged hair cells in the inner ear. Two of those four patients had improvements in symptoms at one and six months, the findings showed.

Three patients had patulous eustachian tube, a disorder in which the channel that runs between the middle ear and back of the nose and throat stays open. Normally, these eustachian tubes are closed and open only occasionally to regulate air pressure around the ear drum. After three months, symptoms of this condition improved, but did not completely disappear, the researchers said.

The study's follow-up period of three months after stopping the drug is too short to assess whether such hearing problems can be reversed, said senior study author Dr. Andrea Lora Kossler. She is an assistant professor of ophthalmology at Stanford University School of Medicine, in California. Future studies will evaluate risk factors for hearing loss and the reversibility of symptoms, she noted.

The National Organization for Rare Disorders has more on thyroid eye disease.