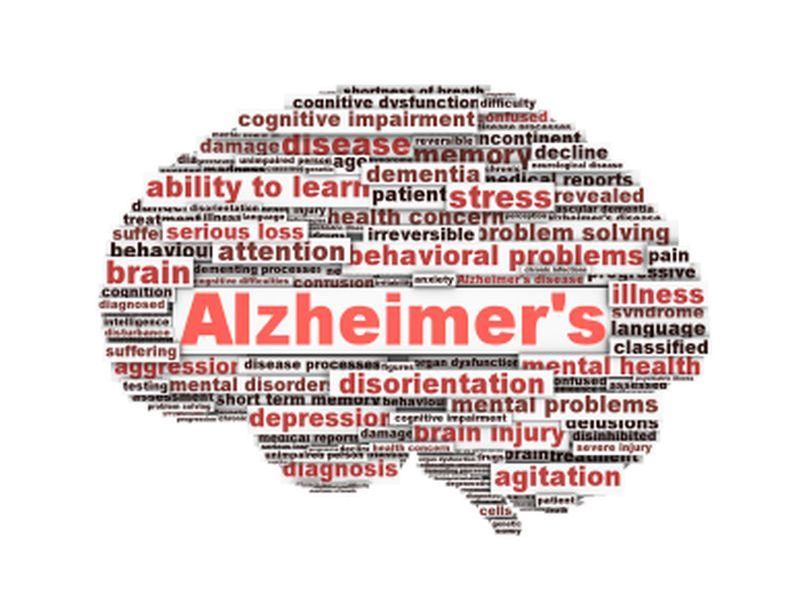 About 7 out of 10 Alzheimer's patients wound up free of the brain plaques that are a hallmark of the disease after treatment with a potentially breakthrough experimental drug, clinical trial results show.

The drug, donanemab, also significantly slowed the patients' brain decline, according to findings published March 13 in the New England Journal of Medicine.

The phase 2 clinical trial involved 257 patients, about half of whom received intravenous donanemab every four weeks for up to a year and a half. The other half received a placebo.

"The drug was extremely efficient in removing amyloid from the brain, so much so that by the end of the trial, 70% of individuals who entered with high levels of amyloid were essentially in the amyloid-negative range, which is really profound," Apostolova said. "Such a percentage has not been reported today with other drugs that have successfully also removed amyloid, so that's pretty remarkable."

Alzheimer's is characterized by buildup of a second kind of protein called tau, which forms "tangles" within the brain tissue of patients. Increasingly, scientists are realizing that tau could be an active player in Alzheimer's disease. Donanemab does not target or treat the tau protein tangles that are a feature of later-stage Alzheimer's, but researchers hope by flushing the brain of amyloid beta, they might prevent tau buildup as well, Apostolova said.

In this trial, donanemab worked so well that most patients were taken off it before the trial ended, Apostolova said.

"Greater than half of the participants were able to discontinue treatment because it worked so well, to the point where there was no point in giving it anymore because they were now essentially amyloid negative," she said. "That's huge."

The drug also appeared to slow progression of Alzheimer's, based on brain exercise tests, Apostolova said.

"The drug resulted in 32% better performance in those who take it compared to those who don't," she said. "Both groups declined, but the donanemab group declined 32% less, and that was significant."

Not all brain exercise results were statistically significant, but they all tended to show a slowing of progression by 20% to 40%, Apostolova said.

"These results are encouraging because it is the first phase 2 Alzheimer's trial to show positive results on a primary outcome measure related to memory and thinking," she said.

Carrillo added that "more work needs to be done on this experimental drug therapy," noting that larger trials are needed to confirm the benefits of donanemab.

There were some troubling side effects that will need to be considered as donanemab rolls into phase 3 clinical trials. Those trials will determine whether the drug will be approved by the U.S. Food and Drug Administration.

The drug works by binding to mature amyloid plaques and dissolving them. The loose amyloid beta proteins are then removed from the brain through the blood vessels.

"When amyloid protein is removed from the brain through the blood vessels, it has to pass the blood-brain barrier, and that can cause a leakage in the barrier," Apostolova said.

About a quarter of clinical trial participants experienced swelling of the brain due to micro-hemorrhages in tiny blood vessels, Apostolova said. Six percent developed symptoms related to this adverse effect. Symptoms can include headache, changes in mental state, confusion, vomiting, nausea, and difficulty walking.

Two individuals needed to be hospitalized due to brain swelling although both cases resolved themselves, the researchers said. Those people each had symptoms of confusion, and one person reported difficulty expressing herself.

There was one death reported among people taking donanemab, although it's not clear that the drug was in any way responsible.

Still, "we would want to follow people with safety MRIs after starting a therapy like donanemab and make sure that they are safe to receive the drug and no such side effects occur," Apostolova said.

She said future studies, including phase 3 trials, should focus on who might be at higher risk for brain swelling, and whether using a reduced dosage could avoid this risk.

The Alzheimer's Association has more about amyloid beta and Alzheimer's.