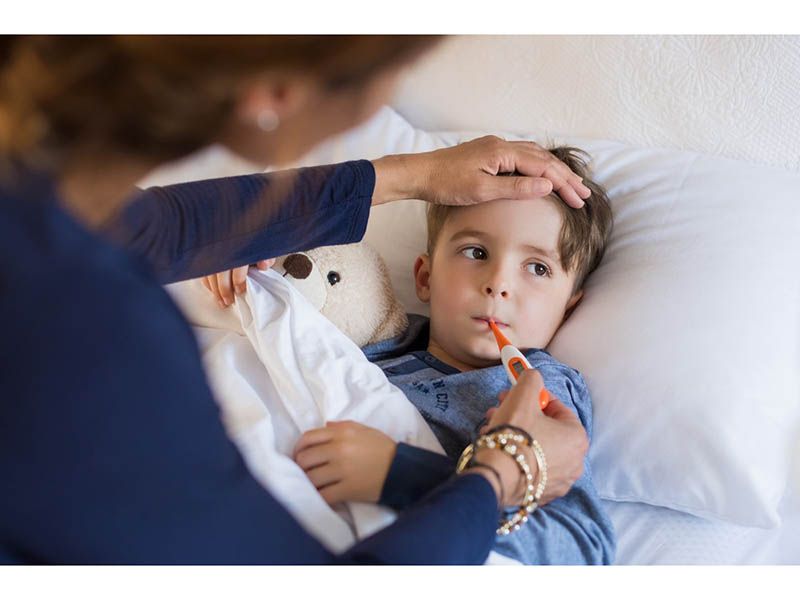 Strep throat doesn't appear to aggravate Tourette syndrome and other chronic tic disorders in youngsters, according to a new study.

But it did find an association between strep infection and increased hyperactivity and impulsiveness among kids with ADHD.

People with chronic tic disorders have unintentional repetitive movements and vocalizations. Previous research has suggested a link between strep and tic and behavioral disorders.

"The link between streptococcus and tics in children is still a matter of intense debate," said study author Dr. Davide Martino, of the University of Calgary in Canada. "We wanted to look at that question, as well as a possible link between strep and behavioral symptoms like obsessive-compulsive disorder [OCD] and attention deficit hyperactivity disorder [ADHD]."

To investigate the possible connection, researchers focused on group A streptococcus, a type of bacteria that causes strep throat, impetigo and a variety of other infections.

The study included 715 children and teens with chronic tic disorders, including 91% diagnosed with Tourette syndrome. More than 250 had ADHD, and 227 had obsessive compulsive disorder.

Every four months, researchers took throat swabs and blood samples from the children to check for strep bacteria. This was done for an average of 16 months.

Among all the children, more than 300 had a worsening of symptoms during the study, but there was no association between strep exposure and worsening of tics or OCD symptoms.

However, there was an association between strep exposure and an approximately 20% increase in ADHD symptoms of hyperactivity and impulsiveness, according to the study. The findings were published Feb. 10 in the online issue of the journal Neurology.

"While our findings suggest that strep is not likely to be one of the main triggers for making tics worse, more research is needed into other possible explanations," Martino said in a journal news release.

"For example, the social stress of having this disorder could be implicated in making tics worse more than infections. It's also possible another pathogen might be triggering an immune response associated with tic worsening," he said.

The U.S. National Institute of Neurological Disorders and Stroke has more on Tourette syndrome.

Just about any painful sore throat is caused by strep. See Answer

Sore Throat or Strep Throat? How to Tell the Difference

Read more: Sore Throat or Strep Throat? How to Tell the Difference