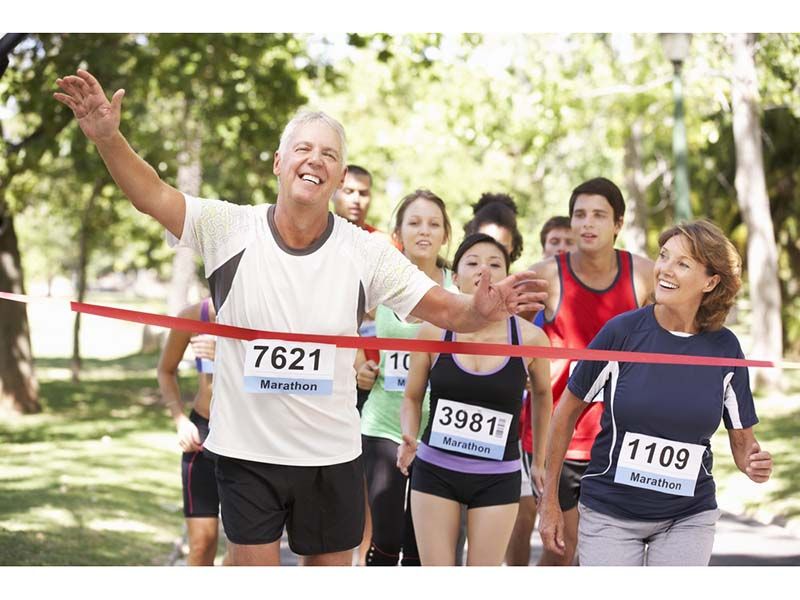 Testosterone levels tend to fall in older men, but a new study shows that exercise -- and not supplemental testosterone -- is the way to rejuvenate the aging male heart.

Australian researchers found that without exercise, testosterone replacement therapy offered patients no improvement at all in cardiovascular health. But exercise alone -- absent any testosterone supplementation -- did boost arterial function.

According to study author Dr. Bu Yeap, the bottom line is clear: "To improve the health of arteries, exercise is better than testosterone."

Yeap, who is president of the Endocrine Society of Australia, acknowledged that "there is a gradual decline in testosterone levels as men grow older, extending into middle and older age." And that decline is often accompanied by expanding waistlines and a wide array of health conditions.

As a result, testosterone therapy has gained traction, largely in a bid for increased energy and muscle mass. In fact, global sales of the hormone have skyrocketed 12-fold in just the first decade of the 21st century.

That's not necessarily a good development, Yeap cautioned. He argued that men should not embark on testosterone treatment "unless they have medical conditions affecting the pituitary gland or testes which interfere with the production of testosterone." Using testosterone as a body-building tool "is not medically approved, and should be discouraged."

Safety considerations aside, can testosterone help protect an aging heart?

Yeap, a professor in the medical school of the University of Western Australia, said a lack of rigorous research makes it hard to answer that question, or to know whether any potential benefit might outweigh potential risk.

To gain more insight, Yeap and his team set out to weigh the relative impact of testosterone therapy and exercise routines on the heart health of 78 men between ages 50 and 70.

Testosterone levels among the participants ranged from low to normal. None had a history of heart disease, smoked, or was on testosterone therapy at the study's start.

All initially underwent arterial blood flow testing as a measure of heart health and function, before being randomly divided into four groups. One group did aerobic and strength exercise two to three times per week while receiving testosterone therapy; a second got testosterone alone; a third was given placebo therapy; and a fourth got placebo therapy with an exercise routine.

The team found that on its own, exercise triggered a rise in testosterone levels, though not to the same extent as the 62% rise in hormone levels seen among men who did undergo testosterone therapy.

"This trial was not [designed] to assess safety of testosterone," he noted, leaving the question of whether taking testosterone replacement therapy might actually pose a heart risk unanswered.

Still, Eckel, a professor of medicine emeritus at the University of Colorado, said he agrees that "in general, testosterone should not be given unless someone is hypogonadal," referring to a condition in which the sex glands stop producing enough sex hormones.

As to the potential heart health benefits of exercise, Eckel said there are "no surprises here. Exercise is beneficial… [and] should be promoted."

Yeap and his colleagues reported their findings Feb. 22 in the journal Hypertension.

There's more on COVID-19 and office building recommendations at U.S. Centers for Disease Control and Prevention.