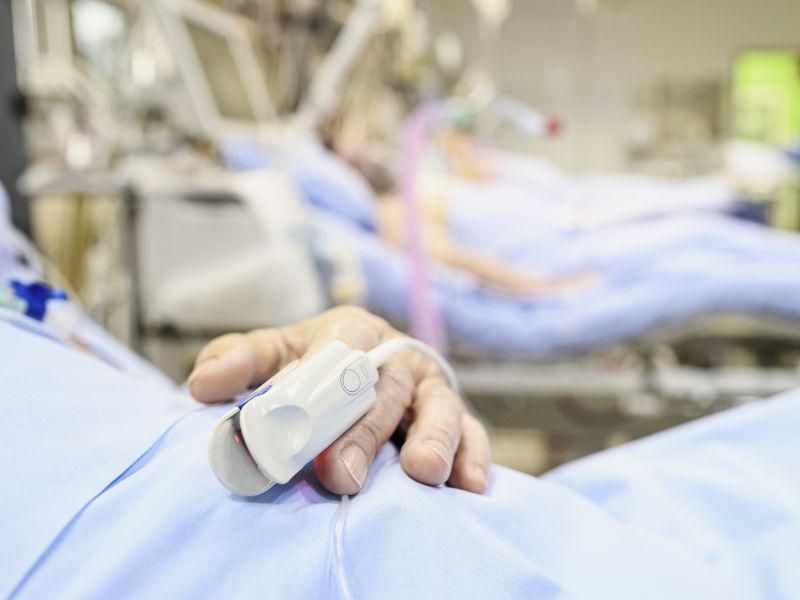 A seriously ill, immunocompromised patient with COVID-19 was cured with an infusion of convalescent plasma from her son-in-law, according to a new study that details the case.

The turnaround in the 72-year-old's condition was profound. Her 104-degree fever rapidly dropped. In three days, the virus was no longer detectable in her respiratory swabs, and in four days she was discharged from the hospital.

But researchers from the University of Alabama at Birmingham say the case is an outlier because the son-in-law had an unusually high virus-neutralizing titer, meaning a high concentration of his immune system antibodies targeted to the coronavirus.

Still, "our results have important implications for how convalescent plasma therapy is being used now and how it may be improved," said the woman's physician, Dr. Randall Davis, a professor at UAB, and colleagues.

"The low neutralizing titers in most convalescent plasma donors raise concern," they said in a university news release. "Convalescing individuals with truly high-titer neutralizing antibodies are rare, which underscores the need for a concerted effort to identify them but also poses the question of whether there are ample numbers of suitable convalescent plasma donors."

The elderly woman was hospitalized with the virus 33 days after symptoms started. She had been unable to mount her own immune defense to COVID-19 because of chronic lymphocytic leukemia.

She had severe pneumonia and a high risk of death, researchers said. But after she received the convalescent blood plasma (about a cup) from her son-in-law, who had recovered from the disease, she showed significant improvement within 48 hours.

This case appears to be unusual, researchers said.

They measured the son-in-law's titer against 64 others collected by two blood banks. Only 37% of the plasma samples from the first blood bank and 47% from the second blood bank had neutralizing antibody titers above 250. That's the cutoff the U.S. Food and Drug Administration allows in its emergency use authorization for convalescent plasma, an unapproved medical product.

Researchers also analyzed plasma titers in 17 other patients both before and after the treatment. Their infusions had no significant impact on their preexisting neutralizing antibody titers.

"The generally low neutralizing antibody titers in most donors, as well as high titer baseline neutralizing antibodies in many recipients, highlight the importance of first testing the convalescent plasmas, and also the recipients'," researchers said. "Doing so should optimize the clinical benefit and reduce the effort spent when convalescent plasma therapy is not appropriate."

The research was published recently in the journal Cell Reports Medicine.

The American Red Cross has information about donating convalescent plasma.