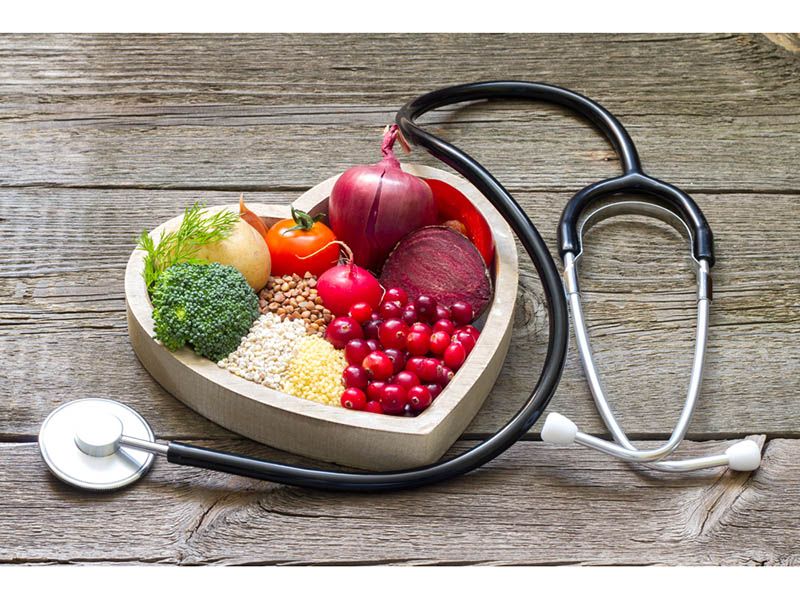 In findings that may ring true to parents, a new government survey shows that a paltry 2% of U.S. high school students are eating enough vegetables.

The study is the latest look at teenagers' eating habits by the U.S. Centers for Disease Control and Prevention. And experts described the results as "disappointing."

Of more than 13,000 high school students surveyed in 2017, only 2% were getting the minimum recommended allotment of veggies: 2.5 to 3 cups per day.

Fruit, meanwhile, was only mildly more popular. About 7% of high schoolers were getting enough, and 100% fruit juice counted toward those servings.

The figures show no progress since the CDC's previous report on the topic: In 2013, as well, 2% of high school kids were eating their veggies as recommended.

"The findings aren't necessarily surprising, but they are discouraging," said Marlene Schwartz, director of the Rudd Center for Food Policy and Obesity at the University of Connecticut, in Hartford.

There have been some positive policy moves in recent years, according to Schwartz, who was not involved in the study.

They include efforts to make fresh produce more accessible to low-income Americans through food stamps and the Women, Infants and Children (WIC) program. There are also rules around fruits and vegetables in the National School Lunch Program.

The problem is that relatively few high school students participate in lunch programs -- about 39%, according to the CDC. Instead, Schwartz said, they are free to bring lunch to school or go off-campus, often to fast-food places.

"Unfortunately, that leads to a decline in dietary quality," she said.

Vegetable intake was low across the board (among boys and girls, and white, Black and Hispanic teens). The median veggie intake was just one serving per day, which means half of the students ate even less.

The CDC said "new strategies," such as social media campaigns, are needed to coax kids into eating more healthfully.

Any strategies would be up against a powerful marketing campaign by food manufacturers.

And research shows that such marketing, via traditional ads and social media, undoubtedly gets kids -- and adults -- to eat processed foods.

"There's a reason companies spend all that money," Schwartz said.

In contrast, she added, "fresh fruits and vegetables aren't branded."

Then there are the economic factors. Despite nutrition-assistance programs, many families find fresh produce too expensive, Schwartz said. And if parents are not buying vegetables, kids won't develop an affinity for them.

"I think parents are doing the best they can, with the resources they have," Schwartz said.

Children do learn from parents' behavior, and eating habits are no exception, said Angela Lemond, a registered dietitian and spokeswoman for the Academy of Nutrition and Dietetics.

Lemond suggested that whenever possible, parents make fruits and vegetables easily accessible at home: Have vegetables cut up and on display in the refrigerator, so kids see them first when they're hunting for a snack.

"Children and teens are very visual, and when they're hungry, they want it to be quick and easy to eat," she said.

Lemond also suggested parents avoid labeling foods as "good" or "bad." Instead, consider certain foods to be "always" on the menu -- that is, make fruits and vegetables part of every meal, she said. Other, less-healthful foods can go into the "sometimes" category.

Some kids do turn their noses up at vegetables, in particular. But it's easy to make them tastier, according to Lemond.

"The flavors of vegetables are enhanced when caramelized using olive oil with a splash of seasoning in the oven," she said. "You can also get a grill basket and create a nice flavor using high-heat oils like avocado or sesame oil."

With older kids, it can be helpful to include them in the shopping and preparation, Schwartz said. Let them have a say in which vegetables will turn up on the dinner plate.

Ideally, children should be exposed to plenty of fruits and vegetables early in life.

"Exposure, and repeated exposure even after they reject foods, is important," Lemond said. "Just because they don't like a food once doesn't mean they won't tomorrow."

Her advice is to try cooking vegetables different ways, and to be patient.

The U.S. Department of Agriculture has advice for families on healthy eating.