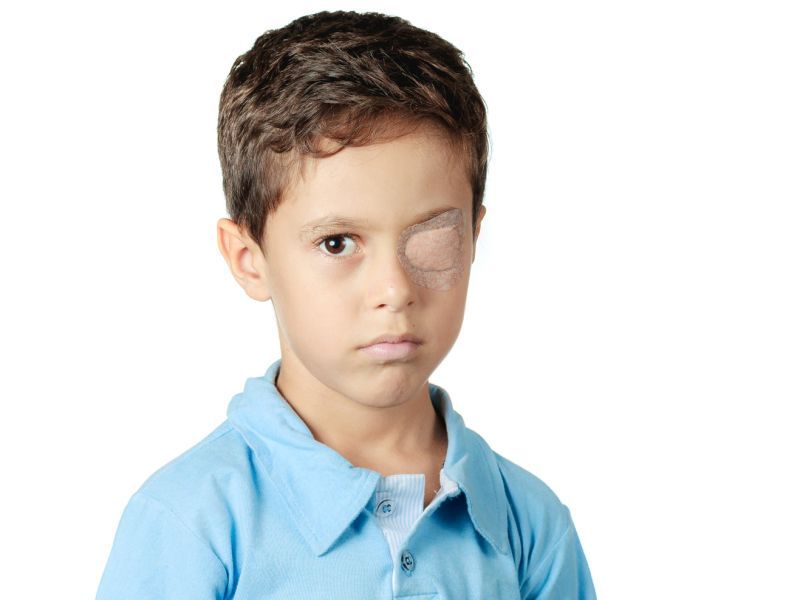 The explosive rise in use of alcohol-based hand sanitizers during the COVID-19 pandemic has had a dangerous, unintended consequence: eye injuries among children.

Using data from French poison control and a children's hospital in Paris, researchers reported that accidental eye injuries to kids under age 18 shot up sevenfold during a five-month period last year, compared to 2019.

Eye injury due to hand sanitizer exposure "is a known complication," said Dr. Sonal Tuli, a clinical spokeswoman for the American Academy of Ophthalmology (AAO) who reviewed the study findings.

"This is a concern not just for children but also adults and health care workers," Tuli said. "To my knowledge, there have been no recent similar studies in the U.S., but I suspect there are similar injuries occurring here, too."

The new study was published online Jan. 21 in JAMA Ophthalmology.

Hand sanitizers consist mainly of ethanol or isopropyl alcohol (60% to 95%), which are toxic to delicate structures like eyes, noted Dr. Sonam Yangzes, a consultant in the division of lens, cornea and refractive services for the Grewal Eye Institute in Chandigarh, India.

As such, exposure to sanitizers "may lead to blindness, due to development of corneal ulcer or melt," said Yangzes, who co-wrote an editorial that accompanied the study. Increased use of the products during the COVID-19 pandemic has made "children more vulnerable to eye related injuries," she said.

The study was led by Dr. Gilles Martin, an ophthalmologist at Rothschild Foundation Hospital in Paris. He and his colleagues relied on 2019 and 2020 data collected by the French Poison Control Centers (PCCs) and a pediatric ophthalmology hospital in Paris.

The review included eye injuries and emergency calls stemming from exposure to hand sanitizer among children under 18.

Between April and August of 2019, such cases accounted for about 1.3% of all calls to French PCCs. But that figure skyrocketed to 9.9% during the same time frame in 2020, a greater than seven-times rise.

And while none of the 2019 cases involved public exposure to hand sanitizer, 63 did in 2020, most in French shopping malls.

In France (as in the United States), the availability of public dispensers shot up as the pandemic unfolded. And in France pediatric eye injuries appeared to rise in tandem, according to the study.

This is likely because public dispensers are typically around 3 feet high -- eye level for a small child, Martin and his team noted.

As such, Yangzes offered a recommendation: "Lower the height of alcohol dispensers so that the level is below the children's eyes [and] face," she urged. A caution sign should be placed next to dispensers as a precaution, she added.

The AAO's Tuli noted that sanitizer-related injuries can also occur when the alcohol has not yet evaporated and a child rubs his or her eyes.

"Usually, the blink reflex protects us from a lot of sanitizer getting into the eye, and tearing dilutes it," she said. "So, we see irritation similar to getting shampoo in the eye."

But if more than a tiny amount of sanitizer reaches the eye, Tuli said it can do more damage.

"It can cause corneal abrasions, where the epithelium of the cornea or conjunctiva can get damaged, similar to a scratch on the eye from a fingernail injury. That can be very painful, but fortunately heals rapidly," Tuli said. "If a large amount gets in the eye, it can cause larger defects, which may require more interventions to heal."

Since hand sanitizer is sterile, she added, infections or permanent damage are rare.

There's more about safe use of hand sanitizer at the U.S. Centers for Disease Control and Prevention.