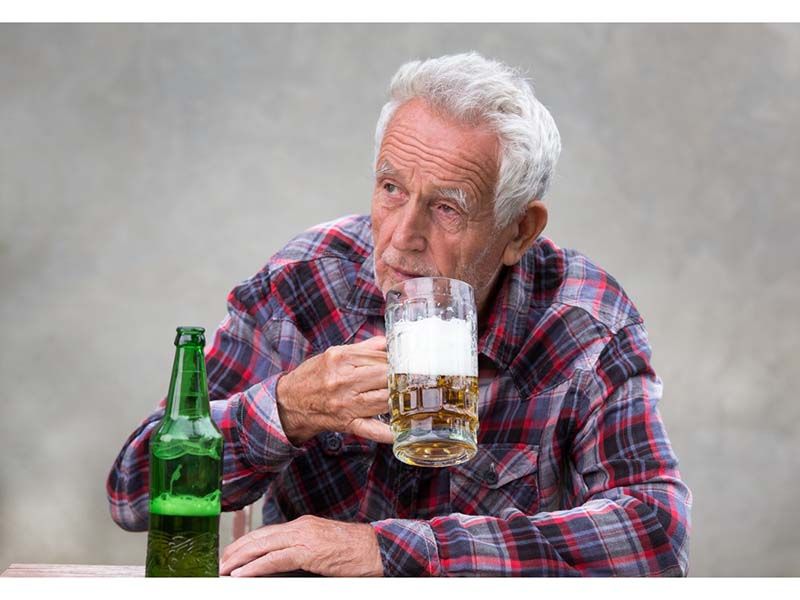 Moderate drinking is often touted as heart-healthy, but a large new study finds that even one drink a day might raise the risk of an abnormal heart rhythm called atrial fibrillation.

Atrial fibrillation, or a-fib, is a common heart arrhythmia where the upper chambers of the heart quiver chaotically, causing a fast and irregular heartbeat. It's not immediately life-threatening, but over time, it can lead to a stroke or heart failure.

Experts have long considered heavy drinking a risk factor for a-fib. But studies have come to conflicting conclusions as to whether moderate drinking can contribute.

The new findings, published online Jan. 13 in the European Heart Journal, build the case that it does.

The researchers found that of 100,000 European adults free of a-fib, the risk of newly developing the condition started to climb with just one alcoholic drink a day.

People who drank that much were 16% more likely to develop a-fib over the next 14 years, versus lifelong non-drinkers.

And as the number of daily drinks rose, so did the risk of a-fib. People who said they averaged two drinks a day had a 36% greater risk, while those who downed three a day had a 52% higher risk -- all relative to abstainers.

The findings do not prove a cause-and-effect relationship, the experts stressed.

But in recent years, the weight of the evidence has pointed to moderate drinking as a culprit in a-fib, said Dr. David Conen, co-author of an editorial published with the study.

He cited a 2020 clinical trial that involved atrial fibrillation patients who were moderate drinkers. Those who were randomly assigned to cut down on drinking -- to about two drinks a week -- substantially reduced their a-fib episodes.

Still, Conen said, when it comes to people without known atrial fibrillation, the benefits of curbing moderate drinking are unclear.

That's, in part, because studies have linked lighter drinking to some positives -- including lower risks of heart attack and heart failure.

Those studies do not prove cause-effect, either, said Conen, an associate professor of medicine at McMaster University, in Canada.

But it all leaves moderate drinkers with a decision: Maintain a habit that's linked with certain heart benefits, or cut down and potentially gain a different benefit.

One thing is certain, Conen said: No one should start drinking in the hopes of improving their heart health.

Alcohol, he noted, does not only affect the heart, but the liver, brain and other vital systems, too. And intoxication has more immediate risks, like accidents.

The current study was led by Dr. Renate Schnabel, a cardiologist at the University Heart and Vascular Center, in Hamburg, Germany. It included 100,092 adults who were initially free of a-fib and followed for about 14 years. During that time, more than 5,800 developed the condition.

In general, people's self-reported drinking habits correlated with the odds of a-fib -- even after the researchers accounted for factors such as high blood pressure, obesity, smoking and diabetes.

"This doesn't prove causality, but it's definitely a finding to take note of," said Dr. John Osborne, a Dallas-based cardiologist and volunteer expert with the American Heart Association.

According to Osborne, there are biological reasons that alcohol could have opposite effects on the risks of heart attack and a-fib.

Heart attacks are typically caused by artery blockages, whereas a-fib arises from a problem in the heart's electrical system. Alcohol can activate the sympathetic nervous system and the "fight-or-flight" response, which, among other things, accelerates heart rate, Osborne said.

There's also evidence, he said, that alcohol can make cells in the atria "electrically unstable."

One possibility is that in some people with asymptomatic, or "silent," a-fib, drinking could exacerbate the situation, Osborne added.

Like Conen, he said that people with known a-fib may want to reconsider those glasses of wine, even if they drink in moderation.

For those without a-fib, the question is trickier. A-fib is complicated and there are numerous risk factors, Osborne noted, from thyroid disease and high blood pressure to obesity and family history.

But, he said, "I think that over the past 20 years, we've been moving away from the idea that a drink or two a day is 'great' for your heart. Now we're rethinking that."

The American Heart Association has more on atrial fibrillation.