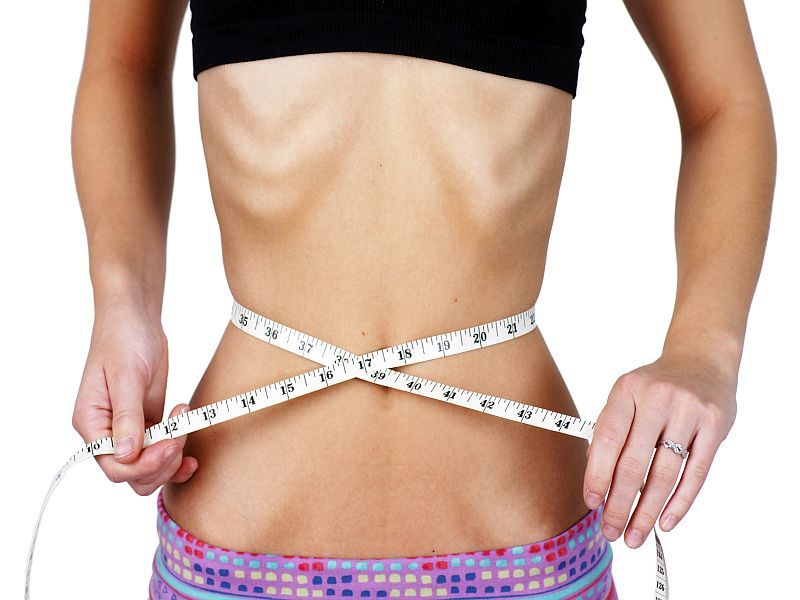 Researchers from the University of Oxford reviewed available evidence suggesting that in people with anorexia gut microbes could affect affect appetite, weight, and mental health conditions such as anxiety and compulsive behavior.

The findings appear online Jan. 12 in the journal Frontiers in Psychiatry.

"Anorexia nervosa is a very common psychiatric disorder and can be incredibly debilitating or even fatal, but is unfortunately still quite challenging to treat," said study co-author Ana Ghenciulescu, from Oxford's Corpus Christi College.

"Moreover, there has been a great deal of recent excitement about the idea that gut microbes affect many aspects of our health, including our mental health -- and that this relationship goes both ways," she said in a journal news release.

People with anorexia restrict their eating and become dangerously thin. However, they may believe they are fat.

For example, it's been found that anorexia patients may have more bacteria that consume the protective mucus layer of the gut. This makes the gut "leaky" and contributes to chronic inflammation, which is linked with mental health symptoms.

Other microbes found in anorexia patients may affect appetite and metabolism, both of which can contribute to anorexia.

However, it's unclear whether gut microbe imbalances in anorexia patients contribute to the disease or are caused by their significantly restricted diet.

The researchers say studies with mice may provide some clues.

"In a mouse study, researchers transferred fecal samples from anorexia patients to the guts of mice with no microbiome of their own," Ghenciulescu said. "Such mice gained less weight and developed more anxious and compulsive behaviors compared with mice who received feces from healthy patients. This suggests that their altered gut bacteria might be contributing to similar symptoms in anorexia patients as well."

Promoting and maintaining a better balance of gut microbes through measures such as taking probiotic supplements or having fecal transplants may reduce some symptoms of anorexia, according to the researchers.

However, they stressed there's still much to learn about the relationship between gut microbes and anorexia.

"There is still no consensus over what a 'healthy' microbiome profile looks like, and the optimal composition is probably different for each person," Burnet said in the release. "Much more work needs to be done to understand the rich and highly complex microbial ecosystem within our gut."

The U.S. Office on Women's Health has more about anorexia.