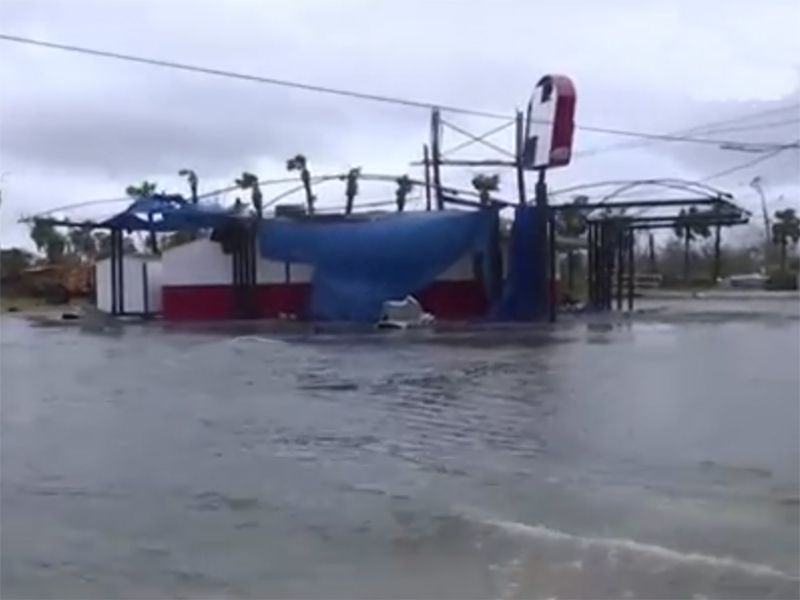 Hospitals are swamped with older patients after hurricanes, a new study finds.

Researchers analyzed data on hospitalizations for adults 65 and older in the month following eight of the United States' largest hurricanes in recent years.

In this age group, post-hurricane increases in hospitalizations for any reason ranged from 10% (Hurricane Irene, 2011) to 23% (Hurricane Sandy, 2012).

Adults 85 and older were significantly more likely to be hospitalized, as were poor older adults.

Even after the researchers deleted the first three days after hurricanes Irene and Sandy, which might have accounted for injury/trauma-related admissions, older adult hospitalizations remained significantly higher after hurricanes.

"We can surmise that the stronger the hurricane, the greater the impact will be on individuals and communities," said study lead author Sue Anne Bell, assistant professor of nursing at the University of Michigan.

"But even a small storm can cause great damage to a community that is not prepared," she said in a university news release.

Given that the United States has more than 100 disasters a year, steps to support the health of older adults is a key aspect of disaster preparedness, Bell said.

She also pointed out that older adults need to prepare for disasters by taking small, regular steps.

"Include in your grocery budget a few items each month to start building a supply of food and water," Bell suggested. "A gallon of water is less than a dollar, for example. Buying a can opener and a few canned goods can be a good start, and the next time you go to the grocery, think of another item or two to add to your stash."

Another suggestion is to let your family, friends and neighbors know your evacuation plans if an emergency occurs. "Now is a great time to plan a family Zoom meeting and talk about those plans," Bell suggested.

In a second study, her team found a decline in health care providers in counties affected by Hurricane Katrina in 2005.

The availability of nurse practitioners didn't change and helped to offset the decrease in physicians.

The findings show that communities' disaster plans should include guidelines to attract and retain health care providers, according to Bell.

The U.S. Centers for Disease Control and Prevention has more on emergency preparedness and response.