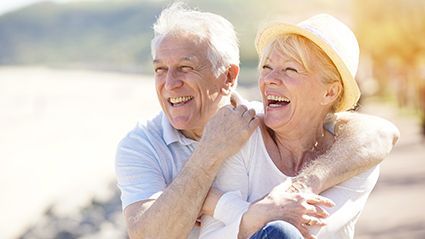 Being positive may help protect your memory as you age, a new study indicates.

Researchers analyzed data from almost 1,000 middle-aged and older U.S. adults who took part in a national study. The upshot: Being upbeat pays dividends.

Participants were assessed three times: between 1995 and 1996, 2004 and 2006, and 2013 and 2014. At each assessment, the participants described different positive emotions they'd experienced during the past 30 days.

In the final two assessments, they also completed memory performance tests -- recalling words immediately after they were presented to them and again 15 minutes later.

The researchers studied the connection between positive affect -- feeling enthusiastic and cheerful -- and memory decline, after accounting for age, gender, education, depression, negative affect and extraversion. The results were published online recently in the journal Psychological Science.

"Our findings showed that memory declined with age," study co-author Claudia Haase, an associate professor at Northwestern University in Chicago, said in a journal news release.

But the amount of decline wasn't uniform, the investigators found.

According to co-author Emily Hittner, a PhD graduate of Northwestern, "Individuals with higher levels of positive affect had a less steep memory decline over the course of almost a decade."

The study findings add to a growing body of research on the links between a positive attitude and healthy aging.

Possible areas of future research include identifying factors that connect being positive and memory protection, such as physical health or social relationships, the researchers said.

The Alzheimer's Association offers tips for keeping your brain healthy.