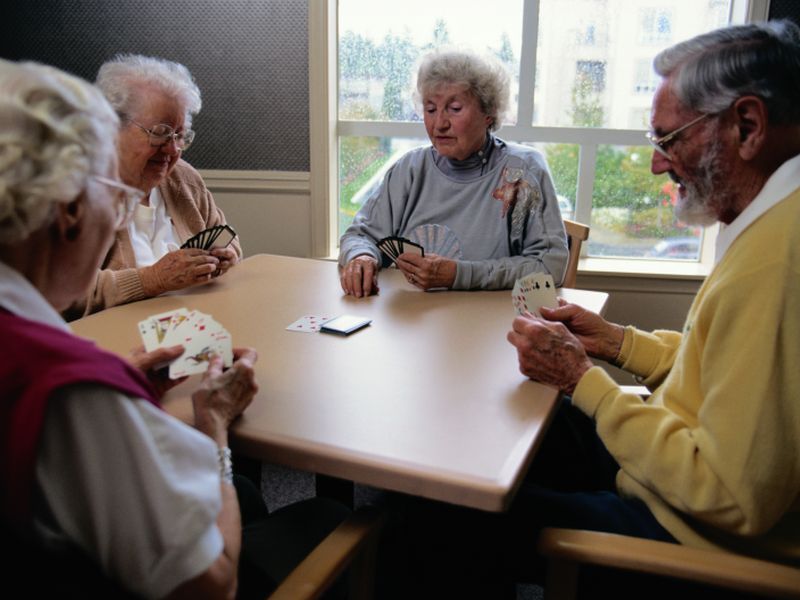 Experts in healthy aging often cite the importance of leisure activities -- hanging out with friends, playing games, taking classes -- in maintaining your brain health as you grow older.

But a new study calls into question whether those enjoyable pursuits actually protect you against dementia.

Researchers found no link between middle-aged folks taking part in leisure activities and their risk of dementia over the next two decades, according to findings published online Oct. 28 in the journal Neurology.

However, they did discover that some people later diagnosed with dementia will stop participating in leisure activities years before they are diagnosed.

"We found a link between low level of activity in late life and dementia risk, but that this is probably due to people giving up activities as they are beginning to develop dementia," said lead researcher Andrew Sommerlad, a principal research fellow in psychology at University College London. "Dementia appeared to be the cause, rather than consequence, of low levels of leisure activities."

These results appear to run counter to the "use it or lose it" theory of brain health, in which numerous prior studies have linked continued engagement in social activities, mental stimulation and physical exercise to a lower risk of dementia.

"Previous studies have tended to look at leisure activities in late life and find an association, but because dementia develops slowly over many years, these studies may not be able to identify the true nature of the relationship," he said.

Sommerlad said that other factors more directly related to physical health might wind up being more important to protecting the aging brain.

"We do not question the wider benefits of taking part in leisure activities, for promoting enjoyment, quality of life, and general physical and mental health, but other measures have better evidence specifically for dementia prevention," Sommerlad said. "These are treating health problems like diabetes and hypertension, reducing smoking and alcohol intake, physical activity, treating hearing problems, and having social contact with others."

For the new study, Sommerlad and his colleagues analyzed data gathered as part of a long-term health study of London-based civil servants that began in 1985.

The researchers looked at data from 8,280 people (average age 56) whose health was tracked for an average of 18 years. Their participation in leisure activities was assessed at the study's start, five years later and again 10 years later.

The researchers found no relationship between a person's participation in more leisure activities at the start of the study and their dementia risk nearly 20 years later.

They only found a relationship when leisure activities in late life were assessed.

But there's a catch. People whose level of participation declined over the study's course were more likely to develop dementia than those who consistently had little interest in leisurely pursuits.

The researchers noted that 5% of people whose activity decreased developed dementia, compared to 2% of those whose engagement in leisure activities had always been low.

Henderson, who co-wrote an editorial that accompanied the new study, nevertheless thinks it's too soon to discount the potential role of fun pursuits in maintaining brain health.

"It also suggests if you're doing this solely for trying to prevent dementia in later life, maybe if there are other things one would prefer to do other than board games or whatever particular leisure activity there is, then one should be doing those other things," he added. "It also means we need better research to try to sort this out."

By focusing solely on leisure activities, this study also might have overlooked the potential "synergy" that comes from a variety of different enjoyable pursuits, said Heather Snyder, vice president of medical and scientific relations at the Alzheimer's Association, in Chicago.

Social engagement, mental stimulation, physical exercise and healthy diet all could be working together to help protect your brain against aging, she said.

"Science continues to show us that really engaging in all of those behaviors to the best we're able is maybe the best thing for potentially reducing our risk," Snyder said. "Perhaps one on its own may not be the best benefit, but looking at all those together may demonstrate benefit."

The U.S. National Institute on Aging has more about preventing Alzheimer's disease.