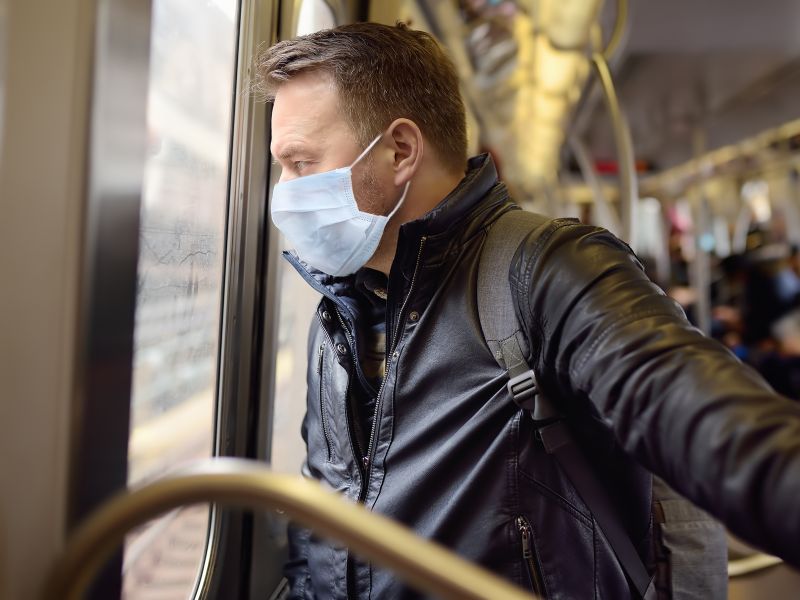 A resurgence of the new coronavirus is bearing down upon the United States, with hundreds of thousands more deaths likely to occur over the next few months, according to one of the nation's top epidemic modeling teams.

But there's one thing everyone can do to forestall the surge and save lives -- wear a face mask whenever you're out in public.

The model suggests that total COVID-19 deaths in the United States could exceed 500,000 by the end of February under the most likely scenario, according to findings published online Oct. 23 in the journal Nature Medicine.

However, as many as 130,000 of those deaths could be avoided if some social distancing measures were reinstated and 95% of Americans always don a mask when they're out and about, the researchers found.

"Expanding mask use can be one of the easy wins for the United States," said senior researcher Dr. Christopher Murray. He's director of the Institute for Health Metrics and Evaluation at the University of Washington in Seattle. "It can both delay the re-imposition of social distancing mandates and can save many, many lives."

A recent HealthDay/Harris Poll shows there's reason for hope in that regard. More than nine in 10 U.S. adults (93%) said they sometimes, often or always wear a mask or face covering when they leave their home and are unable to socially distance, including more than seven in 10 (72%) who said they always do so.

The new COVID-19 forecast predicts that a surge in the pandemic is inevitable. This week's increase in cases likely was "the turn," Murray said.

"We are heading into a very substantial fall/winter surge. The idea that the pandemic is going away, we do not believe is true," Murray said. "The turn this week where deaths and cases are now going up at the national level is very much in line with what the paper is suggesting."

More than 1 million COVID-19 deaths could be expected to occur by late February if no lockdowns or social distancing mandates are re-imposed as infection rates surge, the researchers forecast.

If governors gradually re-impose social distancing mandates, there likely will be more than 511,000 total COVID-19 deaths by the end of February, the model predicts.

This is a more likely scenario, Murray said.

"Governors are going to re-impose mandates when things get quite bad because they're going to try to avoid hospital systems being overwhelmed," Murray said, and those mandates will change the trajectory of the pandemic.

"As the reality of this fall/winter surge finally kicks in in the U.S., I think we will shift the discussion to what are the set of less-stringent mandates that could be used to at least put the brakes on transmission more than just expanding mask use," Murray said.

Under this scenario, the states hardest-hit by infections would be Arizona, New Jersey and Louisiana, the researchers predict.

A scenario in which nearly everyone wears a mask in public would result in a projected 382,000 total COVID-19 deaths by February's end, the researchers found.

Dr. Amesh Adalja is a senior scholar at the Johns Hopkins Center for Health Security, in Baltimore. He said, "Evidence has been emerging throughout the pandemic that mask use by the general public is a key variable impacting spread of the virus. While it's difficult to precisely determine just how much, numerically speaking, mask use diminishes spread, the mounting evidence is all supportive of this simple measure as part of the solution to mitigating spread."

The researchers could not find any scenario in which COVID-19 does not continue to rampage across the United States, given the nation's failure to bring infections under control during the summer.

Universal mask-wearing would "blunt quite a bit of the surge, or delay it," Murray said. "I think it's very difficult at the point where we are in the U.S., where there's so much community transmission of the virus, to prevent some fall/winter surge, but we can certainly make it much smaller. You need to have been New Zealand or Australia and really avoided widespread community transmission if you really want to avoid that surge entirely."

Murray's team bases its predictions on a wide variety of individual characteristics for each state in the nation, including mobility, mask use, testing capacity, seasonal weather change, air pollution and population density. The researchers then factored in how COVID-19 has previously spread in each state, using the past to help predict the future.