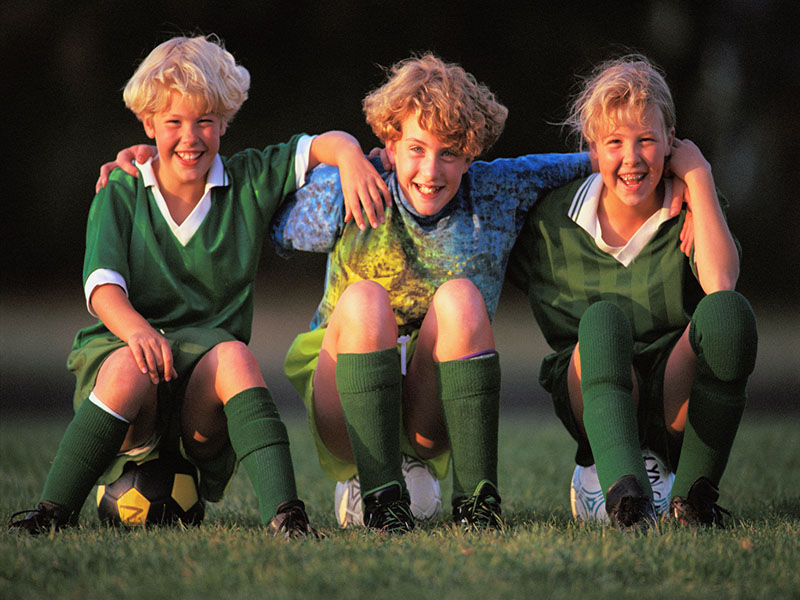 Girls who played after-school sports in elementary school seem to have fewer symptoms of attention-deficit/hyperactivity disorder (ADHD) once they reach middle school, a new study suggests.

The research included both boys and girls, but the effect of sports on attention and behavior symptoms was only significant in girls.

"Girls, in particular, benefit from participation in sport when it comes to ADHD symptoms," said lead author Linda Pagani. She's a professor at the University of Montreal School of Psychoeducation in Quebec, Canada.

ADHD is a condition that includes ongoing patterns of inattention, hyperactivity and/or impulsivity -- issues that interfere with a person's functioning or development, according to the U.S. National Institute of Mental Health.

ADHD signs and symptoms include: Making careless mistakes in schoolwork, at work or during other activities; having difficulty paying attention in tasks like a lecture or lengthy reading assignment or during play; seeming not to listen when spoken to directly; interrupting others; fidgeting; leaving one's seat when staying seated is expected; running around in inappropriate situations or feeling restless (teens and adults).

Parents were asked if kids participated in an extra-curricular physical activity with a coach or instructor between the ages of 6 and 10.

When kids were 12, teachers were asked to compare their ADHD symptoms and behaviors to their peers'. Teachers only looked for symptoms suggestive of ADHD, not a formal diagnosis, Pagani said.

Girls who consistently participated in organized sports were less likely to have ADHD symptoms than girls who didn't, the study found. The researchers didn't find a similar link for boys.

Pagani said organized sports likely help reduce ADHD symptoms in several ways: During an organized physical activity, kids have to listen and focus on what their coach is saying. It's different from an unstructured after-school program where kids can do whatever they want.

Sports also help inhibit distraction and promote planning behavior, Pagani explained. Plus, sports get kids away from their screens and switching from one app to the next, and give them a chance to shake off some energy.

So, why wouldn't sports make a difference for boys, too?

They probably do, Pagani said, but the upside wasn't strong enough to be statistically significant.

"Boys are over-identified when it comes to any kind of ADHD symptoms," she said. "For every three boys with ADHD, only one girl will get identified. Girls may not be getting pharmacology [medications] and psychotherapy that boys often do. In this particular domain, because girls are under-identified and under-treated, they tend to benefit a lot from sports."

All kids -- both girls and boys -- can benefit from taking part in organized sports, Pagani said.

"Although the researchers found an association in girls between organized sports and teacher ratings of ADHD symptoms, very few boys or girls in the study had ADHD," Adesman said. "Thus, we don't know if children with ADHD in this research study differed from their non-ADHD peers with respect to involvement with organized sports," he said.

The findings were recently published online in the journal Preventive Medicine.