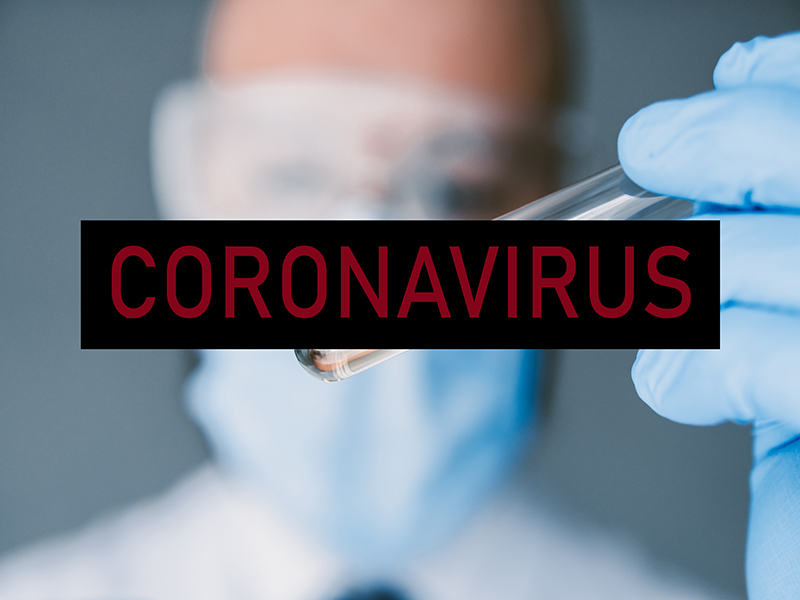 Less than 10 percent of Americans have antibodies to COVID-19 in their systems, a new U.S. study finds.

The percentages varied by region -- averaging 3.5% in the West to 27% in the Northeast, according to researchers at Stanford University. They put the national average of Americans with antibodies to SARS-CoV-2 at 9.3%.

"This research clearly confirms that despite high rates of COVID-19 in the United States, the number of people with antibodies is still low and we haven't come close to achieving herd immunity. Until an effective vaccine is approved, we need to make sure our more vulnerable populations are reached with prevention measures," study co-author Dr. Julie Parsonnet, a professor of medicine at Stanford, said in a news release from the medical journal The Lancet.

In the study, published in the journal Sept. 25 , scientists led by Stanford's Dr. Shuchi Anand analyzed blood plasma samples from more than 28,500 patients receiving dialysis in July at approximately 1,300 facilities in 46 states run by one lab.

Overall, the percentage of dialysis patients who were positive for antibodies among those sampled was 8%. But since dialysis patients aren't representative of the entire U.S. population, the researchers standardized the results with respect to age, sex, race and ethnicity and region.

While seven states had 0% of patients having antibodies, New York topped the list with 33%.

The number of U.S. coronavirus cases passed 7 million on Friday, with California the hardest hit state so far in a pandemic that has crippled the country for more than six months.

The United States has been averaging about 41,500 cases daily, down from the pandemic's midsummer peak, but states in the Midwest and West are seeing case numbers climb, The New York Times reported.

It was less than a month ago that the United States reached 6 million cases, the Times reported. It took over three months for the country to record its first million cases.

A new study of more than 5,000 genetic sequences of the coronavirus reveals the virus's continual accumulation of mutations, one of which may have made it more contagious, the Washington Post reported.

But researchers did not find that these mutations have made the virus deadlier.

Every mutation is a roll of the dice, and with transmission so widespread in the United States that the virus has had plenty of opportunities to change, potentially with troublesome consequences, study author James Musser, of Houston Methodist Hospital, told the Post.

"We have given this virus a lot of chances," Musser said. "There is a huge population size out there right now."

The research was posted on the preprint server MedRxiv and has not been peer-reviewed. Earlier this month, a larger batch of sequences was published by scientists in the United Kingdom. Those scientists also concluded that a mutation that changes the structure of the "spike protein" on the surface of the virus may be driving the outsized spread of that particular strain.

David Morens, a top virologist at the U.S. National Institute of Allergy and Infectious Diseases, said the finding "may have implications for our ability to control it."

"Wearing masks, washing our hands, all those things are barriers to transmissibility, or contagion, but as the virus becomes more contagious it statistically is better at getting around those barriers," Morens explained.

Not only that, the virus may be able dampen the durability of any vaccine, Morens added.

"Although we don't know yet, it is well within the realm of possibility that this coronavirus, when our population-level immunity gets high enough, this coronavirus will find a way to get around our immunity," Morens said. "If that happened, we'd be in the same situation as with flu. We'll have to chase the virus and, as it mutates, we'll have to tinker with our vaccine."

In news that might help make vaccinating all Americans against COVID-19 more easy to accomplish, the first coronavirus vaccine that only requires a single shot has entered the final stages of testing in the United States, the Post reported.

The international trial will eventually recruit up to 60,000 participants. The vaccine, made by Johnson & Johnson, is the fourth to enter the large, Phase 3 trials that determine effectiveness and safety, the Post reported.

Paul Stoffels, the company's chief scientific officer, predicted on Tuesday there may be enough data to have results by the end of the year and the company plans to manufacture 1 billion doses next year.

Three other vaccine candidates have a head start, with U.S. trials that began earlier this summer, but the vaccine being developed by Johnson & Johnson could be easier to administer and distribute if it's proven safe and effective, the Post reported.

The company is initially testing a single dose, while the other vaccines require a second shot three to four weeks after the first one, the newspaper said. The Johnson & Johnson vaccine can also be stored in liquid form at refrigerator temperatures for three months, whereas two of the three other vaccines must be frozen or kept at ultra-cold temperatures for long-term storage, the Post reported.

"A single-shot vaccine, if it's safe and effective, will have substantial logistic advantages for global pandemic control," said Dan Barouch, director of the Center for Virology and Vaccine Research at Beth Israel Deaconess Medical Center in Boston, who partnered with Johnson & Johnson to develop the vaccine.

"It is a really good thing that we have this diversity of platforms because this is a critical crisis in terms of our global circumstance," said Dr. Francis Collins, director of the U.S. National Institutes of Health. "Now, here in the U.S. with 200,000 deaths, we want to do everything we can without sacrificing safety or efficacy."

By Monday, the U.S. coronavirus death toll neared 205,000, according to a Times tally.

By Monday, India's coronavirus case count had passed 6 million, just over one month after hitting the 3 million mark, the Times reported.

More than 95,500 coronavirus patients have died in India, but when measured as a proportion of the population, the country has had far fewer deaths than many others. Doctors say this reflects India's younger and leaner population.

Cases are also spiking in Russia: The country's coronavirus case count has passed 1.1 million. As of Monday, the death toll in Russia was over 20,000, the Hopkins tally showed.

Worldwide, the number of reported infections passed 33 million on Monday, with over 998,000 deaths, according to the Hopkins tally.