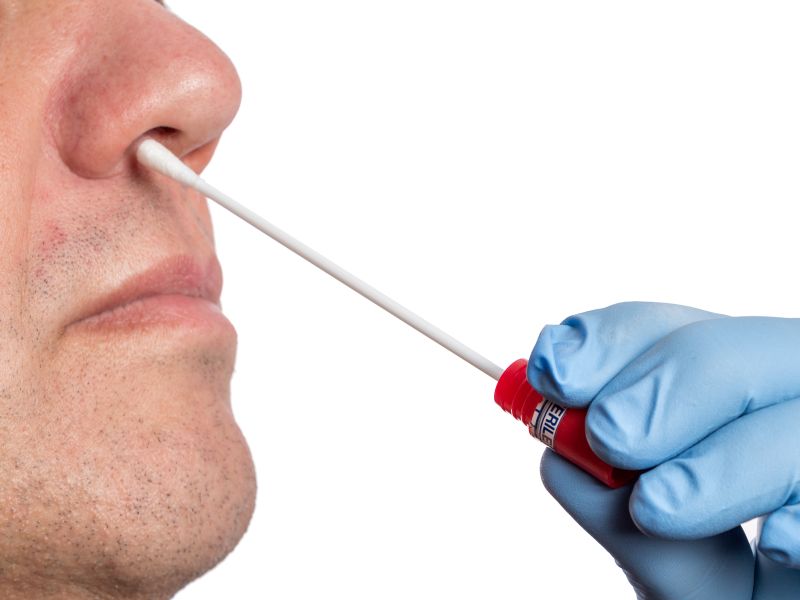 Facing strong criticism, the U.S. Centers for Disease Control and Prevention on Friday reversed a prior COVID-19 guideline that had said that people who know they've been in close contact with an infected person but are asymptomatic do not have to get tested.

Instead, the revised guideline now clearly tells Americans who find themselves in such circumstances that, "You need a test."

The prior recommendation stated that you "do not necessarily need a test" if asymptomatic but had close contact with an infected person.

The move came a day after The New York Times reported that U.S. Health and Human Services (HHS) officials, not scientists, crafted the now-rescinded recommendation on COVID-19 testing. The guideline was first posted on the CDC's website on Aug. 24 over the objections of CDC scientists.

The Aug. 24 guidance -- which was widely criticized by experts -- was posted on the CDC website at a time when public health experts were urging more testing, not less.

The first recommendation originated with the CDC and was revised with input from the agency's director, Dr. Robert Redfield, according to Trump administration officials.

But people familiar with the matter told the Times that HHS staff then did some rewriting and "dropped" the guidance into the CDC's public website, without first going through the agency's scientific review process.

"That was a doc that came from the top down, from the HHS and the [White House] task force [on the coronavirus]," an official with knowledge of the controversy told the Times. "That policy does not reflect what many people at the CDC feel should be the policy."

It's not clear why the recommendation on testing bypassed the usual CDC review, according to Adm. Brett Giroir, the Trump administration's testing coordinator and an assistant secretary at the HHS, the CDC's parent organization.

"I think you have to ask Dr. Redfield about that. That certainly was not any direction from me whatsoever," he told the Times, which couldn't reach Redfield for comment.

Issuance of the revised guideline on Friday came as a relief to experts.

"It's good to see science and evidence taking a front seat for a change," Scott Becker, chief executive of the Association of Public Health Laboratories, told the Times.

Still, the notion that bureaucrats at HHS "would write guidelines and have it posted under the CDC banner is absolutely chilling," Dr. Richard Besser, who served as acting director at the CDC in 2009, told the newspaper.

Dr. Susan Bailey is president of the American Medical Association. She told the Times that a guideline "suggesting that asymptomatic people don't need testing is just a prescription for community spread and further disease and death."

It was recently also revealed that Trump appointees at HHS interfered with the CDC's weekly scientific reports on the coronavirus pandemic, published in the agency's journal Morbidity and Mortality Weekly Report.