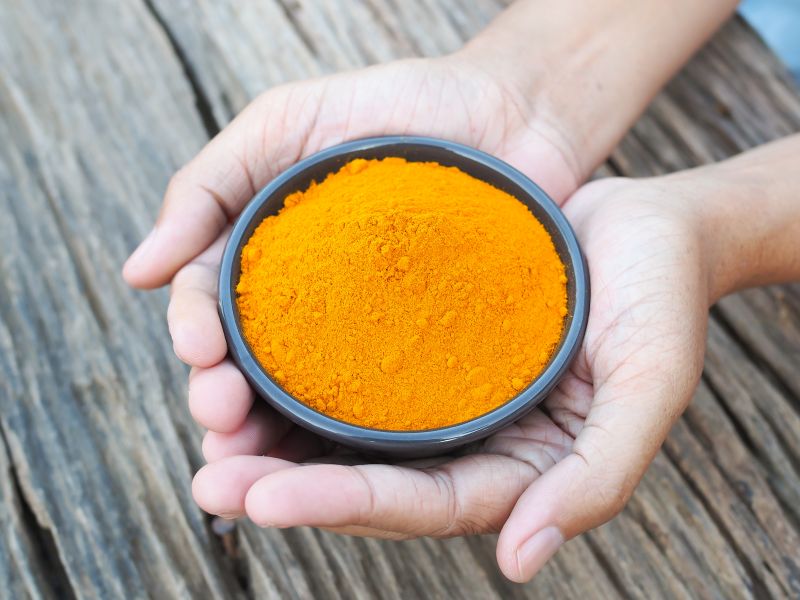 It's a must for any good curry, and a new clinical trial suggests that turmeric might ease arthritis pain, too.

Researchers found that an extract of the spice turmeric worked better than a placebo in easing pain from knee arthritis over three months. The treatment was not a home run -- but the pain relief was a bit better than past studies have found with standard medication.

It all suggests that turmeric "can be considered an option" for knee osteoarthritis, said senior researcher Dr. Benny Antony, of the Menzies Institute for Medical Research/University of Tasmania in Australia.

Osteoarthritis is exceedingly common, affecting more than 32.5 million Americans, according to the U.S. Centers for Disease Control and Prevention. Knee arthritis is one of the main forms.

The condition arises when the cartilage cushioning the knee joint breaks down over time, leading to symptoms like pain, stiffness and decreased range of motion.

People with knee arthritis often take over-the-counter painkillers, including acetaminophen (Tylenol), ibuprofen (Advil, Motrin) and naproxen (Aleve). But besides being only moderately effective, they can cause side effects like stomach upset. And prolonged use is linked to increased risks of heart disease and kidney damage.

So having other options is important, said Dr. Houman Danesh, a pain management specialist who was not involved in the study.

A broader point of the findings, he noted, is that it matters what people with arthritis ingest. Turmeric, or extracts of it, are thought to be anti-inflammatory. So if people continue to eat an inflammation-promoting diet -- full of fried foods and highly processed carbohydrates, for example -- that could negate the good of adding turmeric, Danesh said.

For the current study, Antony and his colleagues recruited 70 people with knee arthritis and randomly assigned them to one of two groups. One took Curcuma longa extract capsules every day for 12 weeks; the other took placebo capsules.

Curcumin is a substance in turmeric, and the beneficial activities of turmeric are often ascribed to it. Supplement maker Natural Remedies supplied the capsules for the trial and partially funded it.

After 12 weeks, the researchers found, participants using the extract reported greater improvement in their pain, versus the placebo group. The average benefit was "modest," according to Antony, but still better than past studies have found with pain medications.

There was no clear effect, however, on some MRI findings: swelling in the joint space and the composition of knee cartilage.

Danesh did not find that surprising, noting he would not expect to see those effects.

And people's experience of pain does not necessarily correlate with the joint findings seen on MRI.

"An image is like a sentence in the story," Danesh said. "There's also a whole context around it."

The findings, published online Sept. 14 in the Annals of Internal Medicine, are an initial step. Antony said larger studies are still needed, and it remains to be seen whether the pain relief holds up over time.

But turmeric is worth a try, according to Antony. In general, he said, the spice (and curcumin extracts) are considered safe in moderate doses -- though very high doses could cause gastrointestinal trouble.

Danesh said his advice is to try turmeric, itself, rather than an extract. He also recommended adding black pepper, which enhances the benefits of turmeric. To make it palatable, the two could be mixed into a fruit smoothie, Danesh said.

Turmeric is not the only nondrug option for knee pain, though. Danesh said people can benefit from an exercise program focused on strengthening and activating the gluteal muscles, and developing a more balanced walking pattern.

He suggested first getting an evaluation from a doctor, which might result in a referral for physical therapy.