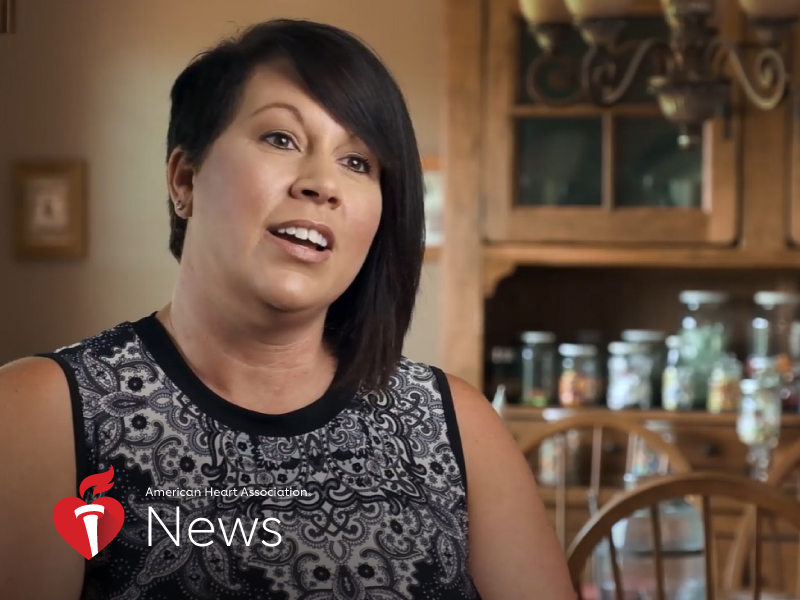 Feeling hot, nauseous and in pain after snow skiing in Missouri with her family, 40-year-old Kelly Kleiner tried getting some relief in a restroom at the lodge.

Minutes later, her youngest daughter found Kelly on the floor in the far stall, stripping off layers of clothing in hopes of cooling down.

It all started when Kelly tried to lift her husband, Matt, after he took a spill on the slopes. She felt her left arm pop followed by a searing pain.

"I thought my arm popped out of its socket," she said.

That's still what Kelly thought as she tried to cool down on the bathroom floor. Soon a medic arrived. He couldn't find a pulse in her left arm, and the pulse in her right arm was extremely weak. Increasingly concerned, he told Matt to drive her to an emergency room not far away.

In the car, the pain was so intense that Kelly couldn't sit still. Her family later told her that she seemed to be hearing voices, but she didn't remember that. What she'll never forget, however, is how the emergency room staff reacted when they hooked her up to a machine.

"They all started running and arms were going everywhere," she said, noting that she was most concerned about her teenage daughters, Raymi and Ashlee. "I knew that if the girls could see that, it would scare them."

Kelly asked the doctors to tell her daughters that she was OK. They couldn't because it wasn't true: She was having a heart attack caused by a 100% blockage in her left anterior descending artery, which supplies blood to the front and left side of the heart.

Not equipped to deal with this type of heart attack, the doctors sent her by helicopter to a hospital near the Kleiner's home in Topeka, Kansas.

While Kelly trusted the medical experts, she still felt like they might have it wrong. How could it be a heart attack when she didn't feel chest pain?

By the time the helicopter landed, Matt, their daughters and Kelly's parents were waiting at the hospital. She saw them in the hall for just a moment before being rushed into surgery.

According to Dr. Thomas J. Doyle, a cardiologist who treated Kelly, her other arteries were completely normal. It's unclear why her left anterior descending artery suffered such a severe blockage.

"We often call it the thief in the night," Doyle said. "Sometimes it just comes out of the blue for people who are otherwise healthy."

Kelly's family history offers one clue: Her grandfather, two uncles and a cousin all died of heart disease.

Sedated but awake, Kelly recalls Doyle talking to her as he guided a catheter to her heart, removed the blockage and inserted two stents.

"It was instant pain relief," she said.

But while the pain was gone, Kelly still wasn't getting enough oxygen, and her ejection fraction – the amount of blood the left ventricle pumps out into the body – was well below normal. It had been more than four hours since her symptoms started, and part of her heart muscle had suffered permanent damage.

"You lose about half of the heart muscle that you're going to lose in the first two hours, and that's why it's important to get to the hospital as soon as you can," Doyle said. "Once it turns to scar, it's gone."

Months later, the doctors placed an implantable cardioverter defibrillator-pacemaker in her chest to help control her heart rhythm.

Kelly later returned to teaching fifth grade, only to soon realize she didn't have the energy to make it through a full day. The next year, she tried teaching part-time, but that also proved to be too much.

A year after her heart attack, Kelly attended an American Heart Association Go Red for Women luncheon. She returned to the event the next year as a speaker. She tried to hold it together as her family watched, but seeing her mother cry caused Kelly to become emotional.

While Kelly can no longer ski or hike with the same energy she once did, she takes pleasure in activities such as scrapbooking, crafting and reading. And she never turns down a chance to go out for ice cream with her daughters.

"Anything I can experience, I want to," Kelly said. "I think of this as a second chance, and I want to make the most of it."