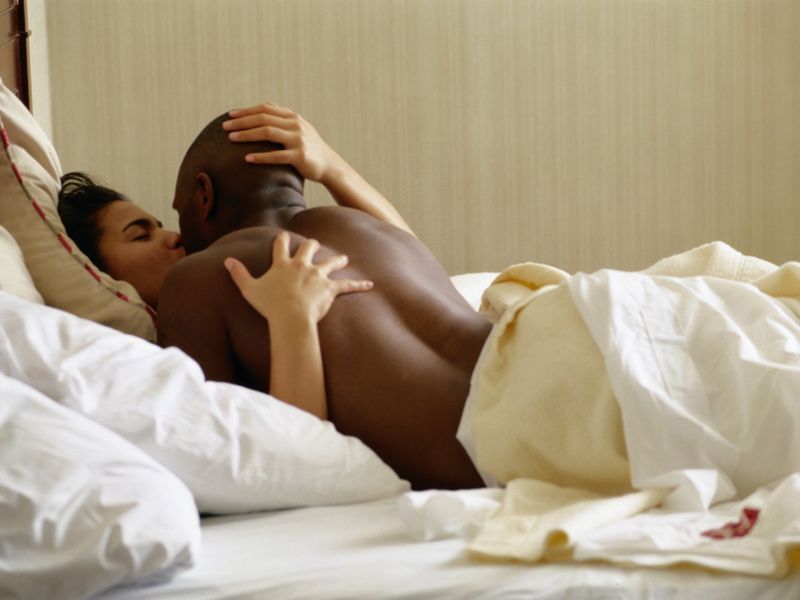 The makeup of bacteria that colonize a man's penis can help predict the risk of a serious and hard-to-treat vaginal infection in his female partner, new research suggests.

Bacterial vaginosis, also known as BV, can lead to problems in pregnancy and make a woman more vulnerable to several sexually transmitted diseases. More than 20% of women worldwide get BV.

For this study, researchers tracked 168 couples and found that women whose partner had BV-related bacteria on their penis were more likely to develop BV within a year.

"Our results show that penile bacteria can accurately predict new cases of BV in women who did not have BV to begin with, up to six to 12 months in the future," said lead author Supriya Mehta. "This is important, because it suggests that reducing these bacteria from the penis may reduce BV cases or improve treatment outcomes in women."

Mehta is an associate professor of epidemiology at the University of Illinois at Chicago.

The study authors stressed that they are not saying that exposure to certain types of penile bacteria actually causes BV, though that's possible. But it's also possible that, over time, or with repeated exposure, penile bacteria may upset the natural balance of microbes in a woman's vagina, indirectly raising her BV risk.

Mehta noted that BV can be related to behaviors other than sex, such as douching.

"Effective prevention and treatment of BV will need more than one approach," Mehta said.

BV is often asymptomatic, but it can cause vaginal discharge, odor and irritation. It can also lead to pregnancy complications and an increased vulnerability to other sexually transmitted infections, such as HIV, herpes simplex virus, chlamydia and gonorrhea.

Typically, women are treated with antibiotics. But in about half of cases, the infection returns within six months, Mehta said. That's triggered a search for more effective treatments, including biotherapeutic interventions now under review. It has also sparked interest in identifying the source of the problem.

Mehta's team focused on the experiences of 168 straight couples living in Kenya, a country in sub-Saharan Africa where BV is more common than elsewhere. It affects 20% to 50% of all women there.

Women in the study were at least 16 years old when they enrolled. All had a male partner, and none had BV when the study began. All were tracked for one year.

Nearly one-third of the women developed BV, with risk rising if the male partner was uncircumcised. Bacterial swabbing done at the survey's start revealed a clear association between increased risk and the presence of BV-related bacteria in the male partner, the findings showed.

But problems remain: There is no easy-to-administer or affordable test for men, Mehta noted, and a treatment regimen is uncertain -- a topical drug is unlikely to work. And, "right now, we don't know what type of antibiotic, dose or duration might be most beneficial to provide to male sex partners," she added.

Dr. Lisa Rahangdale, a professor of general obstetrics and gynecology at the University of North Carolina Chapel Hill School of Medicine, reviewed the study findings.

She said that the association is "interesting," but she added that more study is needed.

"It is not clear if we can say that the BV in the female partner was caused by the microbiota in the male," Rahangdale said. "Perhaps there was some change in the milieu just related to bringing two different microbiota together. It is a definitely interesting angle to pursue."

The findings were published Aug. 4 in the journal Frontiers in Cellular and Infection Microbiology.

The vagina includes the labia, clitoris, and uterus. See Answer