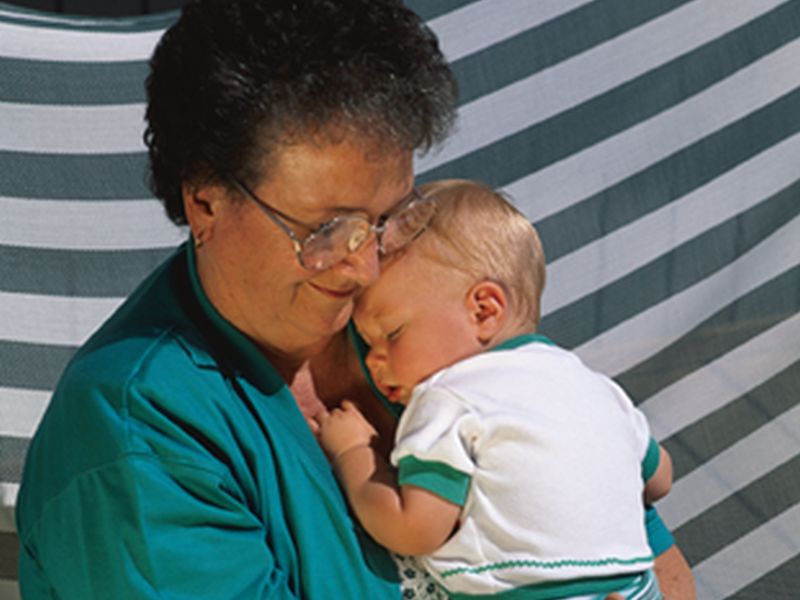 Nearly 3 million children in the United States are being raised by grandparents, and life has placed these kids on a rocky road toward adulthood, a new study reports.

These children are much more likely to have experienced traumatic events that will influence their development, according to the report published online Aug. 3 in the journal Pediatrics.

By school age (6 to 17 years), these kids are almost twice as likely to be diagnosed with attention-deficit/hyperactivity disorder (ADHD), and they are five times more likely to be found to have ADHD during preschool (ages 3 to 5), the findings showed.

The stats show a "history of adversity" for these kids, leaving them with "potentially less opportunity" than kids raised by their parents, said senior researcher Dr. Andrew Adesman, chief of developmental and behavioral pediatrics at Northwell Health's Cohen Children's Medical Center, in Manhasset, N.Y.

However, some prominent people have shown that being raised by a grandparent can be the launching pad for success -- among them presidents Barack Obama and Bill Clinton, comedians Carol Burnett and Jamie Foxx, and musicians Eric Clapton, Willie Nelson and 50 Cent.

"Not everyone is going to turn out to be president of the United States, but we should be careful about painting with a broad brush," Adesman said. "Grandparents who step in and care for their grandchildren are doing amazing work. It's vital they assume these responsibilities when the need arises, and they should all be commended given the challenges they have."

About 2% of U.S. children -- 2.9 million -- are being raised by their grandparents. To find out more about them, Adesman's team analyzed data from the National Survey of Children's Health, a regularly conducted federal study of health trends among U.S. kids.

The researchers compared just over 2,400 grandparent-headed households against over 78,000 households headed by parents between 2016 and 2018.

Besides having a parent in jail or with a substance abuse problem, other adverse experiences that were more common among kids being raised by their grandparents included:

And children being raised by grandparents were more than six times as likely to have experienced three or more of these traumatic events, the study found.

The grandparents are helping raise these kids in very difficult circumstances, Adesman noted.

"We found grandparents had lower education, lower household income and a greater proportion of them were single caregivers," he said. "Those all represent additional potential challenges to grandparents raising their grandchildren."

The good news is that grandparents appear to be up to the task.

"When we looked at measures of coping and asked how well they're handling the day-to-day responsibility, we found the grandparents were coping just as well in terms of their parenting after properly controlling statistically for many of the underlying sociodemographic differences," Adesman said.

Dr. Eyal Shemesh is chief of behavioral and developmental health for Mount Sinai Kravis Children's Hospital in New York City. He said that the findings "do not come as a surprise," but shouldn't be used to bash grandparents who are doing their best.

"The large dataset cannot, unfortunately, correct for the fact that in many (almost all) cases, children are raised by grandparents for a reason -- for example, that the child is difficult to raise or that the parents are unable to raise the child for a myriad of reasons," he said.

Because these children come from troubled backgrounds, Shemesh said he is "concerned that the lay public might interpret the results as indicating that children should not be raised by their grandparents." This is not the correct interpretation of the findings, he stressed.

"And, in fact, it may well be that children raised by their grandparents are better off than any other alternatives that those particular children may have," Shemesh said.