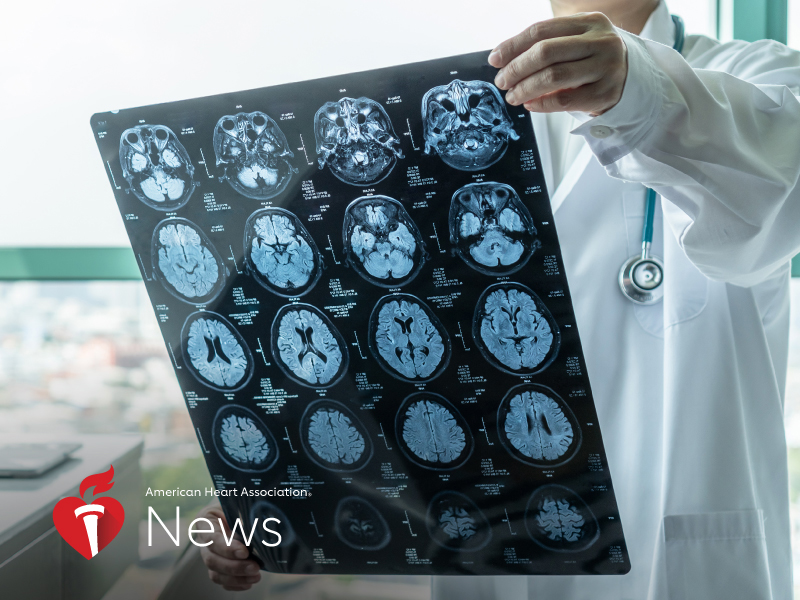 Having high blood pressure for long periods may increase the chance of small vessel damage in the brain, which has been linked to dementia and stroke, according to a new study.

Scientists have long known high blood pressure, also called hypertension, can lead to stroke, and past studies also have connected it to Alzheimer's disease. The new research, published Friday in the American Heart Association journal Hypertension, zeroed in on how high blood pressure impacts cerebral small vessel disease, the most frequent type of vascular brain disease in people with stroke and dementia.

Researchers looked at data from 1,686 adults who were free of stroke or dementia at the start of the study. Participants were given periodic blood pressure measurements throughout mid- and late life, as well as brain MRIs to check different parts of the brain for cerebral microbleeding, the accumulation of small blood products in brain tissue, and dead tissue. Both are signs of cerebral small vessel disease.

The study found that the longer participants had high blood pressure, the more likely they were to have cerebral small blood vessel disease.

"Because (it) is the most common underlying form of cerebrovascular disease, our findings can help us tell who is at high risk for stroke and dementia, both of which are major growing public health problems."

Alzheimer's is the sixth-leading cause of death in the U.S., where nearly 6 million people have the condition, according to the Alzheimer's Association. That number is expected to more than double as baby boomers age.

"We hope our study increases awareness both for individuals and for practitioners. If we treat hypertension early on, we're likely to decrease the occurrence of small vessel disease and, more importantly, the occurrence of dementia and stroke."

Romero said he'd like to see future long-term research "that will fine-tune our treatment and find the best medications to prevent small vessel disease."

Dr. Deborah A. Levine, who was not involved in the research, said even though the study used mostly white participants living near Framingham, Massachusetts, it is likely applicable to people in other racial and ethnic groups and geographic areas.

The results "are important because they provide evidence to connect the pathway between high blood pressure, cerebral small vessel disease and stroke and dementia," said Levine, an associate professor of internal medicine and neurology at the University of Michigan Medical School. "Before this study, the link was hypothesized but evidence was lacking."

The findings underscore the importance of getting your blood pressure checked regularly and treating it if it's high, she said.