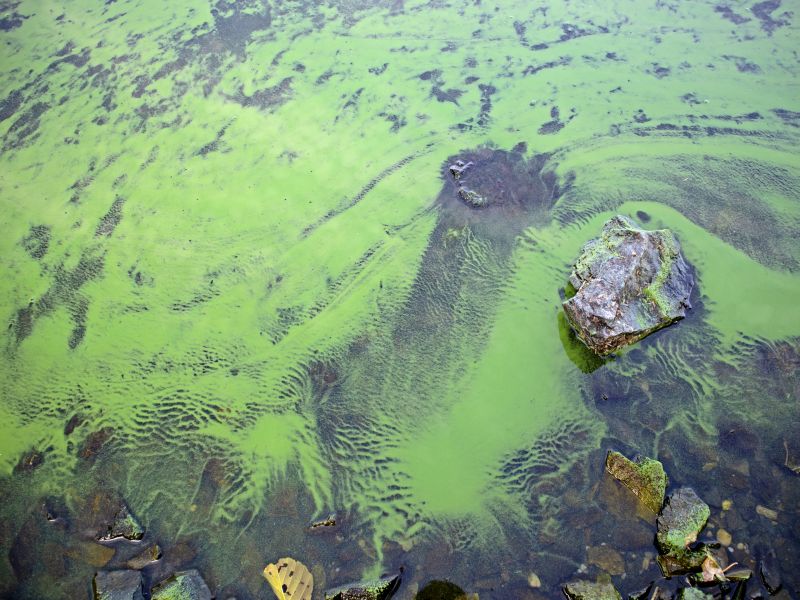 These toxic blooms are known to be dangerous to human and animal health, but a new study suggests they might be even more harmful than previously thought.

A single massive blue-green algae bloom in Florida's Lake Okeechobee and the Caloosahatchee River flowed into the Gulf of Mexico in 2018 and combined with a red tide algae bloom to create a toxic stew just off the Fort Myers coast, according to an analysis published online July 18 in Neurotoxicity Research.

"The liver toxins that we found were of sufficient concentration that you would probably get sick in the short term from drinking the water," he said. "It's all dose-dependent, so a larger person would need to drink more than a smaller person or a child."

But other algae toxins were also present, including a substance called BMAA that may be linked to neurodegenerative disorders like Alzheimer's disease and amyotrophic lateral sclerosis (also known as ALS or Lou Gehrig's disease), Metcalf said.

Previous studies have linked continual dietary exposure to BMAA with early development of neurodegenerative diseases in lab animals, he said.

"You may not get sick today, but what if you drink this stuff for 10 years? We're concerned that is a risk for developing Alzheimer's or ALS," Metcalf said. "Our research has indicated that it could be a risk factor for neurological disease."

The study is significant because it shows that a single algae bloom can produce different toxins that could be harmful in different ways, said Anne Weir Schechinger, a senior analyst with the Environmental Working Group, in Minneapolis.

"When we know that these different toxins can be produced by the same bloom, then we can start to do better at protecting people, because they have a lot of public health impacts," she said.

News reports of toxic algae blooms have become increasingly common, Schechinger said. In 2010, there were fewer than 100 stories about such blooms in the United States; last year, more than 500 blooms made news.

"We really think a big driver of this is climate change," Schechinger said. "Algae blooms flourish and occur more frequently when nutrients like phosphorous and nitrogen wash into water bodies and combine with heat and sunlight."

She said it's important to avoid any algae-choked water.

"If you know there is a bloom occurring in your local body of water, I would definitely say stay out of it, first off," Schechinger said. "Stay out of the water body and keep your children and pets out of the water."

A growing number of dogs are dying each year after swimming in water polluted by toxic algae, she and Metcalf said.

Also, if you spot an algae bloom, report it to your local health department or environmental agency so toxicity tests can be done, Schechinger advised.

A growing concern is that simply staying out of the water won't be enough to protect you from an algae bloom's toxins.

"They were able to show it actually traveled in the air two miles from the water body that was affected," she said. "We might be getting exposed to the toxins in the air, further from these water bodies."