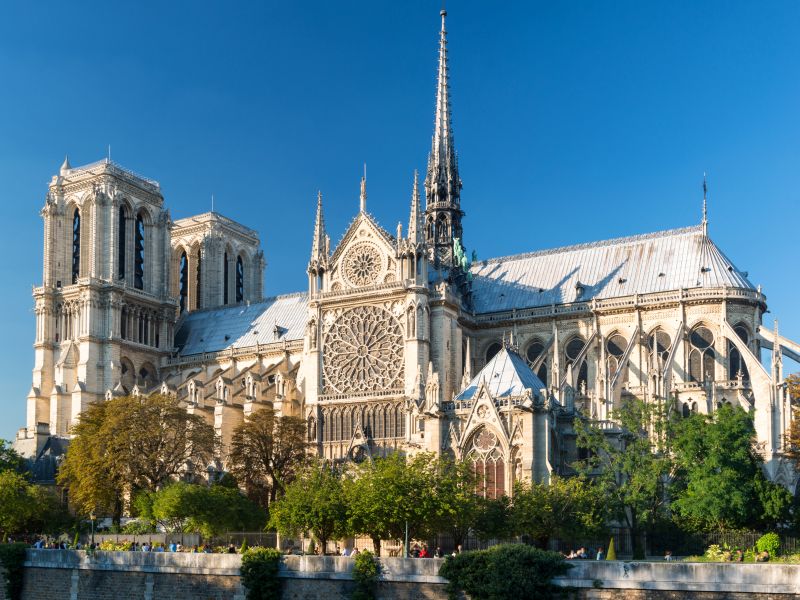 A ton of dangerous lead dust may have been deposited around Notre Dame cathedral in Paris when it burned in April 2019 -- far more than had been estimated, a new study suggests.

The cathedral's roof and spire were covered in 460 tons of lead -- a neurotoxic metal that's especially dangerous to children -- and questions have been raised about how much lead was released into nearby neighborhoods.

An analysis of 100 soil samples from sites around the cathedral concluded that 2,200 pounds of lead dust landed within 1 kilometer (0.6 of a mile). That's six times the current estimate for lead fallout within 12 miles of the site.

Lead levels downwind were twice that in areas outside the smoke plume's path, the study found.

For a brief time, people within a kilometer downwind probably had greater exposure to lead fallout than suggested by French authorities, according to the study published recently in the journal GeoHealth.

Fewer than 100 milligrams of lead would be expected in a kilogram of non-contaminated soil, the researchers said. But samples collected within a kilometer of the cathedral averaged 200 mg/kg.

Lead levels collected northwest of the cathedral averaged nearly 430 mg/kg -- double that of the surrounding area, and above France's 300 mg/kg limit.

"Our final estimation of the total amount of excess lead is much larger compared with what has been reported earlier by other teams," said study co-author Yuling Yao of the statistics department at Columbia University in New York City.

"Of course, we are measuring slightly different things, but ultimately all disagreement in scientific findings shall be validated by more data, especially when they have profound policy and public health consequences. I hope our work sheds some light in that direction," he added in a university news release.

The possible impacts on people's health are difficult to assess because too few samples of soil, dust and blood were collected immediately after the blaze, said lead author Lex van Geen, a geochemist at Columbia University's Lamont-Doherty Earth Observatory.

However, he said it's possible that lead dust from the fire could have posed a brief but significant health hazard to children living downwind.