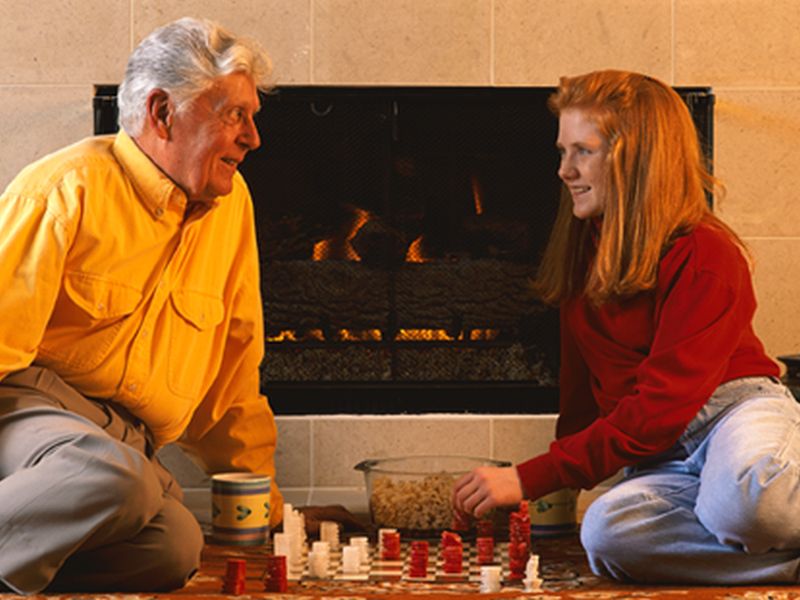 The older people get, the less likely they are to share memories, researchers say.

And when they do reminisce, older folks don't offer as much detail as younger adults do, new study findings show.

Over four days, University of Arizona researchers used a smartphone app to record random bits of conversations as 102 mentally healthy 65- to 90-year-olds went about their daily lives.

Thirty-second snippets were recorded every six to 18 minutes. Participants didn't know when they were being recorded.

The recordings were analyzed in order to determine how often participants shared stories about their life experiences.

"We found that the older individuals in our study shared fewer memories," said Aubrey Wank, a graduate student in psychology who led the study.

"Additionally, we found that the level of detail also decreased with older age as people were describing these memories," she added in a university news release.

The study was recently published in the journal Frontiers in Human Neuroscience.

According to senior study author Matthew Grilli, an assistant professor of psychology, "This study really gives us one of the first glimpses of people sharing these memories in their day-to-day life."

Grilli said it's important for people to recall and share memories, because it can help them find meaning, connect with others, and guide planning and decision-making.

It's not clear why older people share fewer memories, but it may be due to age-related changes in the brain, the researchers suggested.

"There are a number of regions in the brain that seem to play an important role in how often we think about our personal past or future," Grilli said. "These brain areas tend to show change with older age, and the idea is that because of these changes, older adults might reflect less on their personal past and future when they're talking with other people."