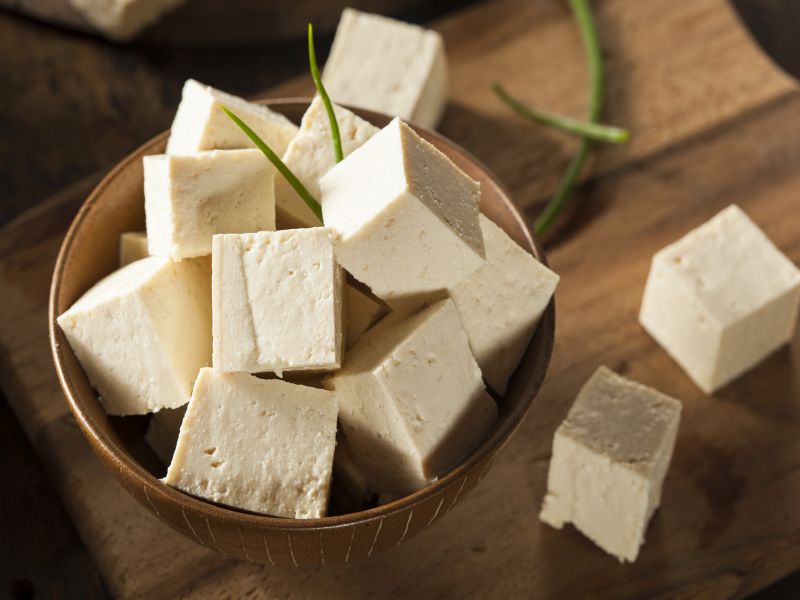 Swapping out tofu for your morning eggs or using beans instead of ground beef in your chili could help you live longer, a new study reports.

Getting your daily protein from plants instead of animals appears to reduce your overall risk of early death, researchers found.

Every 3% of a person's daily energy intake coming from plant protein instead of animal protein reduced a person's risk of premature death by 10%, the results showed.

Taking red meat out of your diet can be beneficial, but only if you swap for a healthy substitute, said lead researcher Jiaqi Huang, a postdoctoral fellow at the U.S. National Cancer Institute.

Protein made up about 15% of people's daily diet, with 40% coming from plants and 60% from animals, the researchers found.

During 16 years of follow-up, a pattern emerged where plant protein intake appeared to reduce risk of early death. Every 10 grams of plant-for-animal protein swapping per 1,000 calories resulted in a 12% lower risk of death for men and 14% for women, the findings showed.

According to senior researcher Dr. Demetrius Albanes, a senior investigator with the cancer institute, "Our data provide evidence to support the favorable role for plant-based diets in the prevention of cardiovascular disease mortality, and that modifications in choices of protein sources may influence health outcomes and longevity."

There are many reasons why choosing plant protein over animal protein could help extend your life, the researchers and experts said.

Meat protein tends to come with higher levels of saturated fat, cholesterol, sodium and other nutrients that aren't very good for your health, said Connie Diekman, a food and nutrition consultant in St. Louis and a past president of the Academy of Nutrition and Dietetics.

"For example, one ounce of red meat mixed with whole wheat pasta and veggies would provide much less saturated fat than a 9-ounce steak," Diekman said.

The researchers also added that there might be something specific about the amino acids formed from the breakdown of animal-based protein that could cause arteries to grow harder or inflammation to occur. Animal protein also could affect the health of people's gut bacteria.

One weakness of the study is that it relied on people's memories, as they were asked to remember what they'd eaten and fill out a questionnaire, Diekman said.

"This provides a glimpse at diet intake but doesn't show patterns, and patterns are key," Diekman said. "Combining an egg with brown rice and veggies provides a very different nutrient intake than eggs, bacon, biscuits and gravy."

These findings also run counter to other recent studies that have shown eggs are healthier than folks believed for decades, Jaeckel said.

"I think eggs can be part of a healthy and balanced diet. I wouldn't want eggs to be painted in a negative light, because I feel like there's always been flip-flopping with them," Jaeckel added.

Diekman said, "My take on the study, and what I would tell clients, is that evidence continues to grow to support the importance of consuming more plant foods and less animal foods, while also boosting vegetable, whole grain and fruit intake. We can enjoy our favorite, heavy egg or meat dish but probably not every day, and preferably in balance with lots of plant foods."

The report was published online July 13 in JAMA Internal Medicine.