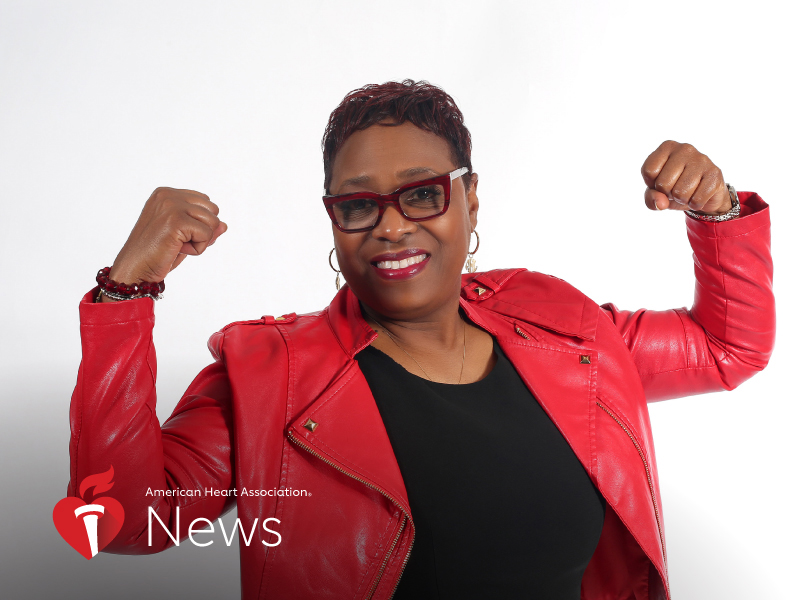 At her new job as a nurse at a college in St. Louis, Roslyn Harvey spent most of her day sitting at a desk. So, when she felt breathless walking across campus or climbing stairs, she figured she was out of shape.

To get fit, she started walking 15-20 minutes on a treadmill before work. Then one evening, Roslyn came home from work so exhausted she dozed off while sitting at her kitchen table. She jolted awake, surprised at her tiredness and sensing a sharp pain in her left shoulder and pressure in her chest.

"It was uncomfortable, but not like the vise grip or someone standing on your chest type of pressure I learned as a nurse," she said. "So, I thought it was indigestion."

The shoulder pain eased, but not the feeling in her chest. Roslyn noticed that whenever she moved, the discomfort moved, further bolstering her thinking it was only indigestion.

She went to bed but awakened at 2 a.m., took some antacid and went back to bed. In the morning, she felt the same. She soon found herself alternating between vomiting and diarrhea.

Then her brother called. As she described her symptoms, including the persistent pain in her chest, her brother said, "I think this is a heart attack."

"I arrived at the hospital at 11:35 a.m. and by 3:30 p.m. I was recovering from surgery in the ICU," she said. Doctors had placed two stents to restore blood flow in her heart.

Roslyn tried to understand why she had a heart attack at 58.

Although she was 15 pounds overweight, she didn't have high blood pressure or high cholesterol and didn't smoke. She looked more closely at her family's health history.

She hadn't been close to her late father. A copy of his death certificate showed he died of a heart attack in his late 60s. She also learned her maternal grandfather died in his 80s of a suspected heart attack. Roslyn's older brother and two sisters had high blood pressure.

"I felt like I was healthy and never had any problems," she said. "It was my assumption that I was fine."

After her heart attack in January 2015, Roslyn began exercising regularly. She eventually began working out for an hour at least three days a week.

She also changed her diet, avoiding sodium, sugar and fried foods. She decreased portions and changed her approach to dining out, asking for sauces and dressings on the side.

"I really started reading labels closely so I would know what I was eating," she said.

"I'm a lot more conscious about getting regular exercise," he said.

Robert said his mom's experience also illustrates the role of community support – both in cases of emergency and in making lifestyle changes.

"I'm being a lot more upfront with close friends so they know my family history in case anything happens," he said.

Roslyn said her experience illustrates the importance of listening to your body.

"You need to know your family history and listen to your body," she said. "If something doesn't feel right, then you need to seek medical help."

She volunteers for the American Heart Association, sharing her story and presenting heart-health information at her sorority and church.

Roslyn also learned more about recognizing heart attack symptoms. Like men, women's most common heart attack symptom is chest pain or discomfort, but women are more likely than men to experience other symptoms, including shortness of breath, extreme exhaustion, indigestion, nausea or vomiting, and back or jaw pain.

"Don't read my story and look for my symptoms," she said. "Just know that symptoms for women can be different than the ones men experience."