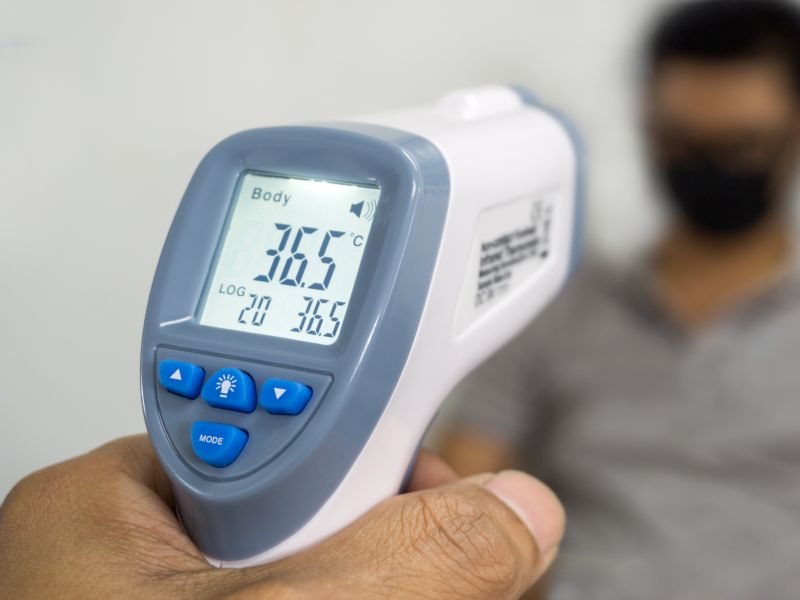 MONDAY, July 6, 2020 -- For the 27th day in a row, the rolling seven-day average for daily new coronavirus cases in the United States set another record on Sunday, climbing past 48,000 COVID-19 infections in just 24 hours.

At the same time, coronavirus-related hospitalizations rose to their highest levels to date in Arizona and Nevada, the Washington Post reported.

"We're right back where we were at the peak of the epidemic during the New York outbreak," former U.S. Food and Drug Administration commissioner Scott Gottlieb said Sunday on the CBS show, "Face the Nation," the Post reported. "The difference now is that we really had one epicenter of spread when New York was going through its hardship, now we really have four major epicenters of spread: Los Angeles, cities in Texas, cities in Florida, and Arizona. And Florida looks to be in the worst shape."

On Sunday, new coronavirus cases in that state exceeded 10,000 in a day for the third time in the past week, after the state posted a record of 11,458 new cases on Saturday, the Post reported. More than 47,000 of Florida's cases are in Miami-Dade county.

Things aren't much better in Texas. After reporting another single-day record for new coronavirus cases over the weekend, Austin Mayor Steve Adler told CNN's "State of the Union" there won't be enough medical personnel to keep up with the spike in cases if it continues, the Post reported.

"If we don't change this trajectory, then I am within two weeks of having our hospitals overrun," he said, adding that intensive care units in the city could be overflowing within 10 days. He said he wanted the authority to impose a lockdown locally if needed.

Meanwhile, the virus appears to be spreading wildly in Arizona, as hospitals rushed to expand capacity and adopted practices similar to those employed at the height of the outbreak in New York City and Italy, the Post reported. Those measures include doubling up hospital beds in rooms, pausing elective surgeries and bringing in health-care workers from other states.

So far, coronavirus death counts have not matched the spikes in new infections, however.

"What we're able to do is when people do get hospitalized and get into the ICU, we're able to save more lives with treatments like remdesivir, with steroids now, which has a big impact on mortality, and innovations in care like using blood thinners on patients and not intubating them as aggressively," Gottlieb explained.

As cases skyrocket, 'pooled' testing strategy put on the table

Case counts could get even worse.

The nation's top infectious disease expert warned that daily case counts could soon top 100,000 a day if the spread of COVID-19 isn't slowed.

"I can't make an accurate prediction, but it is going to be very disturbing, I will guarantee you that, because when you have an outbreak in one part of the country, even though in other parts of the country they are doing well, they are vulnerable," Dr. Anthony Fauci said during a Senate committee hearing last week.

"We've really got to do something about that, and we need to do it quickly," Fauci testified during questioning from Sen. Elizabeth Warren (D-Mass.). "Clearly, we are not in total control right now."

One new strategy that U.S. health officials plan to adopt is "pooled" coronavirus testing, the Times reported. The decades-old method would vastly increase the number of virus tests performed in the United States.

Instead of carefully rationing tests to only those with symptoms, pooled testing would allow frequent surveillance of asymptomatic people, the newspaper reported. Mass identification of coronavirus infections could hasten the reopening of schools, offices and factories.

With pooled testing, nasal or saliva swabs are taken from large groups of people. Setting aside part of each individual's sample, a lab then combines the rest into a batch holding five to 10 samples each. If a pooled sample yields a positive result, the lab would retest the reserved parts of each individual sample that went into the pool, pinpointing the infected person, according to the Times.

"We're in intensive discussions about how we're going to do it," Fauci told the Times. "We hope to get this off the ground as soon as possible."

A handful of states have actually brought the virus under control after being slammed in the early stages of the pandemic. Determined to keep case counts low, New York, Connecticut and New Jersey have said they will now mandate quarantines for travelers coming from states that are experiencing large spikes in new cases, the Times said.

By Monday, the U.S. coronavirus case count sailed past 2.9 million as the death toll neared 130,000, according to a Times tally.

Even as the pandemic is easing in Europe and some parts of Asia, it is worsening in India. As officials in New Delhi worked to test all of the city's 29 million residents, the number of coronavirus cases passed 697,000 on Monday, making it the country with the third-highest number of COVID-19 cases and pushing many hospitals to their breaking point, the Times reported.

Brazil has also become a hotspot in the coronavirus pandemic, with well over 1.6 million confirmed infections by Monday, according to the Hopkins tally. It has the second-highest number of cases, behind only the United States.

Cases are also spiking wildly in Russia: As of Monday, that country reported the world's fourth-highest number of COVID-19 cases, at nearly 687,000, the Hopkins tally showed.

Worldwide, the number of reported infections passed 11.4 million on Monday, with nearly 534,000 deaths, according to the Hopkins tally.