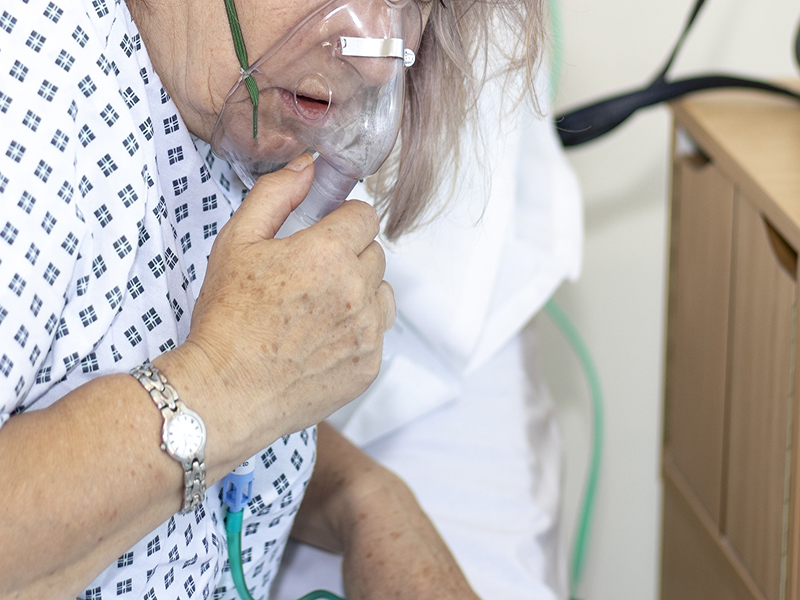 TUESDAY, June 16, 2020 (HealthDay News) -- With U.S. coronavirus cases now past 2 million, a new report finds that COVID-19 is much more lethal for Americans with underlying health issues -- illnesses such as heart disease, diabetes or lung ailments.

In fact, "deaths were 12 times higher among patients with reported underlying conditions," compared to healthy individuals, according to an analysis of more than 1.3 million cases of COVID-19 reported to the U.S. Centers for Disease Control and Prevention by May 30.

People with chronic health issues were also six times more likely to require hospital care if they got COVID-19 compared to people without such conditions, said a team led by Erin Stokes of the CDC's COVID-19 Emergency Response Team.

Age, gender and race all seemed to matter, too. Although the average age of COVID-19 patients was 48, the odds for intensive care unit admissions and death rose with age, and deaths were most common for people 80 years of age or older "regardless of the presence of underlying conditions," the CDC team said.

As seen in other studies, men were more prone to severe, life-threatening illness than women. And the illness hits minorities hardest: Even though blacks and Hispanics make up 13% and 18% of the U.S. population, they comprised 22% and 33% of COVID-19 cases, respectively, the report found.

This news comes against the backdrop of most states reopening after weeks of lockdown, even though many are now seeing alarming surges in new coronavirus cases. In New York, the former epicenter of the U.S. pandemic, Governor Andrew Cuomo on Sunday warned that a return to lockdown for his state was possible.

"If we have a high number of violations of the [reopening] policy, which is tantamount to a high likelihood of the spread of the virus, and the local governments are not monitoring policing, doing the compliance, yes, there is a very real possibility that we would roll back the reopening in those areas. The only alternative would be to pause the entire reopening," Cuomo said at a news conference.

According to CNN, 25,000 complaints have already been filed against businesses in Manhattan and elsewhere for violating the reopening plan. Violations included large gatherings, lack of social distancing and people going without masks.

Meanwhile, cases were rising in 18 states as of Saturday, with Oregon, Nevada, Wyoming, Oklahoma, Alabama and South Carolina recording a rise of over 50% in the past week as compared to the previous one, CNN noted.

Texas saw a record-high 2,200 people hospitalized with COVID-19 on Saturday, and North Carolina set its own record with 823 new hospitalizations the same day.

It's not clear if all this marks a second wave of the coronavirus pandemic in the United States, said Dr. Anthony Fauci, head of the U.S. National Institute of Allergy and Infectious Diseases. "However, when you start to see increases in hospitalization, that's a surefire situation that you've got to pay close attention to," he said on Friday.

By Tuesday, the U.S. coronavirus case count had passed 2.1 million as the death toll topped 116,000.

A new British study released last week offers some hope: Scientists report that the widespread use of face masks -- not more lockdowns -- could slow the spread of the virus to tolerable levels, the Washington Post reported.

Even as all states have now reopened, public health officials have raised concern about future coronavirus spread following weeks of protests against police brutality across the country. The CDC said Sunday it was closely monitoring the demonstrations and warned such gatherings could spur coronavirus transmission, CNN reported. Some states are already seeing upward trends in new cases.

On Thursday, another weekly batch of new jobless claims suggested that the damage the pandemic has wrought on the U.S. economy may be slowing. Roughly 1.5 million people filed for state unemployment insurance. That's a continued decline from the 6 million claims seen in a single week in March, The New York Times reported. More than 40 million claims have been filed since the coronavirus pandemic began.

In other news, the U.S. government's supply of remdesivir, the only drug known to work against COVID-19, will run out at the end of the month, Dr. Robert Kadlec, a U.S. Department of Health and Human Services (HHS) official, told CNN.

Meanwhile, the search for an effective vaccine goes on. The HHS said in late May that it would provide up to $1.2 billion to the drug company AstraZeneca to develop a potential coronavirus vaccine from Oxford University, in England.

The United States has already agreed to provide up to $483 million to the biotech company Moderna and $500 million to Johnson & Johnson for their vaccine efforts. It is also providing $30 million to a virus vaccine effort led by the French company Sanofi, the Times reported. On Thursday, Moderna said a large clinical trial of its vaccine candidate could begin in July.

Even as the pandemic is easing in Europe and some parts of Asia, it is worsening in India. The country has loosened some of the social distancing enacted in the world's largest lockdown, even as cases surge. As of Tuesday, India has more than 343,000 cases, a Johns Hopkins tally shows.

Brazil has also become a hotspot in the coronavirus pandemic, with almost 44,000 deaths and over 888,000 confirmed infections by Tuesday, according to the Hopkins tally. U.S. President Donald Trump has issued a ban on all foreign travelers from Brazil because of the burgeoning number of COVID-19 cases in that country, CNN reported.

President Jair Bolsonaro's government had stopped publishing a running total of coronavirus deaths and infections, the Associated Press reported. Critics called the move, which came after official numbers showed Brazil had the third-highest number of deaths and the second-highest number of cases in the world, an attempt to hide the true toll of the disease. A Supreme Court justice last week ordered publication of the cumulative totals of cases and deaths be resumed, the wire service reported.

Cases are also spiking wildly in Russia: As of Tuesday, that country reported the world's third-highest number of COVID-19 cases, at over 544,000, the Hopkins tally showed.

Worldwide, the number of reported infections passed 8 million on Tuesday, with more than 437,000 deaths, according to the Hopkins tally.