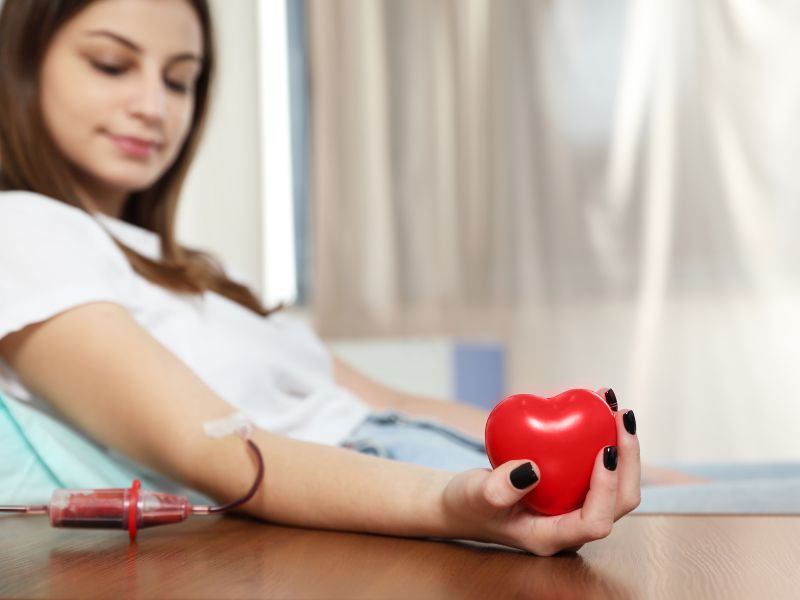 The concern comes as 16- to 18-year-olds have emerged as one of the fastest-growing groups of blood donors nationwide. But this study of nearly 31,000 teens who gave blood more than once between 2016 and 2018 found that roughly one in 10 were already iron-deficient when they donated for the first time.

And a year later, one-third of the girls and about 15% of the boys still had low iron levels, according to the report published online June 5 in the journal Pediatrics.

"Blood loss of any kind is a common cause of iron deficiency in the U.S.," said lead author Dr. Ralph Vassallo. And "blood donation results in the loss of iron-containing red blood cells," he added. Vassallo is chief medical and scientific officer at Vitalant in Scottsdale, Ariz., a nonprofit that collects and distributes volunteer blood donations in 27 states.

The researchers pointed out that the teen donations occur against a backdrop of rapid growth, the start of menstruation for girls and less-healthy eating habits. All affect iron levels.

Mast pointed out that menstruation contributes to iron loss among teen girls and women, but after several blood donations, males will also develop iron deficiency. Donors are not required have their iron levels tested.

The consequences of iron deficiency can be significant. The kind sometimes seen in blood donors of any age can undermine exercise performance, lead to lower infant birth weights, and trigger cravings for non-food items such as ice, clay or starch, according to Vassallo.

So U.S. blood centers recommend that all donors take low-dose (18 to 28 milligrams) iron for 60 days after donating "to quickly replace just the amount of iron lost during donation."

Vassallo said most teen donors could safely take low-dose iron indefinitely. Most fall short of the daily recommended 11 mg for boys and 15 mg for girls. Foods that are good sources of iron include fortified cereals, some beans, lean beef and liver, spinach, tofu and potatoes.

About 79% of girls and 75% of boys in the new study were first-time blood donors, the study authors noted.

The vast majority (96% of girls and 74% of boys) gave whole blood (WB), meaning the full gamut of red cells, white cells, platelets and plasma. Such donations lead to loss of about 250 mg of iron, according to study background notes.

A smaller number made "double red blood cell" (2RBC) donations, in which only red blood cells are collected. A 2RBC donation leads to loss of 425 mg of iron.

To help iron levels replenish, donors are required to wait 56 days between WB donations and 112 days between 2RBC blood draws.

But a year after their first WB donation, up to 40% of girls and 20% of boys had iron deficiency, the investigators found. This increased to about 50% of girls and 30% of boys who were red blood cell donors.

"This underscores the need for iron replacement in young donors," Vassallo said, noting that other research suggests that "time-limited, over-the-counter supplements" could reverse the trends.

But Mast suggested that a greater emphasis on adult donations may be a better way to go.

"Teenagers are still growing and developing neurocognitive function, which are developmental processes that require iron," he noted. "They also tend to have poor diets that may be low in iron." And girls are also adjusting to the start of their periods.

"Thus, teenagers have lower levels of iron stored in their body than adults, need more iron each day than adults, and are more susceptible to iron deficiency following blood donation than adults," Mast said.

And that, he added, is why he doesn't let his teenage daughter donate.

"Blood transfusion is a critical part of health care in the United States, and an adequate blood supply is essential," Mast said. But, he added, parents should learn about the iron-deficiency risk their children could face -- and having done so, step up and donate themselves.

"It would be wonderful if this happened more often, and we could decrease our reliance on teenagers for contributing to the blood supply," he said.