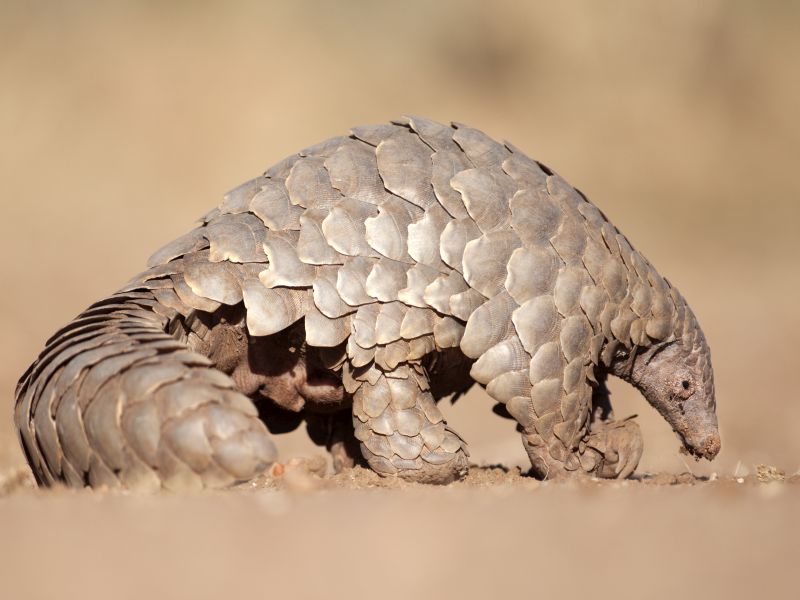 TUESDAY, June 2, 2020 -- Armadillo-like animals called pangolins may have played a role in the emergence in humans of the new SARS-CoV-2 coronavirus, but they weren't the only links in animal-to-human transmission, scientists say.

Pangolins are sold for food in live-animal "wet markets" in China -- facilities that have long been suspected of being ground zero for the spread of viruses originating in animals to people.

Since the pandemic, experts worldwide have called for the closure of such markets in China and elsewhere.

Researchers at Duke University School of Medicine, Los Alamos National Laboratory in New Mexico, the University of Texas at El Paso and New York University are studying the virus that causes COVID-19, and their research sheds new light on how it was able to make the leap from animals to people.

By exchanging an essential fragment of a gene in the virus in pangolins, SARS-CoV-2 became able to make its move, the researchers concluded.

This species-to-species jump was made possible because the virus' mutation allowed it to attach itself to human cells, like a key fitting into a lock, explain study co-author Dr. Feng Gao, a professor of medicine at Duke.

"Very much like the original SARS that jumped from bats to civets, or MERS that went from bats to dromedary camels, and then to humans, the progenitor of this pandemic coronavirus underwent evolutionary changes in its genetic material that enabled it to eventually infect humans," Gao said in a Duke news release.

However, the pangolin coronaviruses sampled in their new study are just too dissimilar from SARS-CoV-2 to infect humans, so it's possible that some intermediary species -- not pangolins or bats -- was involved in the process whereby SARS-CoV-2 acquired the ability to latch onto and infect human cells.

The new coronavirus uses a special structure on its outer coat to attach itself to human respiratory and intestinal cells, the researchers explained. This site is different from the one in infected bats, so bats weren't the cause of the pandemic, they noted.

And "people had already looked at the coronavirus sequences sampled from pangolins that we discuss in our paper," added co-researcher Elena Giorgi, a staff scientist at Los Alamos National Laboratory.

"However, the scientific community was still divided on whether they played a role in the evolution of SARS-CoV-2," she said in the release.

SARS-CoV-2 appears to be a sort of hybrid strain, somewhere between the strains isolated from either pangolins or bats, the researchers said.

"In our study, we demonstrated that indeed SARS-CoV-2 has a rich evolutionary history that included a reshuffling of genetic material between bat and pangolin coronavirus before it acquired its ability to jump to humans," Giorgi said.

Such "jumps" -- and the pandemics they might cause -- can be curbed in the future, however, the researchers stressed.

"While the direct reservoir of SARS-CoV-2 is still being sought, one thing is clear: reducing or eliminating direct human contact with wild animals is critical to preventing new coronavirus zoonosis in the future," they concluded, including wet markets.

The report was published May 29 in the journal Science Advances.