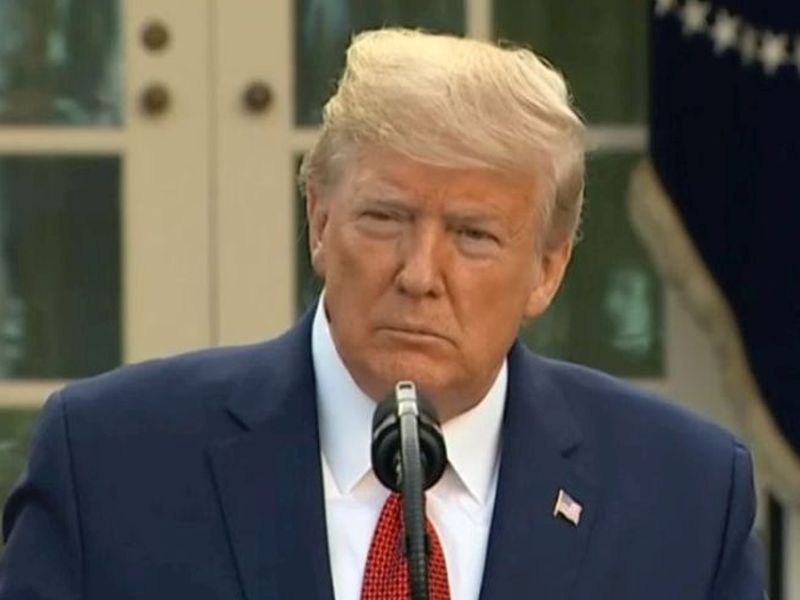 TUESDAY, May 19, 2020 (HealthDay News) -- Despite numerous studies suggesting that certain drugs touted by President Donald Trump as "game changers" against coronavirus are actually useless and even harmful, Trump on Monday claimed he has been taking one of them for more than a week.

Trump said he has been taking the drug hydroxychloroquine for about a week and a half in an effort to help prevent infection or illness with SARS-CoV-2, the new coronavirus. He said he is taking the drug with the approval of the White House physician.

Trump said, "All I can tell you is, so far I seem to be OK," The New York Times reported.

Early in the coronavirus pandemic, Trump pointed to hydroxychloroquine and a related drug, chloroquine, as perhaps a quick medicinal solution to the growing coronavirus scourge.

But any early promise on the drugs' potential against the virus soon fizzled.

For example, one U.S. study published in late April found the death rate for people with COVID-19 who took hydroxychloroquine on top of usual care was actually higher than those who didn't -- 28% vs. 11%, respectively.

Soon after, the U.S. Food and Drug Administration issued a statement that "hydroxychloroquine and chloroquine have not been shown to be safe and effective for treating or preventing COVID-19."

The FDA also warned that "hydroxychloroquine and chloroquine can cause abnormal heart rhythms such as QT interval prolongation and a dangerously rapid heart rate called ventricular tachycardia."

On May 8, New York City physicians reporting in the New England Journal of Medicine tracked outcomes for nearly 1,400 patients with severe COVID-19. Those that got hydroxychloroquine fared no better than those who did not.

Dr. Matthew Heinz is a hospitalist and internist at Tucson Medical Center in Arizona. Reacting to Trump's announcement on Monday, he said that, "I cannot stress enough how reckless it is to encourage anybody to take hydroxychloroquine or any other unproven remedy for SARS-CoV-2."

"Chloroquine and hydroxychloroquine are not benign substances and can cause serious, sometimes life-threatening, adverse effects," including sometimes fatal cardiac arrhythmias, he noted. "This is especially true when so many people already have underlying cardiac and other medical conditions -- they are even more susceptible to such side effects."

According to the Times, Trump, 73, is statistically obese at 243 pounds, eats fatty food, shuns exercise, and takes a cholesterol-lowering statin.

Heinz said that beyond any theoretical threat to the president's health, supporting the use of hydroxychloroquine poses a threat to the health of those who might copy his actions.

"Our political leadership must serve as an example during this pandemic and should reinforce the recommendations of qualified medical professionals and public health officials," Heinz said. "Taking hydroxychloroquine is not recommended to treat or prevent COVID-19."

The drug is useful in treating other conditions, such as lupus.