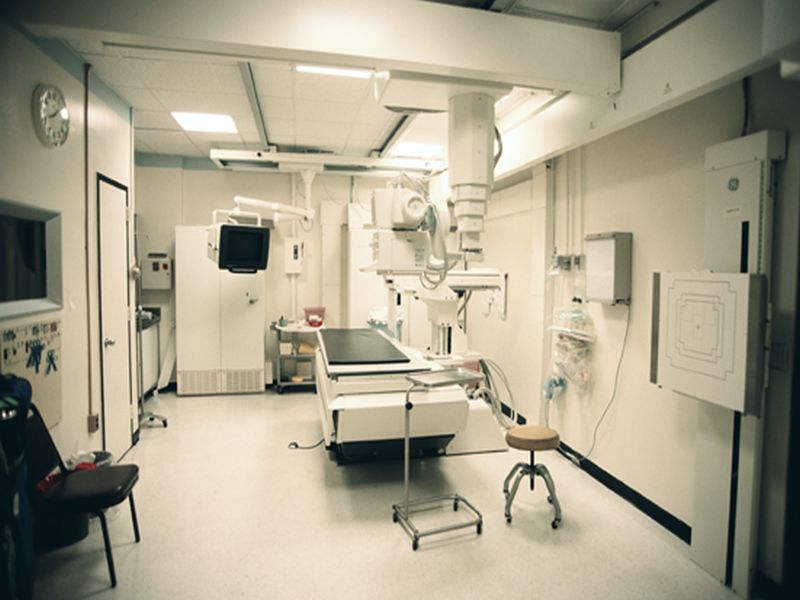 WEDNESDAY, May 6, 2020 (HealthDay News) -- The COVID-19 pandemic has done untold economic damage in the United States, with businesses shuttering and people self-isolating at home to try to slow the spread of the highly contagious coronavirus.

You might think hospitals and health care systems would be immune to this wave of financial ruin, since there's no industry more crucial to America's fight against the pandemic.

The health care industry experienced an estimated $500 billion reduction in revenue during the first quarter of 2020, said Dr. David Shulkin, a former secretary of Veterans Affairs and former president and CEO of Beth Israel Medical Center in New York City.

"There's no doubt our hospitals, health systems, health care providers in general have taken a significant financial hit during this crisis," Shulkin said during a HealthDay Live Stream interview. "In general, the average hospital has seen about a 40% to 45% decrease in operating revenue during this period of time."

In response, hospitals and health care companies have announced a wave of layoffs and cutbacks:

These cuts might seem incongruous, given news reports of emergency rooms overrun with COVID-19 cases and hospitals running out of beds in epidemic zones, said Leighton Ku, director of the George Washington University Center for Health Policy Research.

But the U.S. response to the pandemic has impacted the business of health care in much the same way it has affected other industries, Ku and Shulkin said.

Elective procedures account for about one-third of total inpatient hospital revenue, according to a recent editorial in the Journal of the American Medical Association. By one estimate, hospitals earn $700 more for an elective admission than for an admission through the emergency department.

"Those are some things that tended to be their profit centers," Ku said.

There's also been an alarming decrease in the number of people coming to the hospital for emergency treatment of strokes, heart attacks and other dire illnesses, Shulkin added.

"Patients have stayed away from the hospitals because of concerns they have about getting infected," Shulkin said.

The University of Alabama-Birmingham (UAB) Stroke Center experienced a 50% decrease in stroke cases during the last month, even though it's located on the "buckle of the stroke belt in the southeast United States," said UAB neurologist Dr. Mark Harrigan.

ER visits in Chattanooga, Tenn., have decreased 45% for adults and 71% for children compared to this time last year, according to the American Hospital Association.

"That is both more puzzling to people and a little scarier, because those are the kinds of procedures you don't want to put off," Ku said.

At the same time, hospitals have had to pour resources into protecting both its employees and incoming patients from COVID-19 infection, Ku said.

For example, "women are [still] having babies," Ku said. "So, you now want additional procedures to be done to protect the mothers and the babies."

The federal stimulus packages that have passed will provide about $175 billion, or about 35% of the revenue lost to the health care industry in the first quarter of 2020, Shulkin said.

"The rest will need to come from hard decisions that hospitals are going to need to make," Shulkin said.

Phased reopening of state economies could help health care's bottom line, by bringing back elective procedures and other clinical activities that were halted or scaled back during lockdowns, Shulkin said.

"We're beginning to see this opening up in parts of the country that appear to be safe," Shulkin said.

But that might be too late for some hospitals, particularly those located in the rural parts of America, Ku noted.

"Rural hospitals were in trouble already, even before all this happened," Ku said. "It could be that the losses right now are that extra little thing that would push them off the edge. I wouldn't be surprised to hear that some more rural hospitals or very small hospitals, this was the thing that pushed them into bankruptcy."

Health care will definitely take a severe financial hit as a result of COVID-19, Shulkin said. "But how bad it is, the script is still being written. What happens with the infection is really going to determine that," he added.

"If we see a second wave or resurgence of infections, we're going to have to go right back to stopping some of those elective activities, and that's going to hurt hospitals and health providers further," Shulkin concluded.