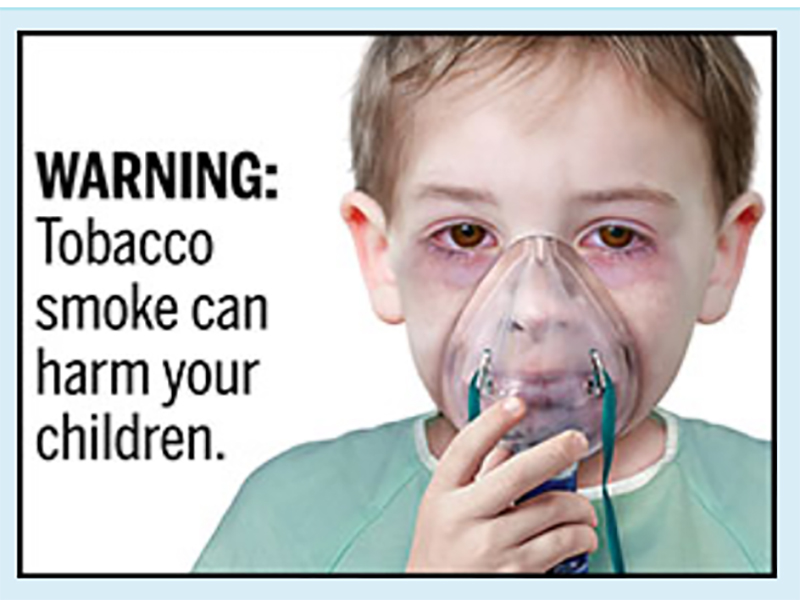 As of June 18, 2021, the 11 new warnings must be displayed prominently, filling the top half of cigarette packages on both front and back and at least 20% of the area at the top of ads.

The warnings include text and photo-realistic color images depicting some of the lesser-known, but serious health risks of cigarette smoking, including impaired fetal growth, heart disease, diabetes and more.

The warnings "represent the most significant change to cigarette labels in more than 35 years and will considerably increase public awareness of lesser-known, but serious negative health consequences of cigarette smoking," Mitch Zeller, director of FDA's Center for Tobacco Products, said in an agency news release.

"Research shows that the current warnings on cigarettes, which have not changed since 1984, have become virtually invisible to both smokers and nonsmokers, in part because of their small size, location and lack of an image," Zeller said.

Research also shows substantial gaps remain in the public's knowledge of smoking's harms and that smokers are misinformed about cigarettes and their negative health effects.

"The new cigarette health warnings complement other critical FDA actions, including outreach campaigns targeted to both adults and youth, to educate the public about the dangers associated with using cigarettes, as well as other tobacco products," Zeller said.

Thirteen warnings were considered. The 11 new ones were selected based on consumer research and public comments, scientific literature and other factors, according to the FDA.

The messages all begin with WARNING, followed by: