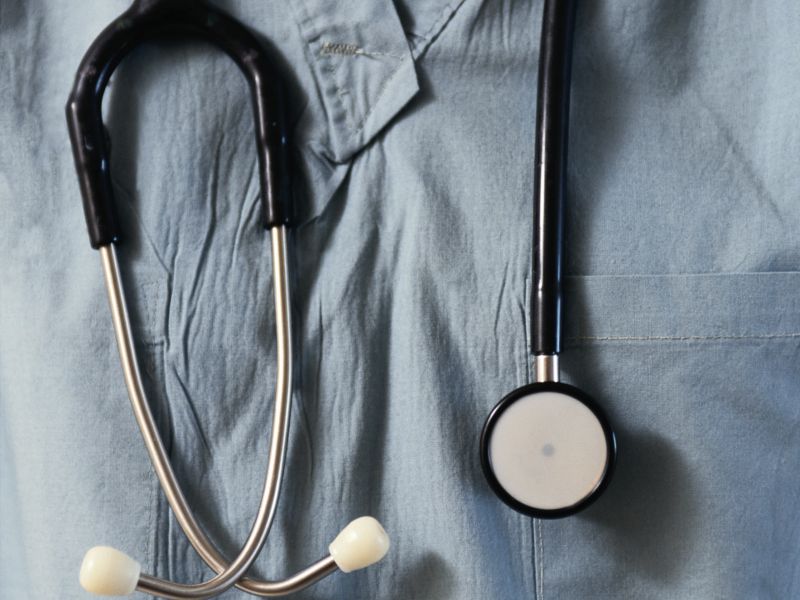 MONDAY, March 16, 2020 (HealthDay News) -- If you ask Dr. Molly Benedum whether there is a shortage of doctors in America, this is the story she will tell you:

After joining the Appalachian Regional Health System's family practice in North Carolina, she saw an immediate influx of patients -- women in particular -- that reflected both pent-up demand for primary care doctors and the fact that she happened to be the only woman among the clinic's four physicians.

"When I meet new patients, they always ask me if I'm planning to stay, because it seems like a lot of people have just been cycled through provider after provider," Benedum said.

Physician access issues are not new to Appalachia -- or the rest of the nation. Anyone who's ever had to wait months for an appointment, drive an hour or more to see a doctor, or learn that a trusted doctor has moved or retired knows how frustrating such obstacles can be.

Unfortunately, many experts say the aging of America will only make matters worse.

How bad could it get?

The Association of American Medical Colleges (AAMC) predicts a total shortage of 46,900 to 121,900 physicians by 2032. That includes a projected shortfall of 21,100 to 55,200 primary care physicians. Updated projections are due out this spring.

Demographics remain the main driver of rising demand. Along with overall growth of the U.S. population, the 65-and-older segment will expand by nearly half, up 48%, versus just 3.5% growth in the pediatric population.

And with aging comes more conditions that are best managed by a doctor, explained Dr. Ronald Burns, president of the American Osteopathic Association.

On the supply side of the coin, physician retirements, burnout and reduced work hours all fuel the looming shortage.

How the physician shortage shakes out

So, is America really facing a national physician shortage? It depends who you ask.

Researchers who study health workforce issues say the reality is much more nuanced.

With debt burdens averaging $191,000 upon graduation from medical school, it's little wonder many prospective doctors choose lucrative medical and surgical specialties, some of which pay twice as much as primary care.

Researchers say it's not just how many and where physicians practice. Gaps in racial/ethnic diversity and gender equity also persist.

A March 2018 study in the Journal of Health Care for the Poor and Underserved found that "minority physicians underrepresented in medicine" -- blacks, Hispanics, and Native Americans -- constituted 13.4% of primary care physicians who provide patient care, substantially lower than the percentage of Americans (30.5%) belonging to those groups in the overall population.

Researchers, academicians and clinicians seem to agree on one point. To have enough of the right types of doctors in the right places requires a multipronged approach.

Planting new medical schools and regional campuses in America's rural outskirts is one strategy for getting doctors where they're needed. The Idaho College of Osteopathic Medicine, the state's first-ever medical school, accepted its first class in 2018. It's preparing students to care for rural, underserved populations.

And in October, the American Medical Association (AMA) will convene an inaugural summit to focus on transforming graduate medical education (GME). Last June, it announced $14.4 million in grants over five years to fund projects that rethink physician training to reduce burnout and prepare students to collaborate with other health professions on interdisciplinary teams.

Telehealth also shows promise as a way to stretch existing resources while assuring that people get timely access to specialty care. In a study involving nearly 9,000 electronic consultations between primary care doctors in Connecticut and specialists in common, high-demand areas (like dermatology and gastroenterology), researchers found it cost $84 less per patient per month, on average, than a face-to-face visit.

Why not simply mint more doctors? For one thing, there's a cost involved. To become fully licensed physicians, U.S. medical school graduates must complete hands-on training in teaching hospitals and clinics. Not everyone sees eye to eye on whether spending more taxpayer dollars to train more physicians is a good idea.

Overall, Medicare shells out nearly $11 billion in GME payments to hospitals, according to the nonpartisan Congressional Research Service (CRS). That includes $3.6 billion to support the "direct" costs of training residents, including resident salaries, benefits, supervisory physician salaries, and overhead.

The remaining $7.38 billion goes toward the higher "indirect" costs of providing patient care in a teaching hospital, says CRS. It also points out that the independent Medicare Payment Advisory Commission and other federal agencies say those payments may be up to twice what is justified.

Still, some organizations worry that medical school graduates will be squeezed out of training opportunities, and that is why AMA, AAMC, and others are asking Congress to lift the cap on residency training slots.

Bills introduced in the House and Senate would expand Medicare funding for 15,000 additional positions. To put that in context, the number of first-year residency positions offered to U.S. medical school students in 2019 topped 32,000, an all-time high. (Match Day 2020, when the next round of medical students will learn where they'll train for the next three to seven years, is March 20.)

Medicare GME-funded training slots continue to grow, albeit at a slow rate, due to a provision permitting reimbursement for new teaching programs, Salsberg pointed out. "The fact is there are still many, many opportunities for U.S. medical school graduates and osteopathic graduates," he said.

Patricia Pittman, who directs the Fitzhugh Mullan Institute for Health Workforce Equity, doesn't see the sense of pouring more money into training more physicians until larger issues are hammered out: What types of physicians are really needed, for example? Where are they needed? And how can they be convinced to accept Medicaid?

"I think policymakers should consider the possibility of expanding the physician workforce," she said, "but only after we've figured out a way to patch up these leaky holes."