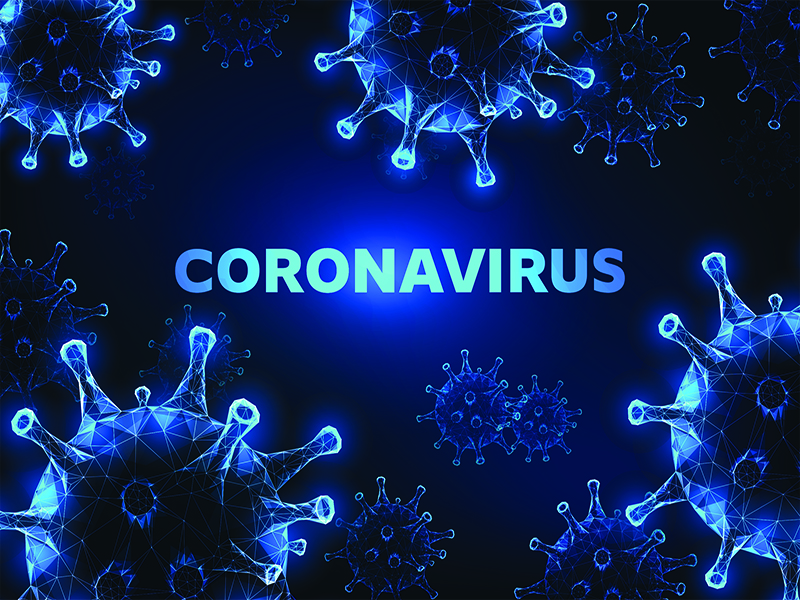 He noted that "in the past two weeks, the number of cases of COVID-19 outside China has increased 13-fold and the number of affected countries has tripled."

But the WHO chief also stressed that labeling the crisis a pandemic does not mean it's too late to turn things around.

"We cannot say this loudly enough, or clearly enough, or often enough: all countries can still change the course of this pandemic," he said.

In the meantime, public officials across America raced to curb the spread of coronavirus as the number of U.S. cases topped 1,000 on Tuesday, with at least 19 states now declaring states of emergency.

Five more deaths -- two in Washington state and one each in California, New Jersey and South Dakota-- were reported Tuesday, bringing the national death toll to 31, the Washington Post reported.

In just one week, the number of U.S. cases have jumped eightfold.

"We would like the country to realize that, as a nation, we can't be doing the kinds of things we were doing a few months ago. That it doesn't matter if you're in a state that has no cases or one case, you have to start taking seriously what you can do now," Fauci said during a Tuesday media briefing. "Everybody should say, 'All hands on deck. This is what we need to do.'"

In Washington state, Gov. Jay Inslee was expected to ban gatherings of more than 250 people across the Seattle metro area, home to some 4 million people, as cases there spiked to 267, the Associated Press reported.

In New York state, Gov. Andrew Cuomo turned a New York City suburb into a "containment zone." Schools and houses of worship in the town of New Rochelle will be closed for two weeks. A cluster of more than 100 cases there could be the largest in the nation, and National Guard troops were ordered to help clean public spaces and deliver food during the containment period, the AP reported.

In California, passengers on a cruise ship struck by coronavirus waited their turn to disembark on Tuesday. After being held off the California coast for several days, the ship docked Monday in Oakland with about 3,500 passengers and crew, including at least 21 who have tested positive for the virus.

Passengers from Canada and other countries were to be flown home, while Americans were being sent to military bases in California, Texas and Georgia for testing and 14-day quarantines, the AP reported. By Tuesday night, Princess Cruises said about 1,400 people had gotten off the ship. About 1,100 crew members were to remain aboard.

In the nation's capital, the Securities and Exchange Commission became the first federal agency in Washington to dismiss 2,400 employees from its headquarters on Monday after discovering that an employee might be infected, the Post reported.

During a media briefing on Monday, Vice President Mike Pence announced that millions of much-needed testing kits for COVID-19 are on the way to clinics and labs nationwide.

Pence heads the Trump Administration's coronavirus task force. He said the group reached out to governors from 47 states on Monday, and was "able to confirm with them that testing is now available in all state labs in every state in the country."

President Donald Trump opened the Monday briefing, seeking to reassure a rattled American public that his administration has the evolving coronavirus crisis under control.

"This was something that we were thrown into and we're going to handle it, we have been handling it very well," Trump told reporters.

Washington state continued to contend with an outbreak involving the Life Care Center nursing home in the town of Kirkland, CNN reported. State officials said a total of 24 people have now died from COVID-19 infection, with most either living at or connected with the nursing home.

Reacting to the crisis, Trump on Friday signed an $8.3 billion coronavirus package passed Thursday by the U.S. Congress.

Cases of infection have now been spotted in 133 countries and on every continent except Antarctica, according to the WHO.

As of Wednesday morning, the WHO had reported more than 118,000 cases of coronavirus worldwide, including almost 4,300 deaths, the vast majority of which have occurred in China, where the outbreak began.

In Asia, South Korea and Iran are each battling major outbreaks of COVID-19. In Europe, Italy ordered a travel lockdown of the entire country, some 60 million people, as it tried to contain a major outbreak of COVID-19. By Wednesday morning, the case count in that country had topped 10,000, with 600 deaths, the Post reported.