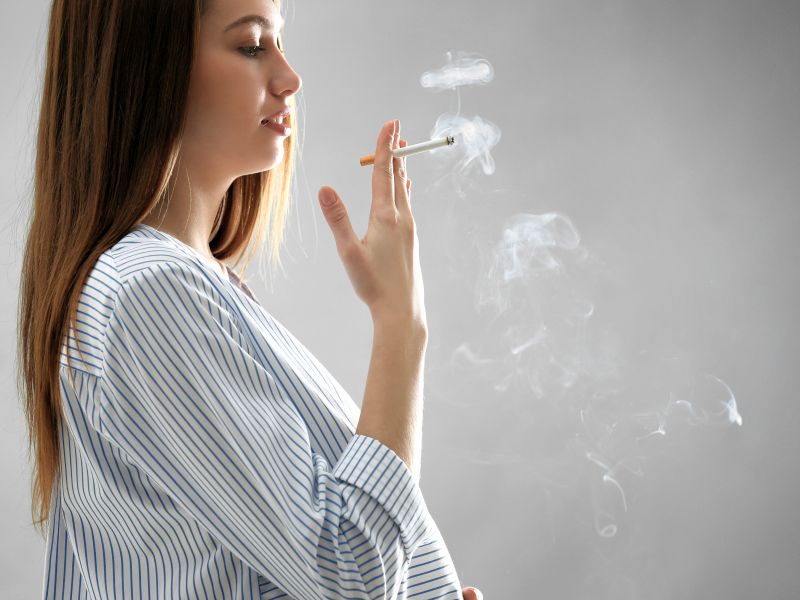 MONDAY, March 2, 2020 (HealthDay News) -- Even if a pregnant woman quits smoking in the first trimester, her baby is still at risk for a smaller body and head, a new study warns.

"The most important finding of our study is that although quitting smoking in the first trimester reduces the risk of low birth weight, brain size and body length in relation to body weight seem not to catch up," said study author Isabell Rumrich, a researcher at the University of Eastern Finland.

"This stresses the importance of quitting smoking already before pregnancy, since even smoking only during early pregnancy can have devastating effects on the long-term health of the unborn child," Rumrich added in a university news release.

Among newborns whose mothers smoked only during the first trimester, all three measurements of body size -- birth weight, body length and head circumference -- revealed signs of growth restriction. In addition, the infants' body proportions were abnormal, the researchers said.

The findings suggest a limited potential to repair fetal damage caused in early pregnancy, said the authors of the study. It was published Feb. 26 in the journal BMJ Open.

Tobacco smoke contains thousands of chemicals that can cross the placenta and enter fetal circulation, the researchers noted.