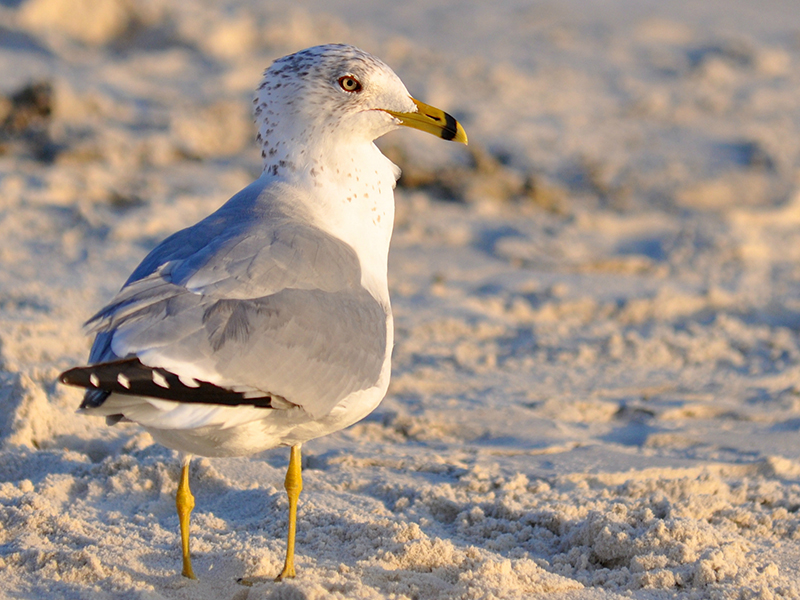 This suggests that the birds may watch you when deciding what to scavenge, according to the researchers.

"We wanted to find out if gulls are simply attracted by the sight of food, or if people's actions can draw gulls' attention towards an item," said study lead author Madeleine Goumas. She's with the Centre for Ecology and Conservation at the University of Exeter in Cornwall.

"Our study shows that cues from humans may play an important part in the way gulls find food, and could partly explain why gulls have been successful in colonizing urban areas," Goumas said in a university news release.

In the study, researchers placed two wrapped oat bars on the ground in front of 38 herring gulls. A researcher picked up and handled one of the bars for 20 seconds and then put it back on the ground, but did not touch the other bars.

The experiment was repeated with sponges cut into the same size and shape as the oat bars. The gulls' preference for the handled sponge did not exceed "chance levels." This suggests that human handling draws their attention to food in particular, according to the study. The findings were published Feb. 25 in the journal Royal Society Open Science.

"Our findings suggest that gulls are more likely to approach food that they have seen people drop or put down, so they may associate areas where people are eating with an easy meal," said study senior author Laura Kelley, also of the University of Exeter.

This highlights the importance of disposing of food waste properly, as inadvertently feeding gulls reinforces these associations, Kelley added.

Herring gulls have a "generalist diet" that typically includes fish and invertebrates, but they will also consume food found in landfills and household waste, Kelley said. "The effect of this shift in food quality and quantity away from more 'natural' sources is not yet clear," she noted.