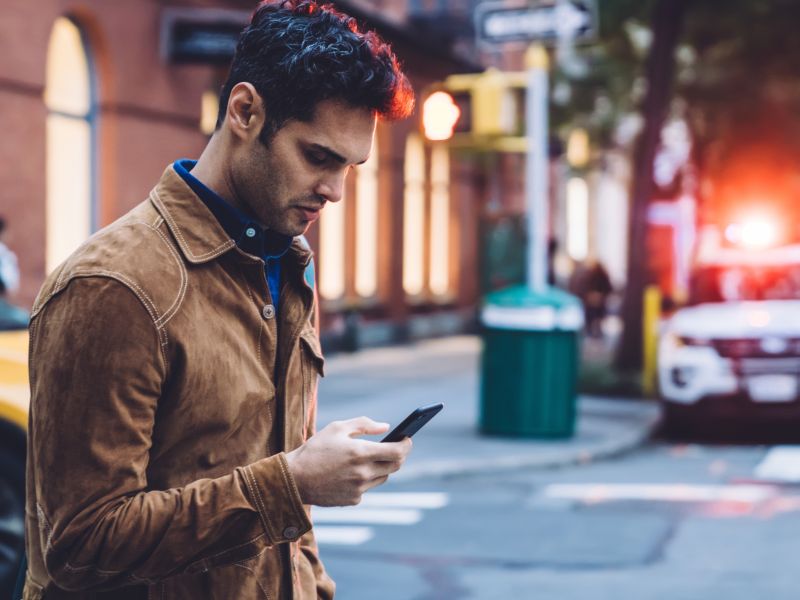 TUESDAY, Feb. 4, 2020 (HealthDay News) -- The dangers of "distracted driving" are well-known, but texting while walking may also be a road hazard, a new research review finds.

Pedestrians who are busy texting are less likely to look both ways before crossing the street and have caused a growing number of "close calls" with cars, the review found. And while chatting on a cellphone or listening to music can be distracting, neither was as bad as texting.

Much of the evidence comes from simulation studies -- where researchers observe people during virtual street crossings that pose no real danger. And it's not clear how often distracted walking factors into traffic crashes, the Canadian researchers said.

"Controlled experiments do not necessarily reflect the real world," said Alex Epstein, director of transportation safety at the nonprofit National Safety Council. He wasn't part of the study, but reviewed the findings.

On the other hand, Epstein said, "it just stands to reason" that if pedestrians are distracted by their phones, that could compromise their safety.

"You need all of your faculties available to navigate the roads," he said.

The study, published Feb. 3 in the journal Injury Prevention, comes at a time when pedestrian deaths are on the rise. In 2018, an estimated 6,283 pedestrians died in traffic crashes on U.S. roads, according to the U.S. National Highway Traffic Safety Administration (NHTSA).

The reasons for the rise are unclear, Epstein said, but several factors are thought to be behind it: higher speed limits in many areas of the country; impaired driving, and distracted driving.

The dangers of distracted driving -- whether from using cellphones, fiddling with the car's navigation system, or talking with passengers -- are well-documented. Texting is considered the most worrisome distraction, according to the NHTSA. Sending or reading a text takes a driver's eyes off the road for about 5 seconds, the agency says.

Because of that, texting while driving is now against the law in most U.S. states, according to the Governors Highway Safety Association. Many also prohibit drivers from using hand-held cellphones.

Much less is known about whether distracted pedestrians contribute to traffic crashes. For the new review, researchers led by Sarah Simmons at the University of Calgary were able to find 14 simulation studies.

Overall, those studies found, texting or browsing on a smartphone compromised people's virtual street-crossing skills. They were less likely to look both ways before crossing, and the distraction increased their risk of being "hit" or having a close call with a virtual vehicle.

In general, texting and browsing dulled pedestrians' skills more than talking on a cellphone or listening to music.

The Calgary team also found eight studies in which researchers observed pedestrians in the real world. Again, pedestrians who were busy with their phones were less likely to look around before or during street crossings.

"It's a mirror of the general issue of distraction," Epstein said. "We're more interested in our screens than in the reality around us."

"Undoubtedly, pedestrians are more distracted these days, and so are drivers," said Marshall, who was not involved in the study.

For pedestrians, the message is simple: "Please prioritize your safety over your device," Marshall said.

However, he stressed, "traffic safety is a communal responsibility." And the United States has a long way to go in making its streets safer for pedestrians, cyclists and vehicle passengers alike, Marshall said.

He pointed to Oslo, Norway, as an example of what's possible. The city -- which is the size of Washington, D.C. -- recently reported that no pedestrian or cyclist was killed on its roads in 2019.

Credit was given to several steps that Oslo has taken to boost traffic safety -- including lower speed limits, replacing nearly all on-street parking with bike lanes and sidewalks, and closing major downtown streets to cars.

"The U.S. needs to create roads that are designed for the collective safety," Marshall said. Yet as it stands, he noted, many communities lack even basic sidewalks.

Marshall also pointed to the "No. 1 priority" for drivers: slow down.

"Slowing down gives you more time to react, and it can make the difference between injuring someone and killing someone," he said.