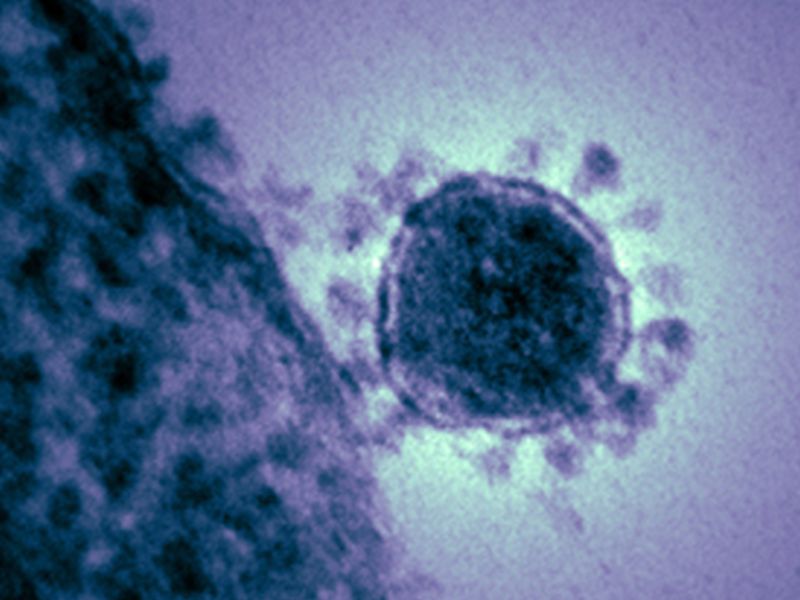 WEDNESDAY, Jan. 29, 2020 (HealthDay News) -- A man from Wuhan, the Chinese city that's the epicenter of the coronavirus outbreak, apparently transmitted the infection to his son living in Vietnam, a new case report shows.

The report, published Jan. 28 in the New England Journal of Medicine, highlights how the respiratory illness can spread person-to-person, experts say.

As of Wednesday morning, 5,974 cases of the coronavirus, dubbed 2019-nCoV, have been reported in China, while the death toll has climbed to 132. Only five cases -- all brought back from China by people traveling there -- have been reported in the United States, and patients are thought to be in good condition.

But researchers now believe that 2019-nCoV can be spread even when an infected person doesn't show symptoms. That could make the virus much harder to contain, experts say.

In the new case report, physicians led by Dr. Thuong Nguyen at the Pasteur Institute in Ho Chi Minh City in southern Vietnam said that a 65-year-old man from Wuhan appears to have transmitted the coronavirus to his 27-year-old son living just outside of Ho Chi Minh City.

The father, along with his wife, had flown from Wuhan to the northern Vietnamese city of Hanoi on Jan. 13. But four days later, after traveling southward in Vietnam, he developed a fever. On Jan. 22, he arrived at an emergency department in Ho Chi Minh City.

Tests showed that the man was ill with 2019-nCoV, and so he was put in isolation in the hospital and treated with a variety of antimicrobial drugs.

Though he has a number of chronic conditions -- high blood pressure, type 2 diabetes, lung cancer, and heart disease requiring a stent -- the man did recover from coronavirus. By Jan. 26 his "condition had improved," doctors said. His wife is healthy and appears to have never become infected.

However, the couple's otherwise healthy son met his father upon the latter's arrival in central Vietnam on Jan. 17 -- the son shared an air-conditioned hotel room with his parents for three days.

By Jan. 20, the son had developed a cough, vomiting and loose stools, and went to the hospital in Ho Chi Minh City on Jan. 22. All of that suggests that "the incubation period for 2019-nCoV may have been three days or less in this case," the doctors noted.

Because the son had no history of travel to a 2019-nCoV-endemic region, at this point "his father was thought to be the source of infection," Nguyen's team said.

As has happened in the vast majority of cases of 2019-nCoV infection, the son's condition has improved and is now "stable," doctors said.

There was some good news from the report: "The family had traveled to four cities across Vietnam using various forms of transportation, including planes, trains and taxis. A total of 28 close contacts had been identified, and symptoms of an upper respiratory infection have not developed in any of them," the Vietnamese team noted.

Still, person-to-person transmission outside of China is occurring in other places. According to The New York Times, such cases have also now been recorded in Germany, Japan and Taiwan.

"These reports are concerning, if they stand up to scrutiny, which they certainly sound credible," Dr. Arthur Reingold, a professor of epidemiology at the University of California, Berkeley, told The Times.

Sometimes the illness has been transmitted between family members, but in Japan a tour bus driver came down with coronavirus after driving two different groups from Wuhan, the newspaper noted.

"I think what that says is, if we can get transmission in such a setting, then we can certainly get it in the waiting room of a clinic or a hospital," Reingold said. "That's very concerning."

For now, no cases of person-to-person transmission within the United States have been reported.

Dr. Len Horovitz is a pulmonary disease specialist at Lenox Hill Hospital in New York City. Reading over the Vietnamese report, he said that "the novel coronavirus that is causing global concern appears to have an incubation of anywhere from three days to two weeks. Symptoms are similar to influenza symptoms -- aches, fever, dry cough, sweats -- but may include gastrointestinal symptoms such as vomiting and diarrhea."

Still, Horovitz said, most people recover from their illness -- the death rate is 3%, "not that much more than [the] influenza death rate of about 2%."

In fact, he said, flu remains a bigger threat to Americans at this time than 2019-nCoV. Up to "40,000 people die annually from influenza in this country in an average year -- and yet many people still refuse the flu shot," Horovitz noted.