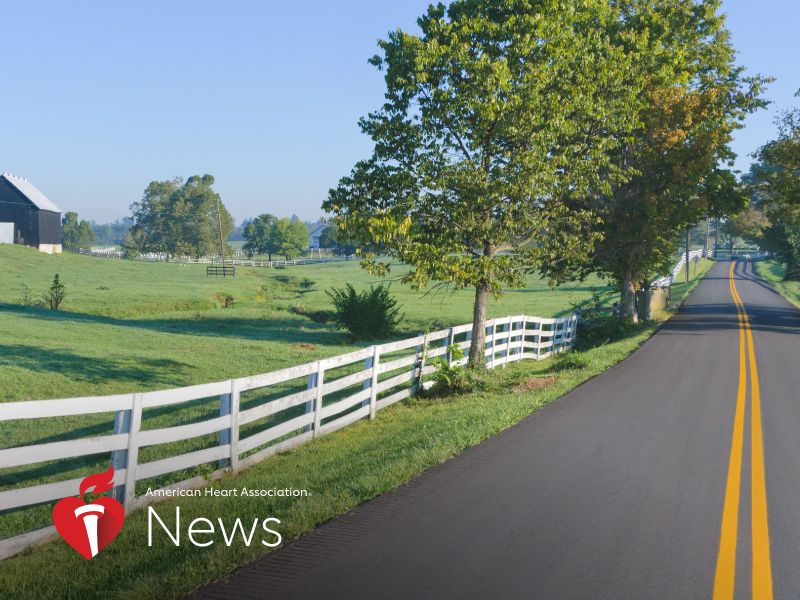 TUESDAY, Jan. 14, 2020 (American Heart Association News) -- Researchers who went into one of the nation's poorest regions to educate people about their health ended up getting a few lessons themselves – and together, they made some striking improvements.

The effort targeted Appalachian Kentucky, an area in the eastern part of the state that's near the bottom in economic measures but in the top 1% for cardiovascular disease. Social conditions that contribute to poor health – food deserts, limited educational opportunities, lack of space for exercise – abound.

A team from the University of Kentucky enrolled 355 people, most of them women, who had at least two risk factors for heart disease. Participants chose the factor they wanted to focus on, then took part in a 12-week self-care course that monitored progress and gave feedback.

Researchers checked their progress a year later. Compared with a group of people who did not enroll in the course, participants succeeded in meeting their goals much more often in crucial measurements such as blood pressure (88% met their goal versus 18% in the control group), cholesterol levels (83% versus 10%) and body weight (36% versus 9%).

Community-building was a key to the program's success, she said.

Many of the area's health care providers are outsiders there temporarily on fellowships, Moser said, and they think residents don't care about their own health. "They would say things like, 'You might as well not even try with these people.'"

But Moser and her team started by working with a well-established clinic, then enlisted local businesses and health care providers. They hired locals as recruiters.

Researchers intended to work with people one-on-one, but "it just didn't fly that way," Moser said. In that community-focused culture, residents wanted to tackle their problems as a group. "When we went to that approach, recruitment became really easy."

The program adapted to the culture in other ways, too, based on feedback they received in focus groups.

The research team, for example, learned that salt mining had been a big regional employer. "There's just this whole cultural background of salt as a good thing, as part of what comes from the earth," Moser said. So, the program put extra effort into education about sodium.

Planners came up with recipes that took local tastes into account. Bean soups, for example, are a staple in the area and can be a nutritious dish. But "if you end up putting pork fat in it and 50 gallons of salt, it's not so good for you. So, we showed people how to make a few adjustments that would keep things as they like them, but that were really healthy," Moser said.

The program did more than just lecture.

"People often said there's no place to exercise. So, we mapped out areas for them. We would show them how to really incorporate exercise into a day so that you get activity."

And researchers learned about broad, historical issues that get at the root of the area's health problems.

"In one focus group, a man said, 'I know people view us as Mountain Dew-swilling hillbillies.' But he then explained where that whole Mountain Dew history came from – that the idea of drinking sodas, or Mountain Dew, came from the need to have an uncontaminated source of drink, because the drinking water in a lot of those areas is ruined by coal mining."

One surprising result of all the work, Moser said, was people made improvements not related to their specific goals. For example, smoking rates decreased significantly even though few people specified that as something they wanted to focus on.

Donna Arnett, dean of the University of Kentucky College of Public Health and a past president of the AHA, called the results compelling for an educational program. Its success in getting people to quit smoking was particularly dramatic, she said.

The approach of having community members as partners has been successful elsewhere, she said, although this was the first time she'd seen it tried in rural Kentucky.

Being able to work with a trusted person is a "tremendous asset" in her state, she said. "I would think we could extend this model to other well-defined communities, other rural communities, even urban communities where you have populations who are underserved."

The key to doing that in Kentucky, Moser said, was understanding the area's culture, helping people understand the importance of self-care, and teaching them how to do it. "I think that's really applicable everywhere."