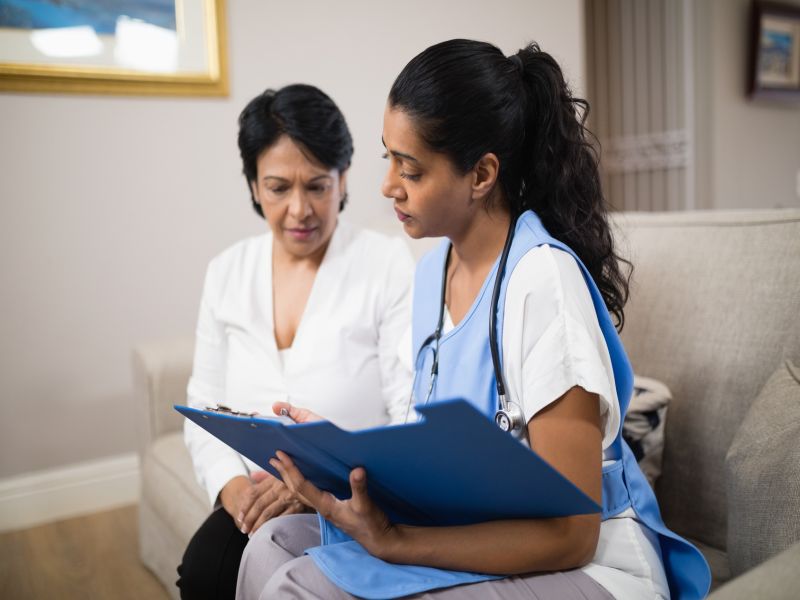 WEDNESDAY, Oct. 23, 2019 (HealthDay News) -- Language barriers between doctors and patients may translate into return visits to the hospital for certain heart or lung conditions, a new study suggests.

Conducted at two urban hospitals in Canada, the study found the heightened risks among patients with limited English skills who were suffering from either heart failure or chronic obstructive pulmonary disease (COPD) -- which includes emphysema and chronic bronchitis.

Of heart failure patients, about 22% returned to the emergency department within 30 days of a previous trip; that compared with 15% of patients proficient in English. Their risk of hospital readmission was also higher, the findings showed.

Meanwhile, COPD patients with limited English were not at greater risk of another ER visit. But their hospital readmission rate was higher: nearly 16% within 30 days, versus just under 12% among patients fluent in English.

The findings, published Oct. 22 in the Journal of the American Medical Association, add to evidence that language barriers can impede medical care.

And lead researcher Dr. Shail Rawal, of the University of Toronto, said the findings suggest that this is especially true for complex health conditions.

That's because patients with limited English were not at greater risk of return hospital trips for either pneumonia or hip fractures. Relatively speaking, the researchers said, those acute conditions have a simpler treatment plan. In contrast, heart failure and COPD are chronic ills that require more complicated management.

That makes sense, agreed Dr. Alicia Fernandez, a professor of medicine at the University of California, San Francisco, who studies language barriers in health care.

"With heart failure or COPD, we're asking patients to do a lot of self-management," said Fernandez, who was not involved in the study.

That requires a conversation, she explained, and not just a straightforward translation of medication instructions.

What can be done? Larger medical centers, including the hospitals in this study, typically have interpreter services, Rawal said. That includes trained hospital staff or offsite services done by phone or video.

One problem, though, is that hospital staff often do not use those services.

"Even in settings where they're available, few patients actually get them," Rawal said.

It's not clear whether, or how often, patients in this study were provided with an interpreter. But other research has pointed to benefits from having those services, such as shorter hospital stays, Rawal noted.

However, Fernandez said that while interpreter services are "very helpful and necessary," they have limits when it comes to complicated medical conditions.

"When you're talking to a patient through an interpreter," she said, "it's harder for patients to ask questions and to have a discussion."

There is evidence that patients fare better when their health care provider is fluent in their primary language. In her work, Fernandez has found that when Hispanic diabetes patients with limited English switched to a doctor fluent in Spanish, their blood sugar control improved, on average.

Diabetes, Fernandez noted, is another condition that's complicated to manage.

The latest findings are based on nearly 9,900 patients treated at either of two Toronto hospitals over eight years. Just over 2,300 had limited English proficiency, based on their medical record.

In general, those patients were older, had lower incomes, and had more co-existing health conditions, versus patients who were primarily English-speaking.

But even when the researchers accounted for those differences, patients with limited English showed a higher risk of repeat hospital trips.

For now, Rawal said, patients can ask for an interpreter when they land in the hospital. The service should be free of charge, she added.

And what if a family member is fluent in English? "I'd encourage family members not to take on the role of interpreter," Rawal said.

That's partly because professional interpreters are trained in conveying medical information. And ideally, Rawal said, relatives should be listening to the discussion, rather than trying to translate it.

But, ultimately, there is a need for more health care providers with diverse language skills, Fernandez said. As an example, hospitals could have discharge nurses who are fluent in the languages common to the local area, she said.