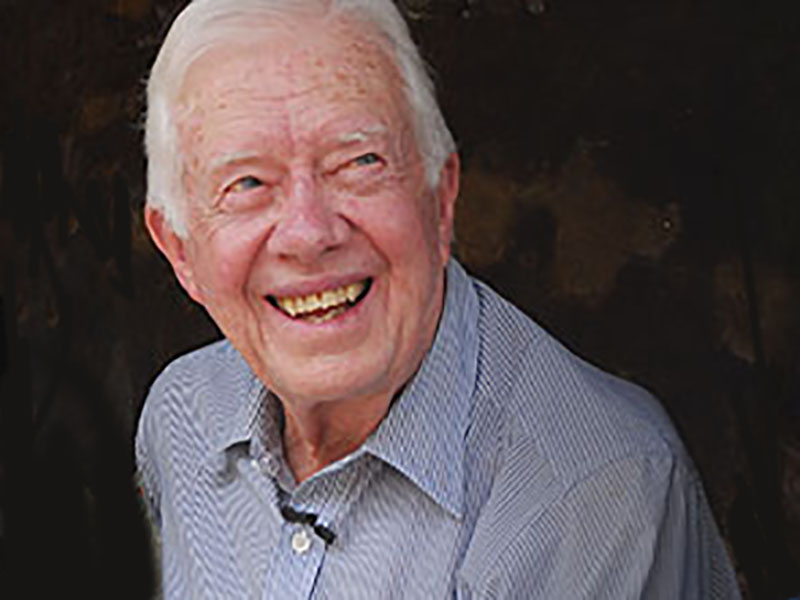 TUESDAY, Oct. 22, 2019 (HealthDay News) -- Former U.S. President Jimmy Carter is recovering in a Georgia hospital after he broke his pelvis in a fall at his home on Monday night.

"He has been admitted to Phoebe Sumter Medical Center for observation and treatment of a minor pelvic fracture," said a statement issued early Tuesday by The Carter Center. "He is in good spirits and is looking forward to recovering at home."

The Atlanta-based nonprofit was founded in 1982 by the 95-year-old and his 92-year-old wife, Rosalynn.

Carter was president from 1977 to 1981 and this year became the longest-living president, The New York Times reported.

Earlier this month, Carter needed stitches above his eyebrow after falling at home. In May, he was treated for a broken hip after a fall at home. In December 2015, Carter announced he was cancer-free after treatment for melanoma that had spread to his brain, the newspaper reported.

On Oct. 17, the Carters became the longest-married presidential couple at 26,765 days and are "still going strong," The Carter Center said.