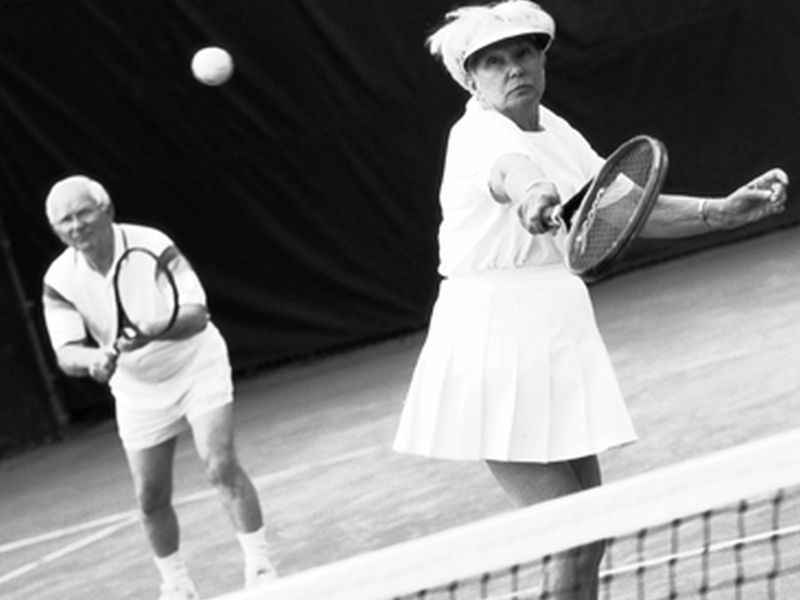 THURSDAY, Sept. 19, 2019 (HealthDay News) -- For people at risk of Alzheimer's disease, working out a couple of times a week might at least slow the onset of the illness, new research suggests.

Regular exercise over a year slowed the degeneration of the part of the brain tied to memory among people who had a buildup of amyloid beta protein in their brain. These protein "plaques" are a hallmark of Alzheimer's, noted researchers at the University of Texas Southwestern Medical Center in Dallas.

Aerobic exercise didn't stop plaques from spreading, but it might slow down the effects of amyloid on the brain, especially if started at an early stage, the research team suggested.

"What are you supposed to do if you have amyloid clumping together in the brain? Right now doctors can't prescribe anything," lead researcher Dr. Rong Zhang said in a university news release.

However, "if these findings can be replicated in a larger trial, then maybe one day doctors will be telling high-risk patients to start an exercise plan," he said. "In fact, there's no harm in doing so now."

One expert who wasn't involved in the study agreed with that advice.

"Exercise is an excellent way to both prevent Alzheimer's and to help patients with Alzheimer's disease stay stable for longer periods of time," said Dr. Gayatri Devi, a neurologist specializing in memory disorders at Lenox Hill Hospital in New York City.

"Aerobic exercise, three to four times a week, has been shown to help grow brain cells in the part of the brain called the hippocampus, the key area for both laying down new memories and for retrieving old ones," she explained.

In the new study, Zhang and colleagues randomly assigned 70 people aged 55 and older to either half-hour workouts of aerobic exercise four to five days a week, or less strenuous flexibility training.

All of the patients had some amyloid plaque buildup in their brains at the beginning of the study, and were classed as having "mild cognitive impairment," often a precursor to Alzheimer's.

Followed over one year, people in both groups maintained similar mental abilities in memory and problem solving, the researchers noted. However, those in the aerobic exercise group showed less shrinkage of the brain's hippocampus as seen on scans. The hippocampus is an area of the brain important to memory and one of the first areas usually affected by Alzheimer's, Zhang's group explained.

"It's interesting that the brains of participants with amyloid responded more to the aerobic exercise than the others," Zhang said. "Although the interventions didn't stop the hippocampus from getting smaller, even slowing down the rate of atrophy through exercise could be an exciting revelation."

To further test the effect of exercise, Zhang is heading up a five-year trial that includes more than 600 older adults, aged 60 to 85, who are at risk for Alzheimer's.

"Understanding the molecular basis for Alzheimer's disease is important," Zhang said. "But the burning question in my field is, 'Can we translate our growing knowledge of molecular biology into an effective treatment?' We need to keep looking for answers."

Dr. Jeremy Koppel is associate professor of psychiatry and molecular medicine at the Litwin-Zucker Center for Alzheimer's Disease & Memory Disorders, at Feinstein Institutes for Medical Research in Manhasset, N.Y. Reading over the new findings, he said that, on the whole, the study was "disappointing" because exercise "did not have any specific effect on tests of memory, mental flexibility or amyloid deposition in patients with mild cognitive impairment."

While the finding regarding hippocampus size was interesting, "this was not the primary outcome measure of the study," Koppel noted. So, "it may be that aerobic exercise interventions are best targeted at those not suffering already from cognitive impairment," he said.

The report was published Sept. 17 in the Journal of Alzheimer's Disease.